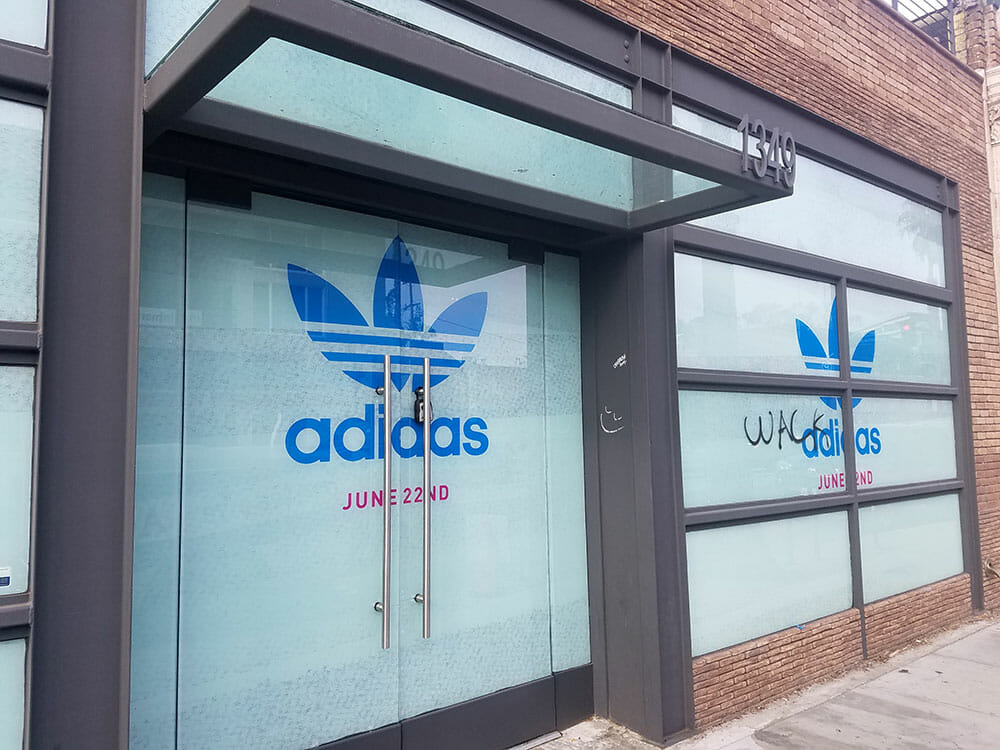 Now that Adidas has bona fide fashion street cred, it's taking on one of LA's most stylish shopping stretches. The German sportswear brand tells us it's setting up a permanent shop on Abbot Kinney, and as seen in the photographic proof above, it's slated to open Thursday, June 22nd.

The athletic gear giant is taking over the space formerly occupied by beloved Venice resto Hal's Bar & Grill (which relocated down the street last year). We're guessing it'll stock Adidas' full line of clothing, footwear, and accessories alongside its Originals collection and designer collabs — and attract Westside sneakerheads to the coastal retail therapy haunt, too.

Westfield Will Give You Discounts For Your Closet Castoffs Starting Tomorrow

0
Danielle Directo-Meston April 21, 2017
ADVERTISEMENT
GET OUR NEWSLETTER
MOST READ THIS WEEK