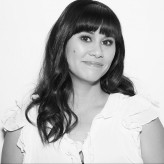 Currently The Hollywood Reporter's first in-house e-commerce writer, Danielle is a born-and-raised Angelena who spends her spare time running UncoverLA.com. Before launching Uncover LA in September 2016, she was the associate editor of Racked LA. Her writing has appeared online at Rolling Stone, MyDomaine, and Curbed LA and in print in Where Los Angeles, C, and Pacific San Diego magazines. When she's not busy writing, you can find her exploring L.A.'s many corners with her husband, two young kids, and two dogs.

The dreamy Maison is the French skincare brand's first-ever outpost beyond Paris' Champs-Elysées.

The cult-favorite brand's Amber and Billy bags have a space of their own in L.A.

'Marvelous Mrs. Maisel' Is Taking Over LA with Some of New York's Most Iconic Spots

Fans can hang with the TikTok sisters tonight (and enjoy makeup touch-ups and more) at the shop's grand opening party.

The Béis Motel will hold court from May 25 to June 19 with plenty of events, too.

Biologique Recherche's First Boutique and Spa in the U.S. Is Coming to Melrose Place

It marks the French skincare brand's first standalone location on the West Coast.

Welcome to 10 Questions, a monthly series that explores L.A. through the eyes of its coolest citizens.

From itty bitty bikinis to retro maillots and more.