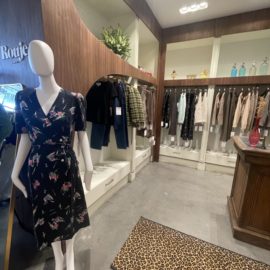 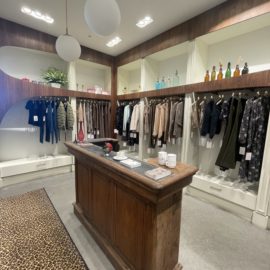 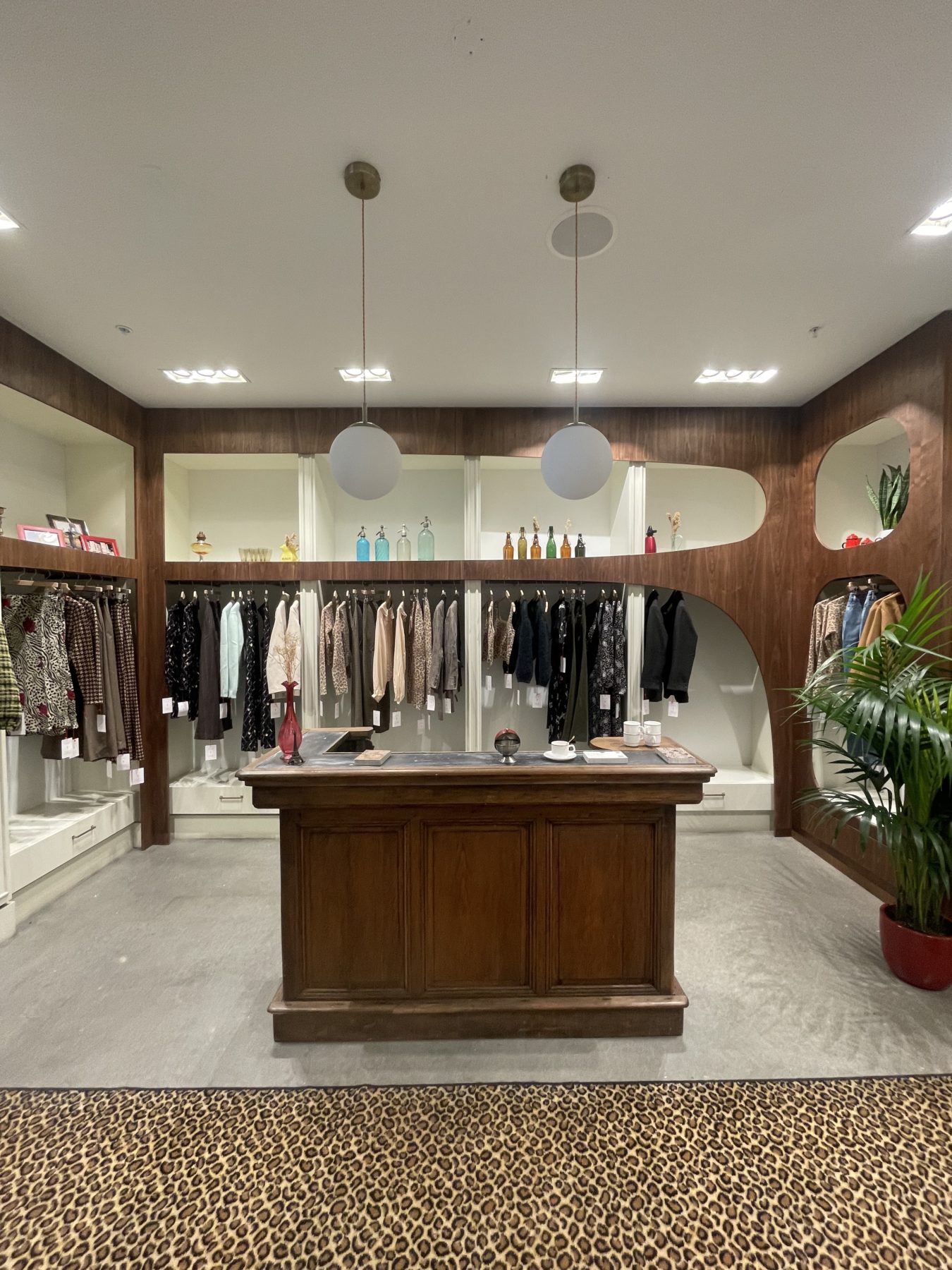 Fred Segal, the iconic L.A.-based pioneer of the shop-in-shop concept, is home to a new and exclusive pop-up with Parisian fashion label, Rouje. The label, founded in 2016 by Jeanne Damas, will call WeHo its home for a short stint after having launched on Friday, October 1.

Rouje kicked off its seasonal pop-up with the retailer by unveiling its fall collection, followed shortly by its holiday collection. Damas began Rouje after having been inspired by the Parisian women she admired in her youth. To that aim, Rouje offers elegant and timeless pieces designed for women by women.

"It's a great opportunity to be in Los Angeles – a city that's very inspiring to the Rouje design team and me. I admire the boldness and freedom of Californian women, their effortless style which echoes with this certain Parisian nonchalance," said Damas.

And to pay homage to its French roots, Rouje's pop-up space features design elements reminiscent of a standard brasserie, offering Angeleno's a taste of the refined European charm that's become synonymous with the brand. The Rouje Paris collection, which is exclusively available to shop IRL at Fred Segal's WeHo location, consists of vintage-inspired pieces including printed dresses and blouses, denim, tailored jackets, and more that range from $55 to $470.

Supported by a tight-knit group of artistic and imaginative friends, Damas has directed and reinvented her dream wardrobe season after season. In addition to accessories and a beauty line, she launched the label to highlight women's own personal styles and to let them express their femininity freely.

"We are so excited to announce the Rouje pop-up at Fred Segal and look forward to offering a taste of the brand's Parisian charm to the Los Angeles community. Jeanne's designs are at heart, a love letter to women resulting in pieces that are simultaneously effortless yet special," said Ashley Petrie, Fred Segal's senior vice president of merchandising.

Fred Segal is the iconic lifestyle brand that defined the L.A. look and sparked a revolutionary shift in style, changing retail and pop culture forever. Segal, dubbed the original "Curator of Cool," opened his first store in 1961 and invented the denim bar. He knew, perhaps better than anyone else in the business at the time, that people wanted to be comfortable, casual, and sexy – without sacrificing any of the three. While designing his own collection, Fred pioneered the shop-in-shop concept and experiential retail – resulting in a brand built on inclusivity and love.

"Rouje is the sum of inspirations and desires. The strong women from Almodovar's films, their impatient ways, a tweed jacket that's a bit retro, a stroll in Belleville, the freedom to be overdressed or underdressed. And above all, a love letter to all women," said Damas.

Scroll through the gallery above for a closer look at the seasonal pop-up and check out the address and hours below to plan your visit.

0
Nina Aghadjanian October 17, 2021
ADVERTISEMENT
GET OUR NEWSLETTER
MOST READ THIS WEEK