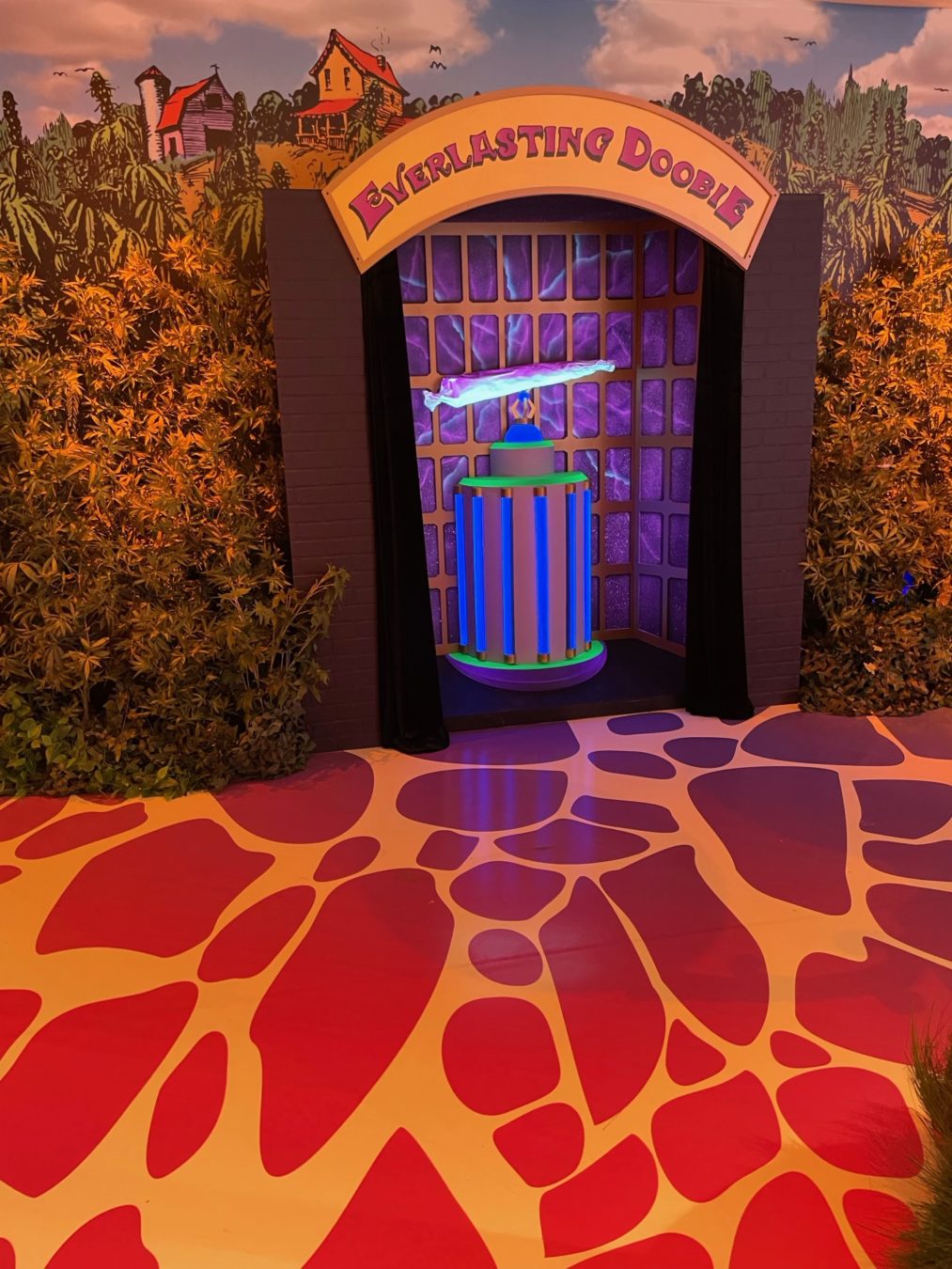 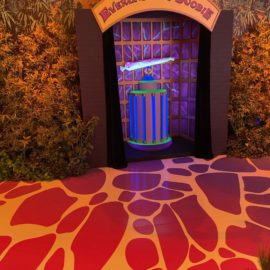 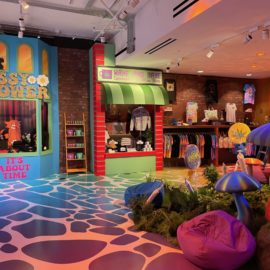 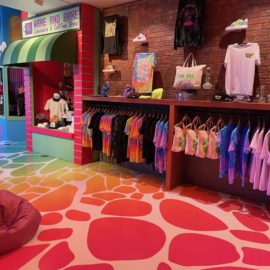 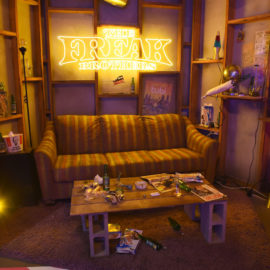 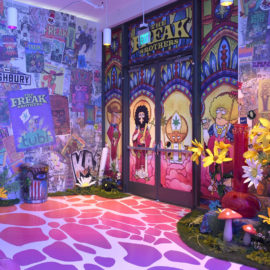 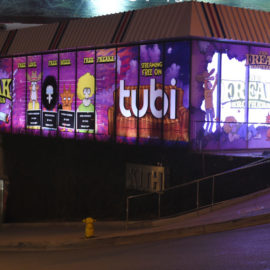 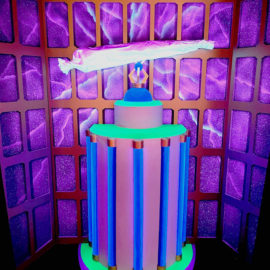 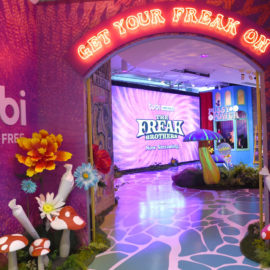 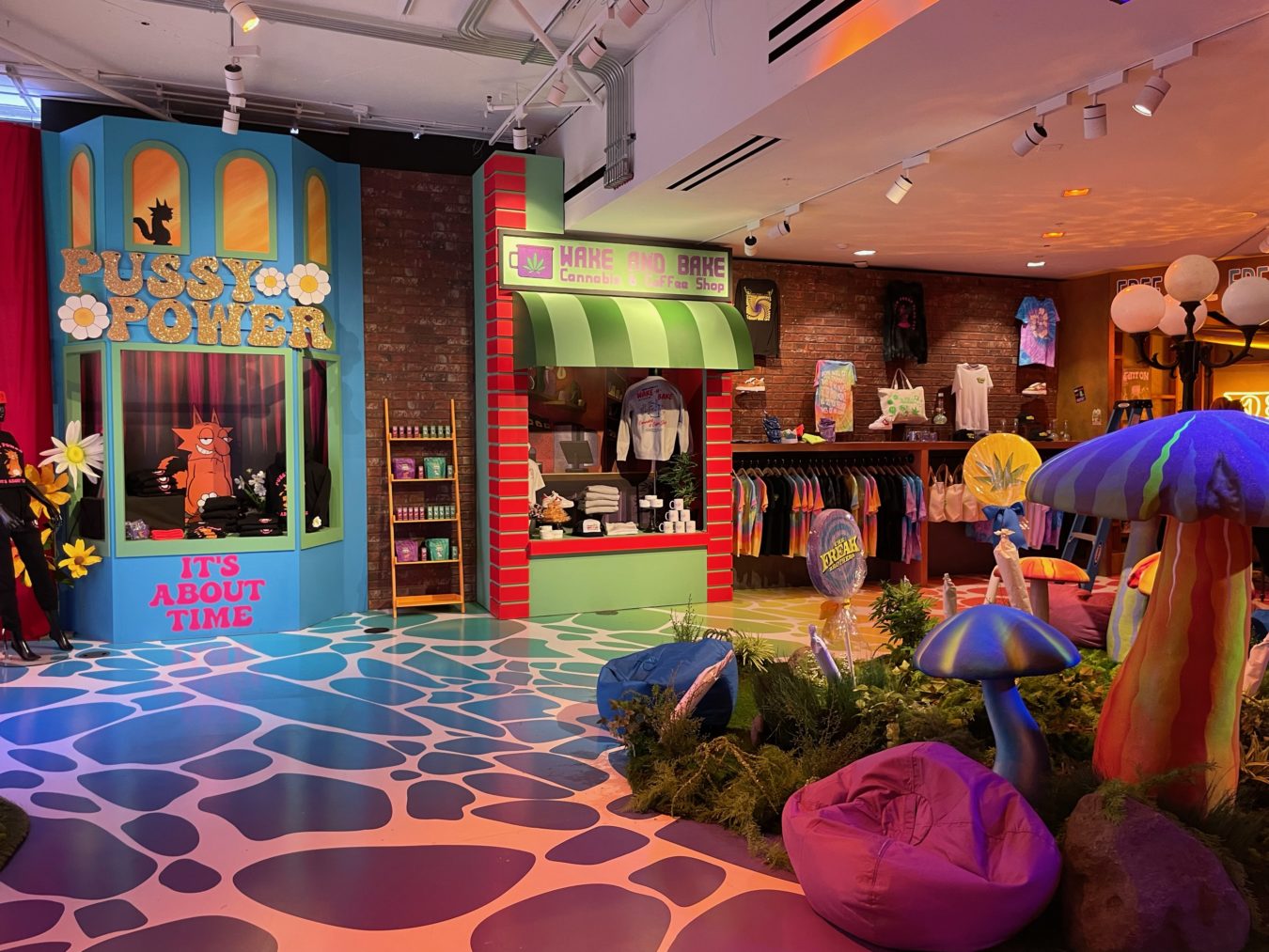 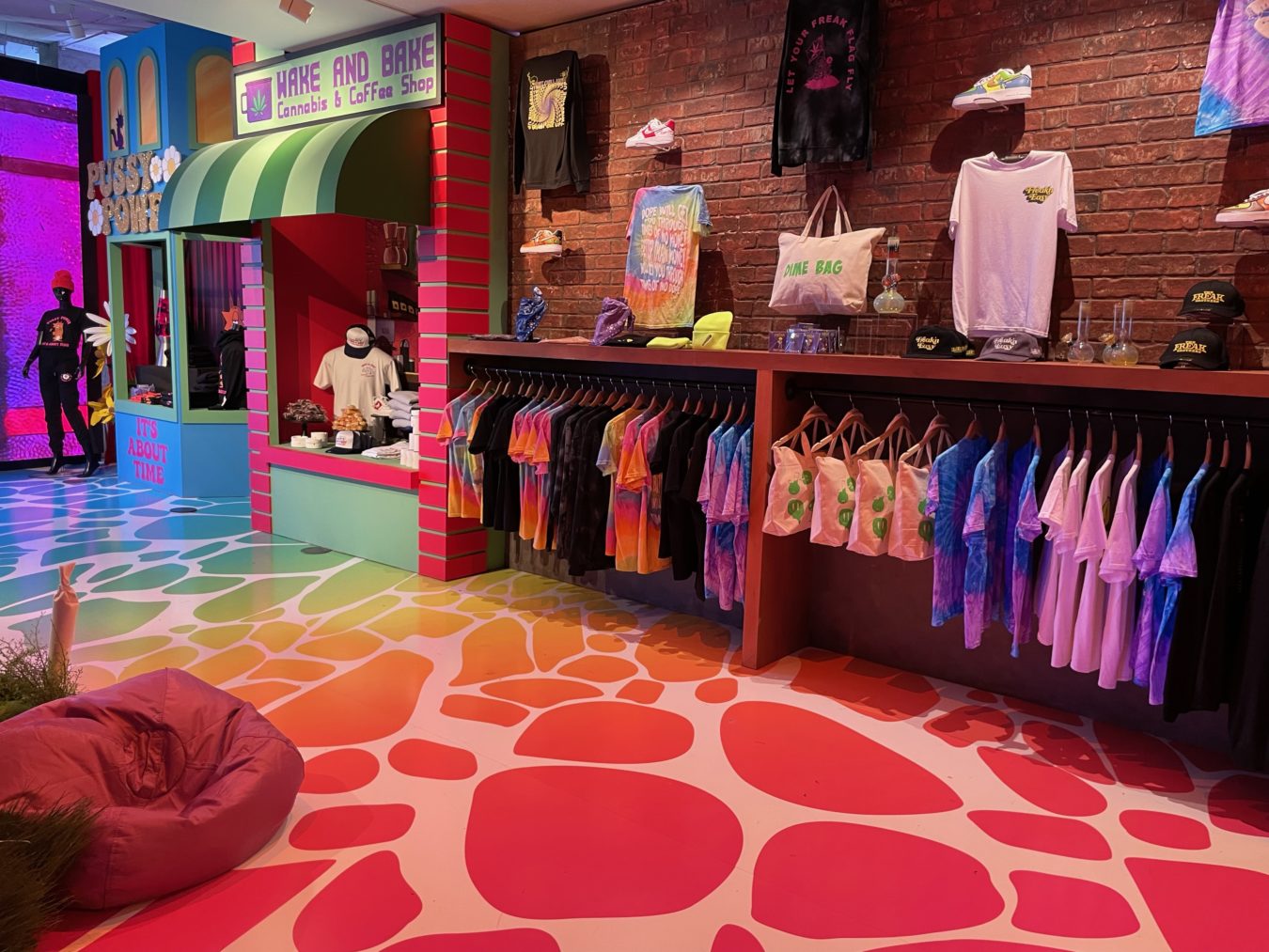 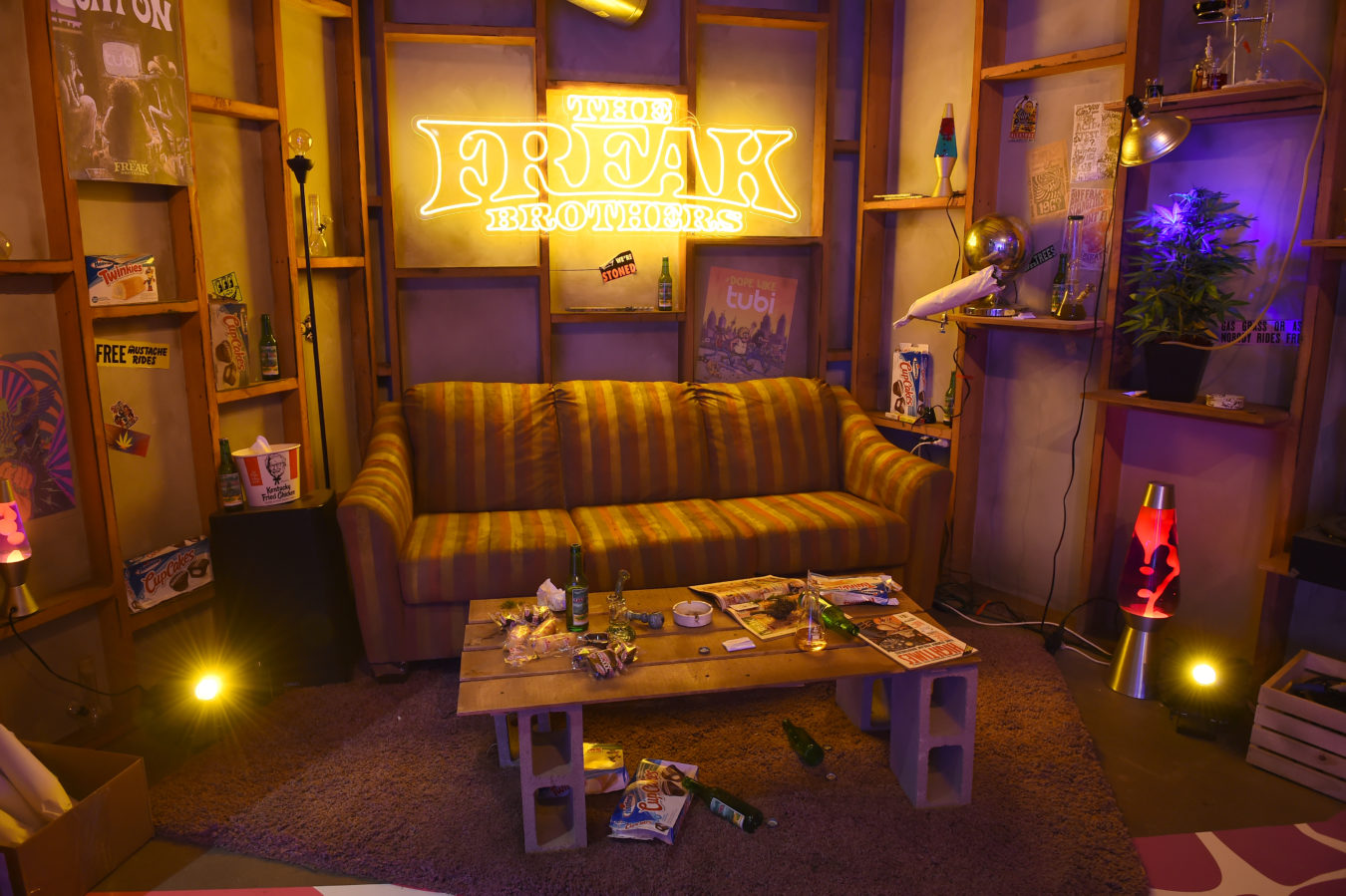 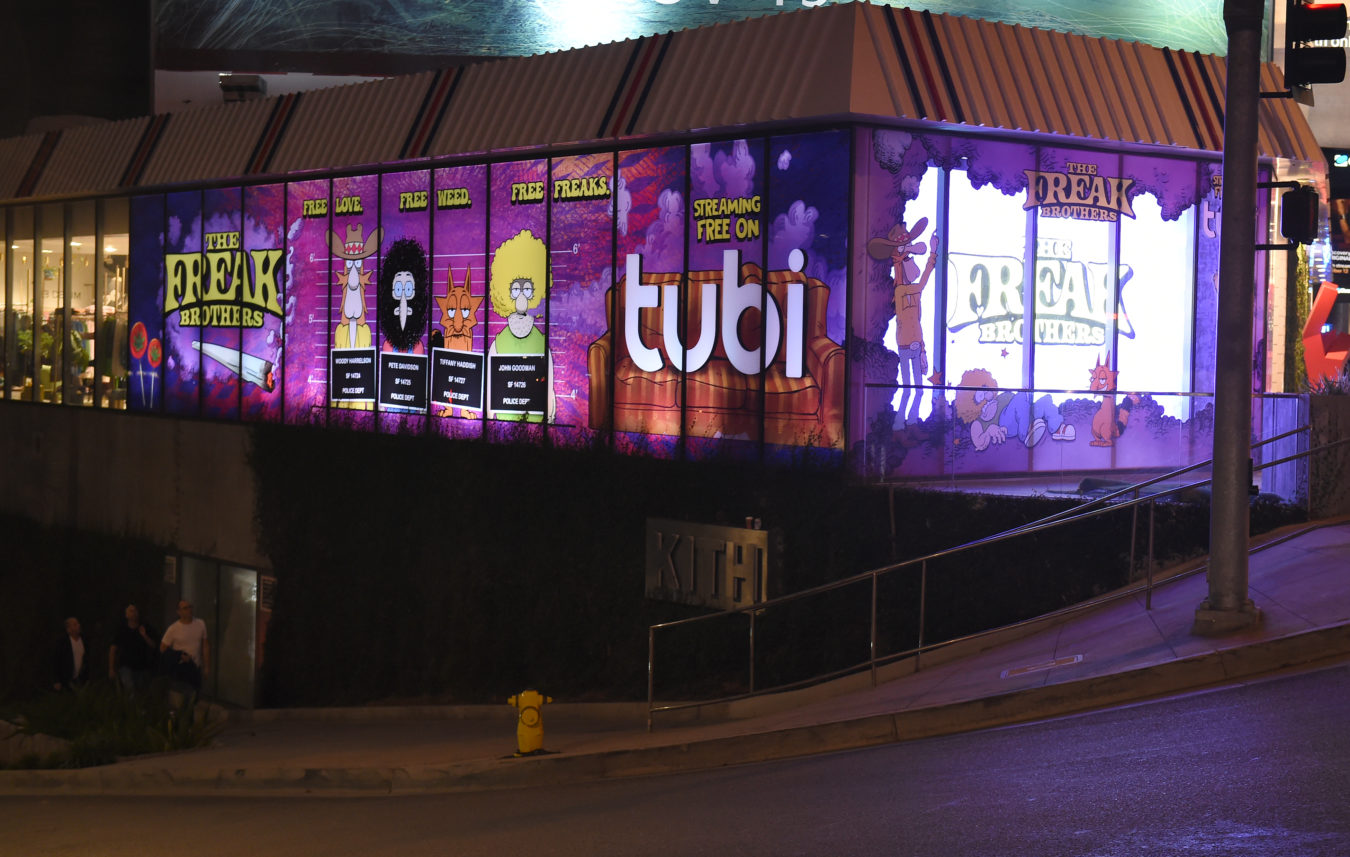 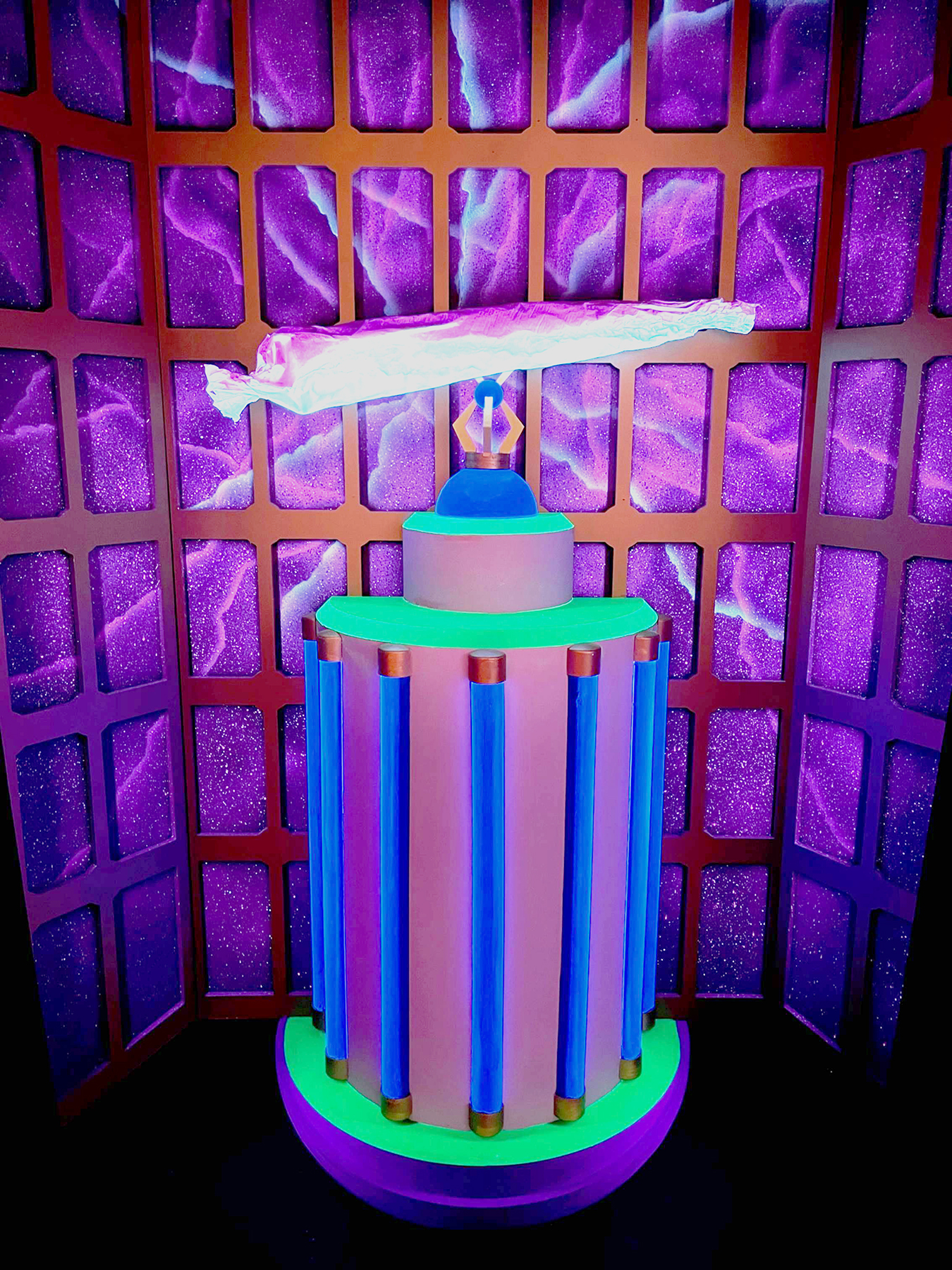 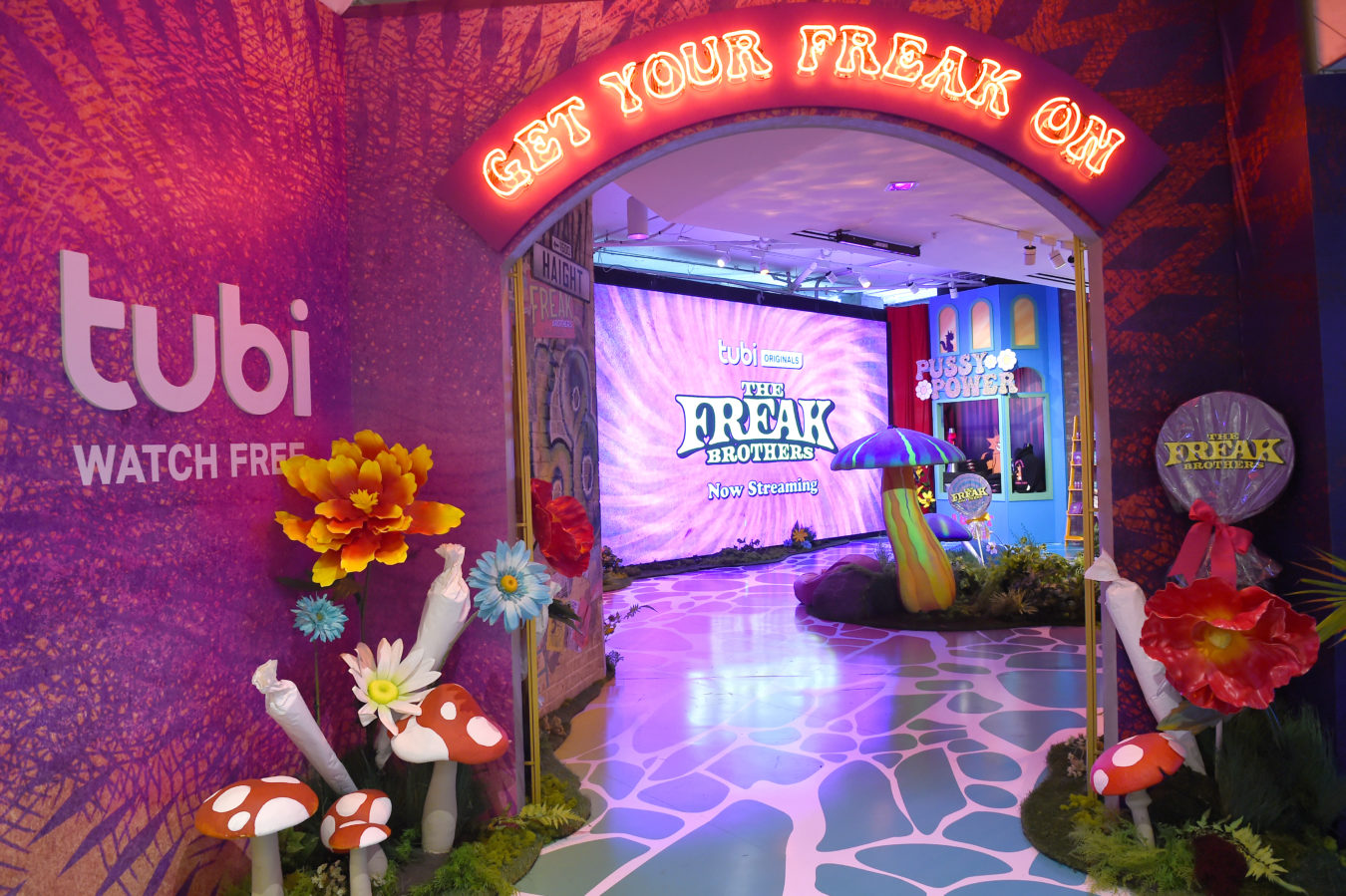 Non-trippers, prepare yourselves for a sensory overload unlike any other you've experienced at L.A.'s iconic Fred Segal's Sunset Boulevard flagship store. Tubi's first original animated series The Freak Brothers has taken over the iconic retailer in celebration of the series' November launch. The immersive psychedelic pop-up invites guests to time travel back to the 1960s now through Saturday, January 15.

Those entering Fred Segal will be transported into The Freak Brothers psychedelic world with elements inspired by one of the series' episodes that spoofs the famed Willy Wonka factory. Overall, the hallucinatory space carries a 1960s/70s Haight-Ashbury kind of vibe with giant mushrooms, joints, and flowers growing out of the ground. Visitors can sit in a real-life version of the Freaks' basement, witness the Everlasting Doobie, and get lost in a generally kaleidoscopic land while checking out the eclectic and exclusive collection of merch that celebrates the show. The space was produced and created by experiential marketing agency and production company LTDU in collaboration with creative director Nicolee Webb of Nicolee Interiors.

A collection of fanciful apparel and lifestyle products with classic comic book imagery commemorates the 50-year history of The Freak Brothers and reintroduces the world to the underground comic about a fictional trio of stoners from 1968. From tie-dye tees and hand-blown glass bongs to pet CBD products and customized Nike Air Force 1's by Schlep's, The Freak Brothers brand playfully transcends multiple spaces. Collaborations include top lifestyle streetwear brand Free & Easy tees and hats, and glass bongs from the iconic Jerome Baker Designs. All are available IRL or online.

"In the spirit of The Freak Brothers and their cat, we wanted to create a pop-up in Los Angeles for people to enjoy and chill in. During the holidays, New York has Rockefeller Center, Central Park, and the windows of Bergdorf Goodman, but forget all of that – now, L.A. has The Freaks," said co-founder and chief executive officer of WTG Enterprises and executive producer of show Courtney Solomon.

The Freak Brothers is based on the cult classic underground comic series that sold 45 million copies and was translated into 17 languages around the world. The eight-episode animated series chronicles the escapades of a trio of anti-establishment stoners and their cat who wake up from a 50-year nap after smoking a magical strain of weed in 1969. They're now forced to adjust to life with a new set of housemates in present-day San Francisco.

Check out the gallery above and address below to plan your trip to the new Fred Segal pop-up, just be sure to pack some snacks for when the munchies hit.

Female-Founded, Plant-Based Dear Bella Creamery Owners On Taiwanese Heritage and the One Flavor L.A.'s Not Ready For

0
Nina Aghadjanian December 7, 2021
ADVERTISEMENT
GET OUR NEWSLETTER
MOST READ THIS WEEK

L.A.'s Best Events This Weekend, From the World's Largest Nerf Battle to Fourth of July Celebrations, and More

The Best Spots in L.A. to Watch 4th of July Fireworks

The Best L.A. Sales to Shop This Week, Including Weworewhat, Donni, Frame, & More