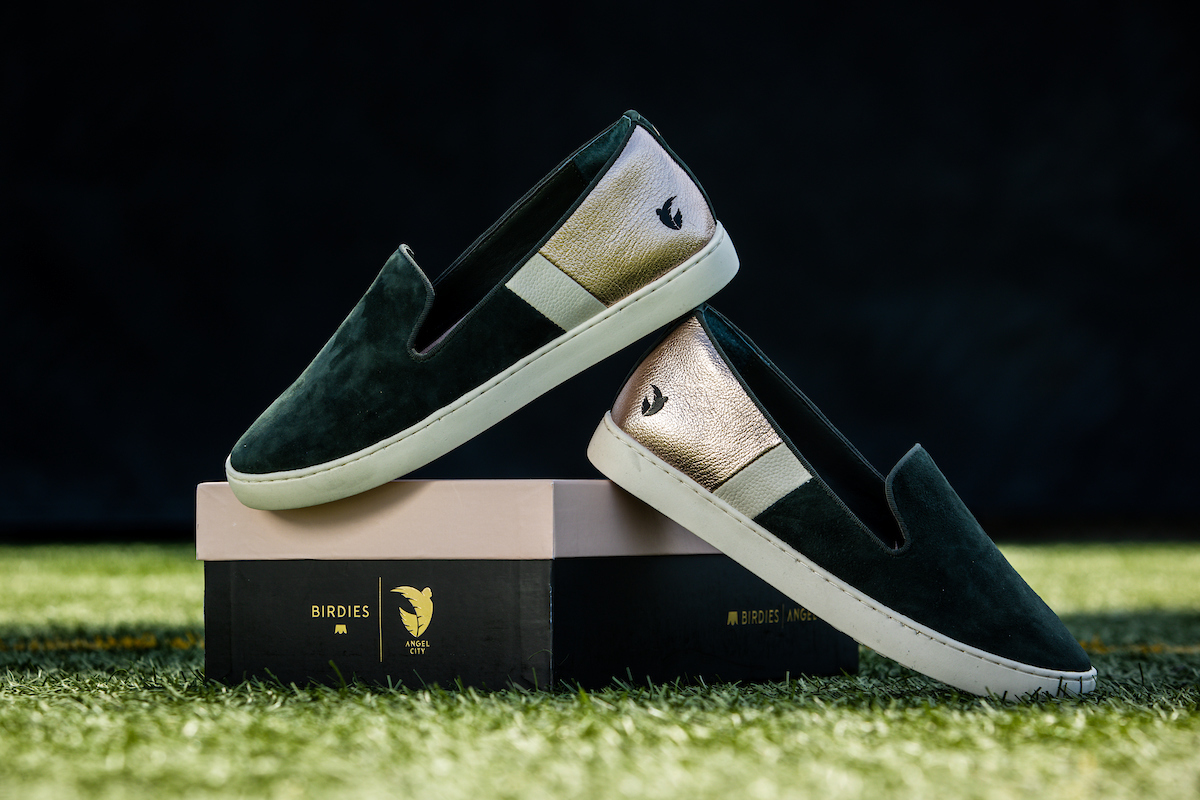 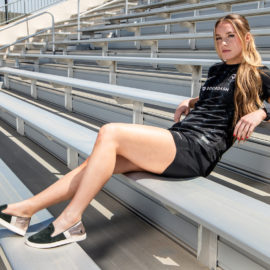 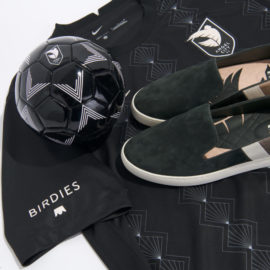 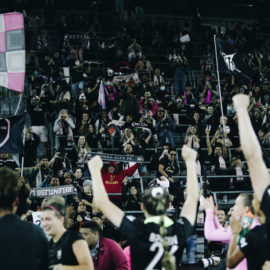 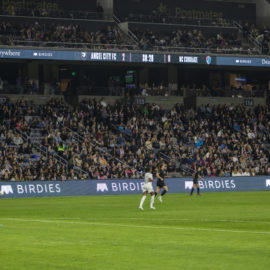 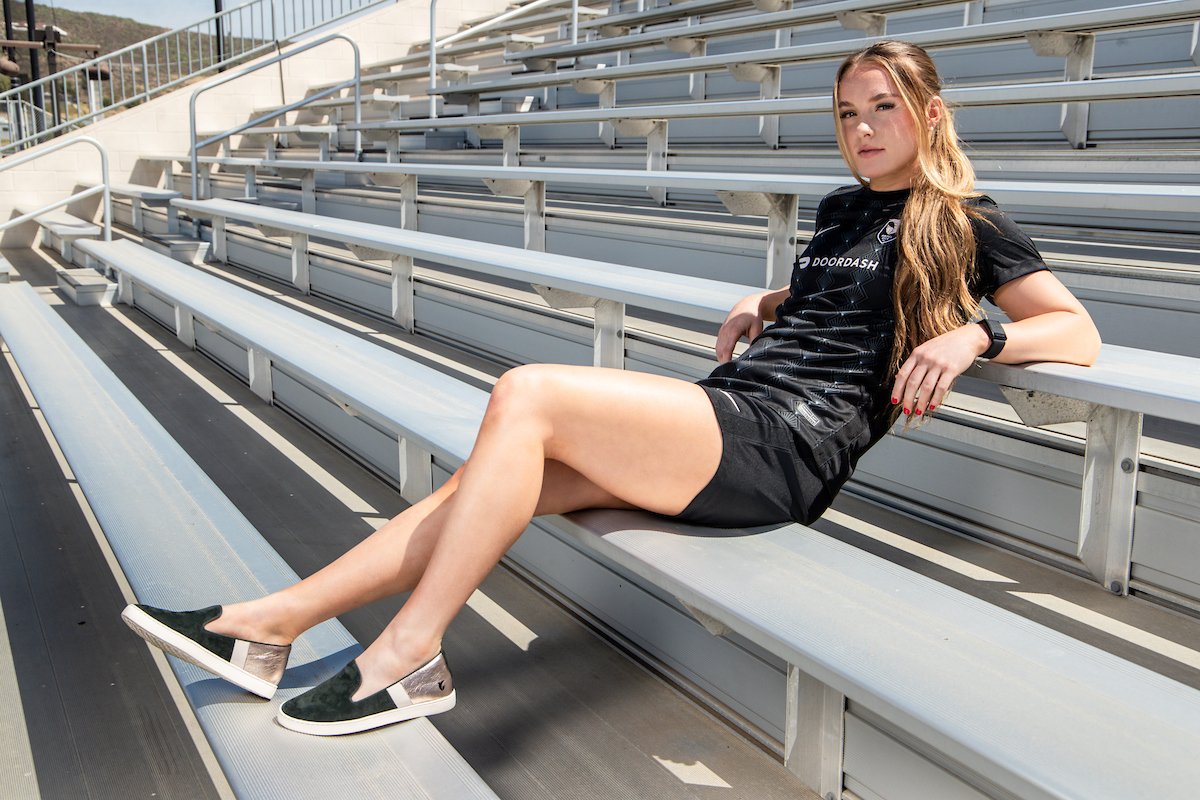 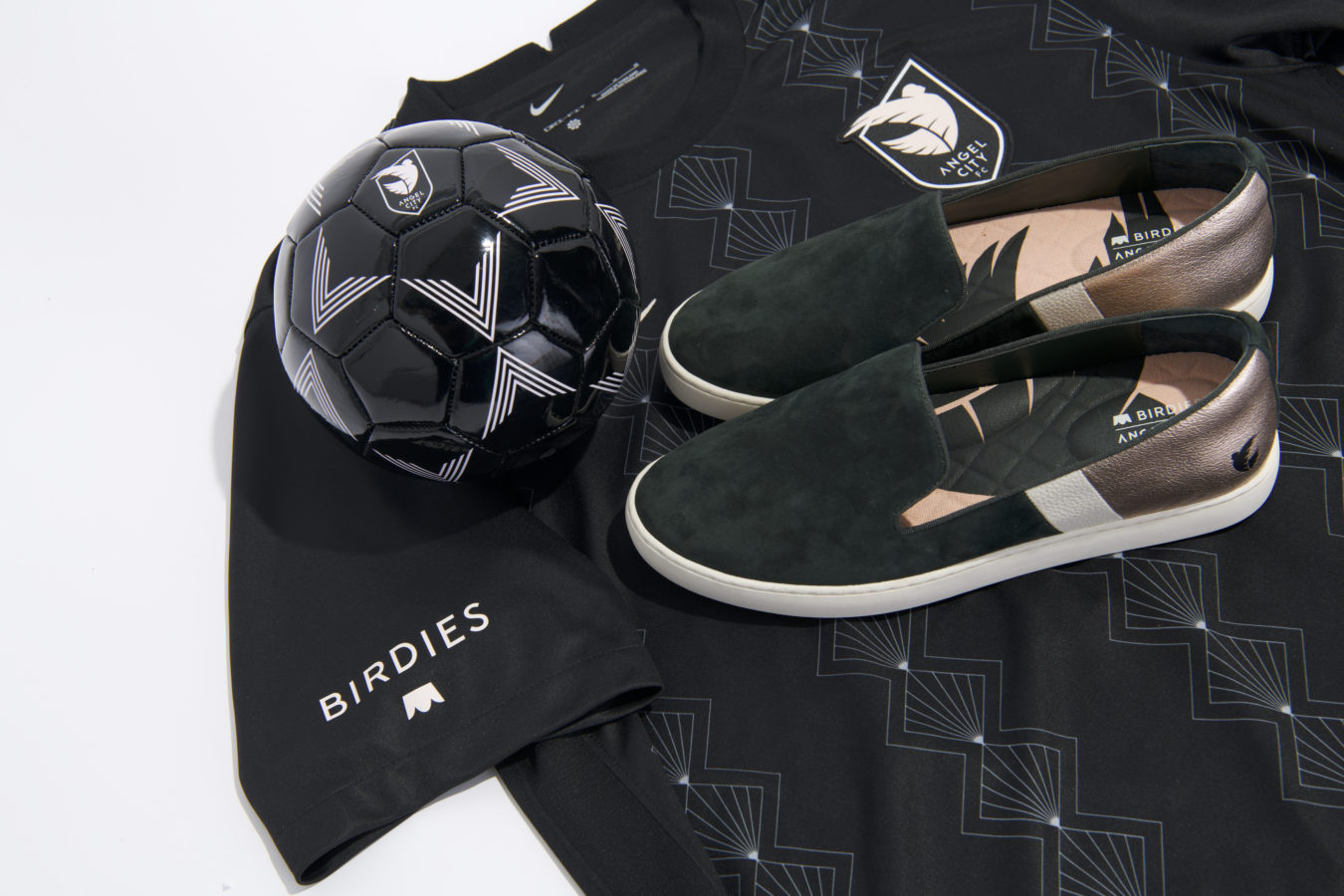 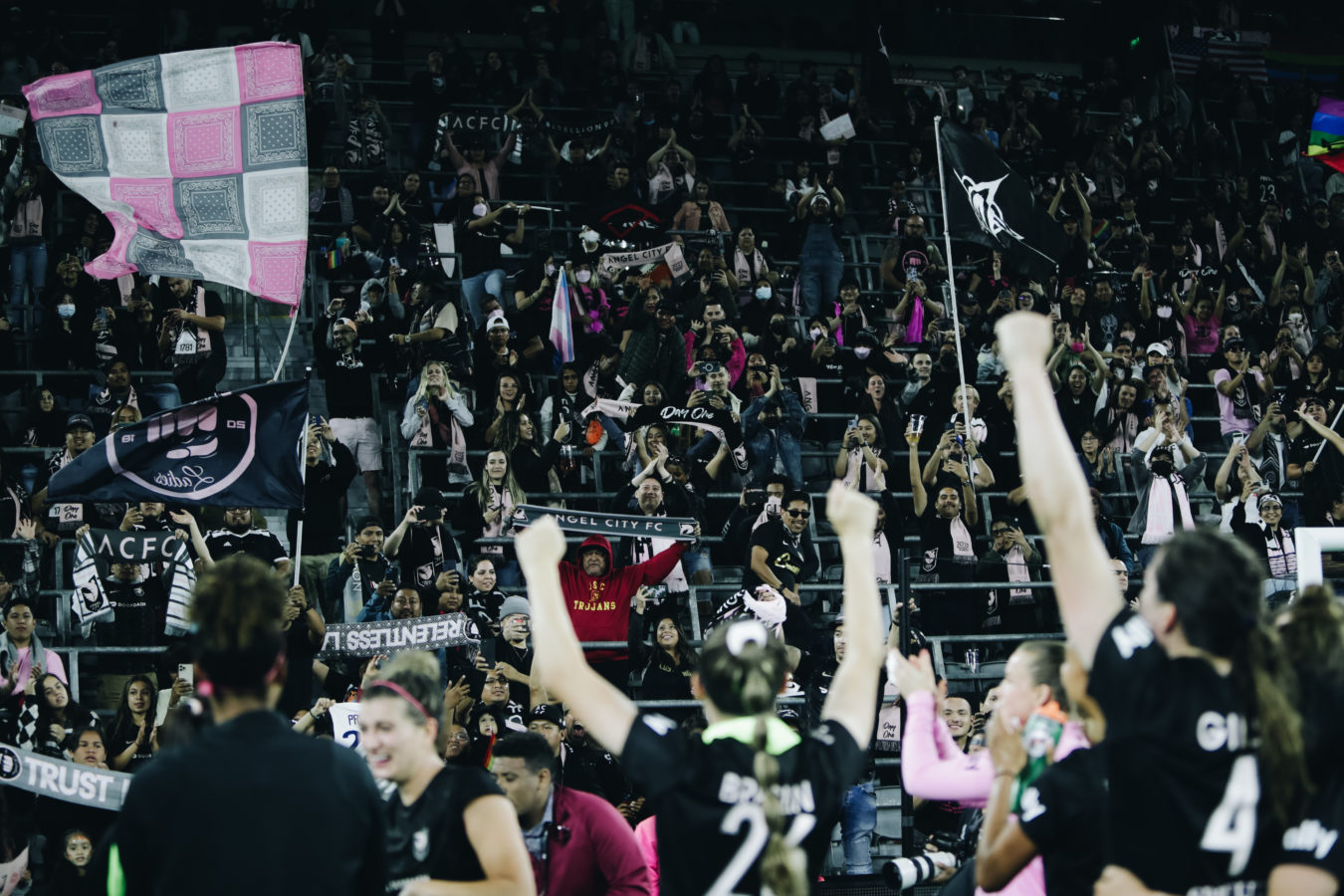 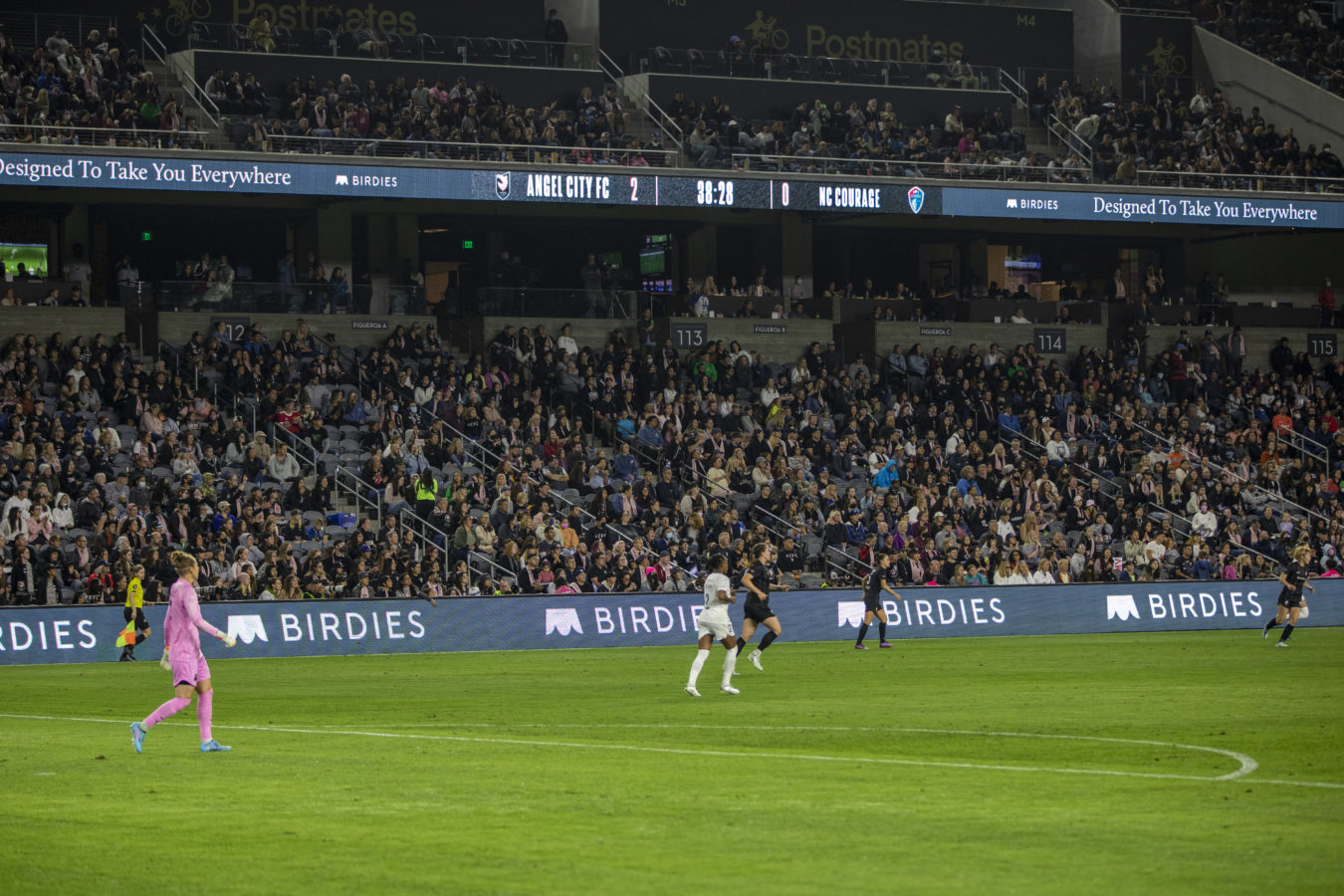 Two Fridays ago, the Angel City Football Club (ACFC) made history as the first professional women's team in Los Angeles since 2009 when it played a sold-out home opener against the North Carolina Courage at the Banc of California Stadium. Angelenos left beaming after our team scored their way to sweet victory.

Backed by a roster of high-profile owners including Natalie Portman, Serena Williams, Billie Jean King, Becky G, Eva Longoria, Gabrielle Union, and Lilly Singh, ACFC is on a mission to change the league and women's sports at large. And at full throttle, it already has – it's the largest women-led ownership group in sports and it also secured a staggering $35 million in sponsorship revenue by March 2022.

Made with suede and a combination of tumbled and metallic tumbled leather, the slip-ons feature ACFC's official colors – sol rosa, asphalt, and armor. The soles feature the ACFC crest with a slope of the shield's top line positioned 22 degrees off the horizon to represent 2022, the year of ACFC's inaugural season.

The pink-to-orange color gradient symbolizes the team's optimism, and the base of the shield pays homage to traditional soccer crests and the trailblazers who preceded ACFC. The style is a new colorful version of Birdies' fan-favorite Swift sneaker, which is built with cloud-like comfort and a removable cushion insole.

Ten percent of Birdies' partnership with ACFC goes toward building mentoring programs that help young women live life with passion and purpose.
So when the two first joined forces in June 2021, they launched the Soar Internship program, which gives high school girls an opportunity to intern alongside ACFC and Birdies leadership. In addition, each intern is awarded a $3,000 scholarship to go toward their future education.

Shop the Birdies x ACFC Game Changer slip-on shoes online or at Birdies' L.A. brick-and-mortar. See the address below and gallery above for more info.

0
Nina Aghadjanian May 10, 2022
ADVERTISEMENT
GET OUR NEWSLETTER
MOST READ THIS WEEK