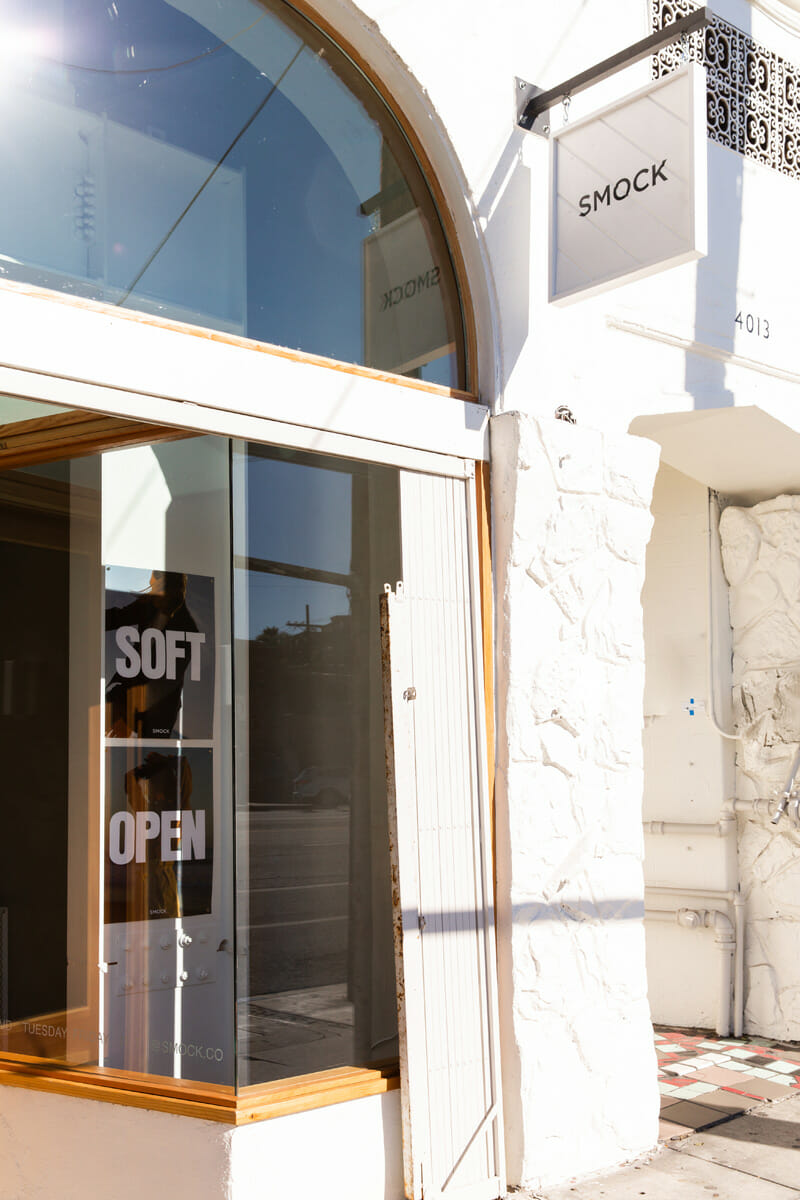 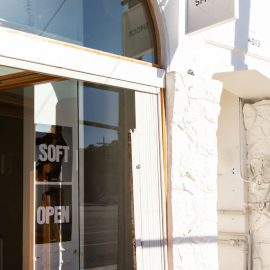 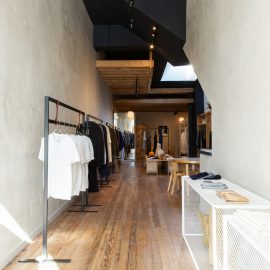 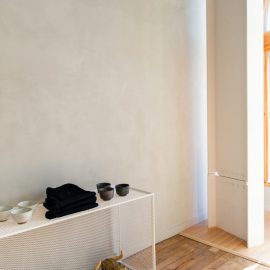 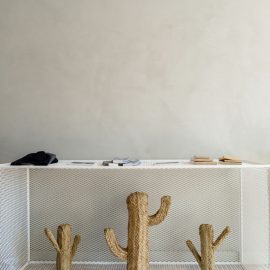 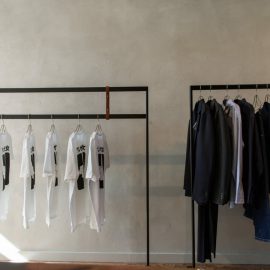 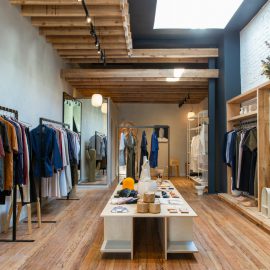 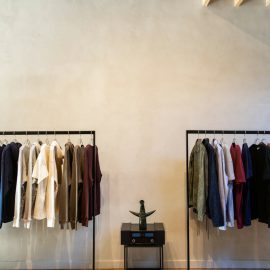 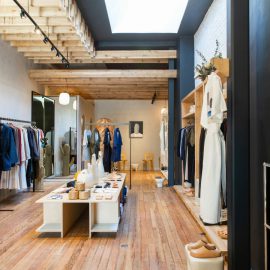 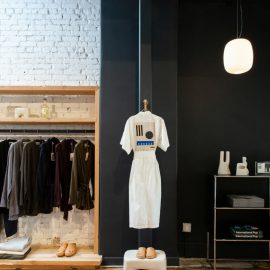 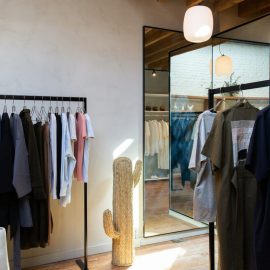 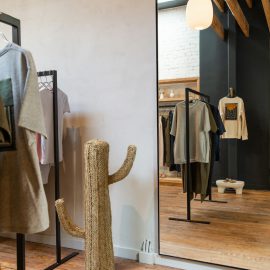 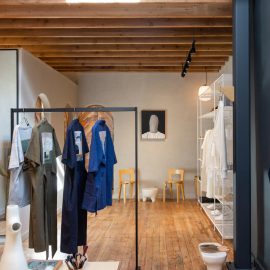 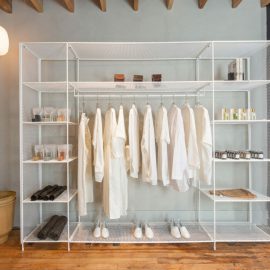 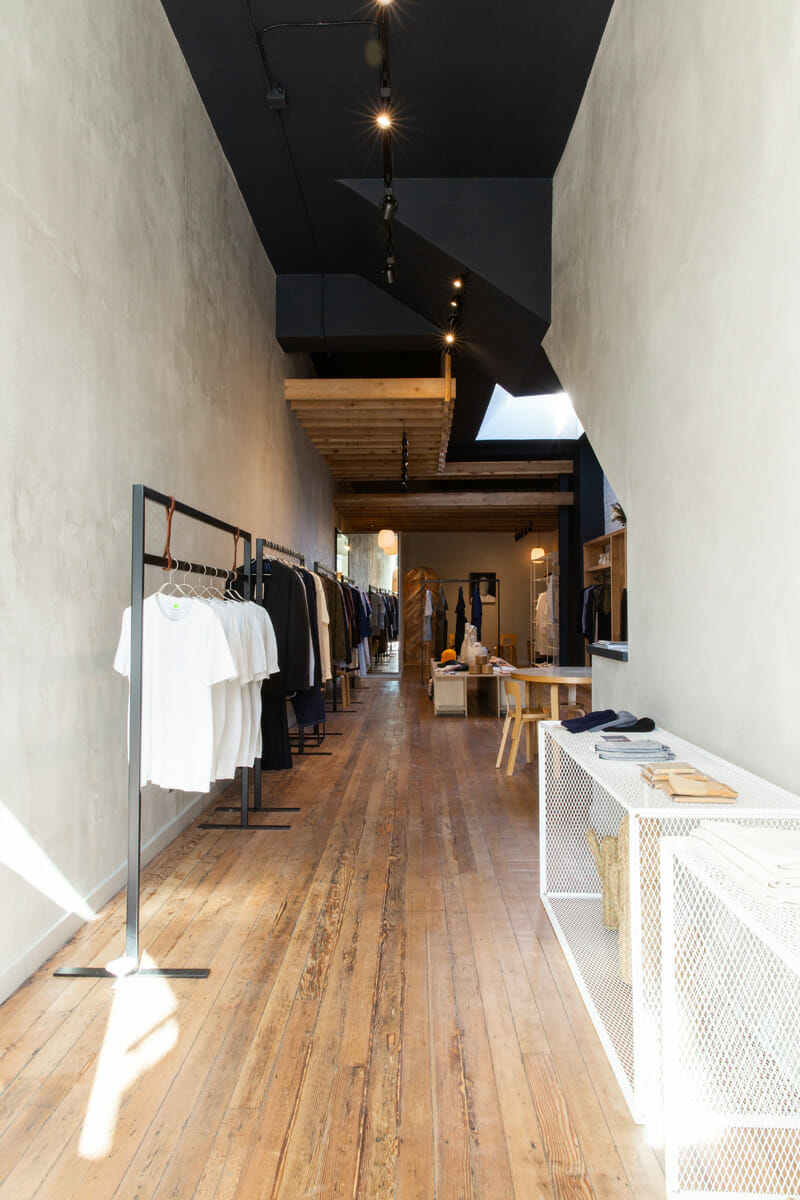 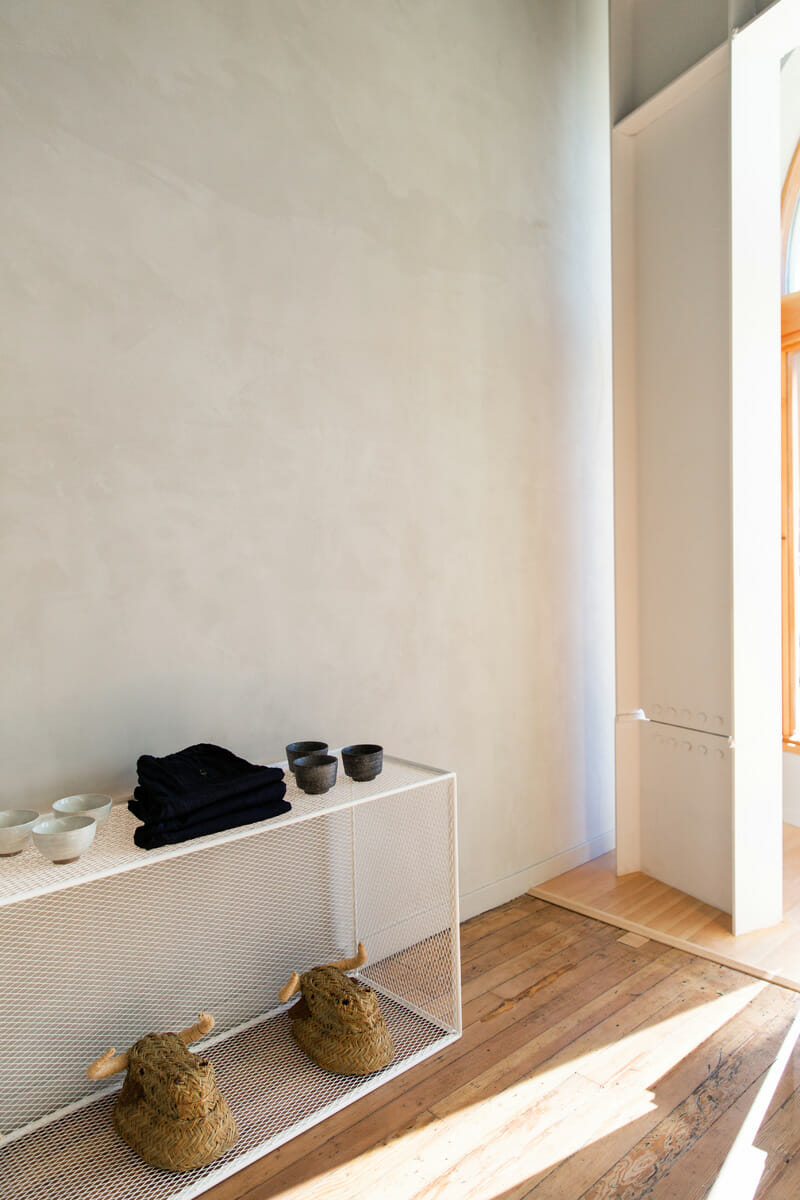 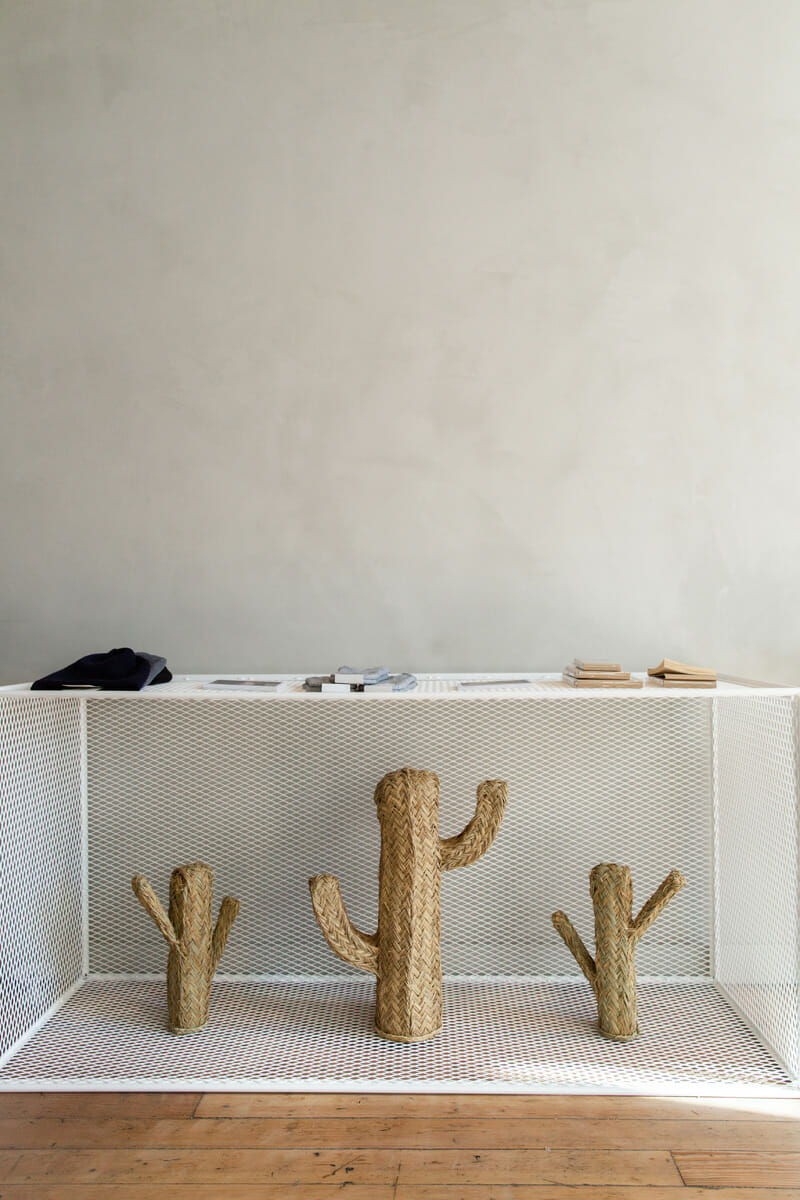 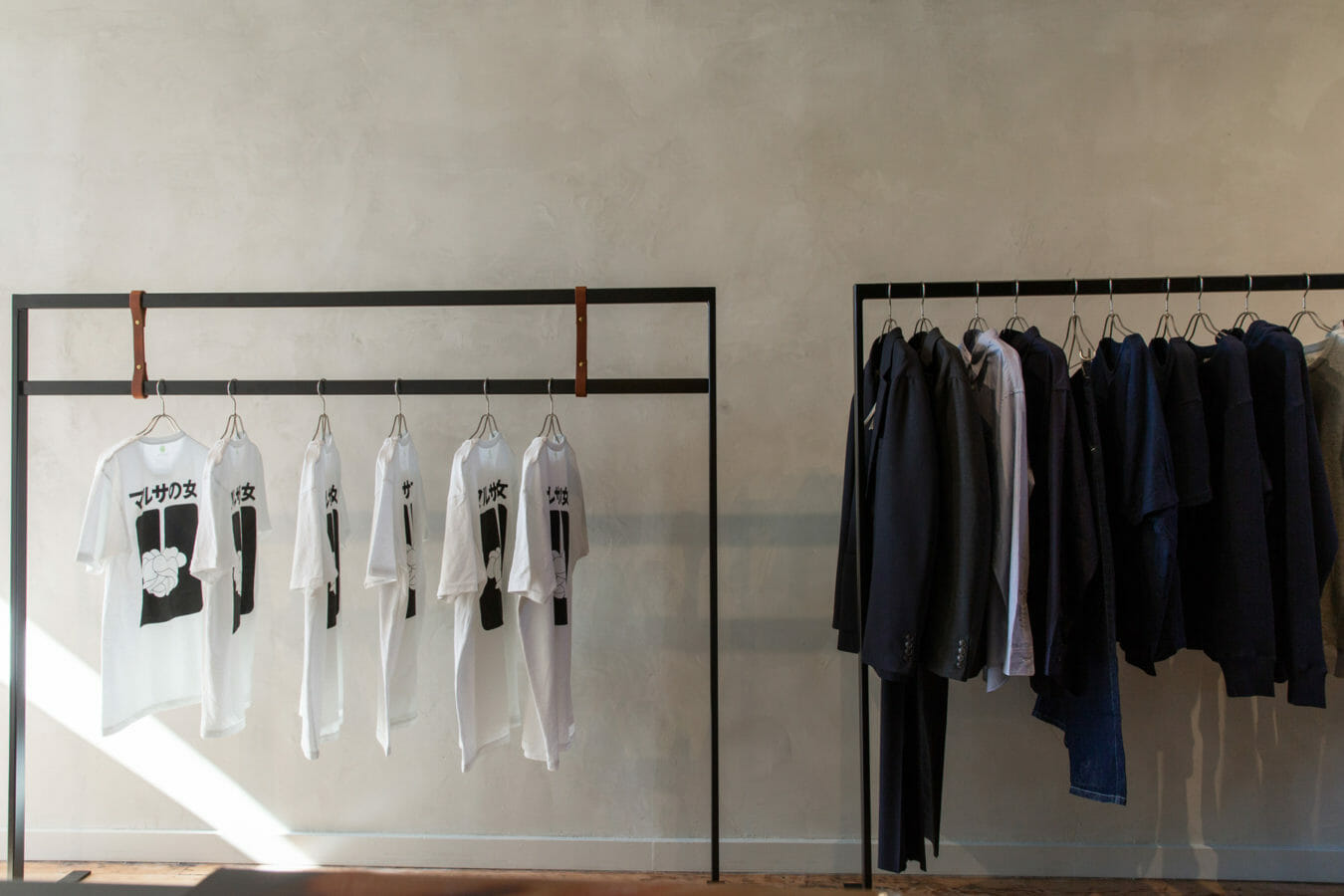 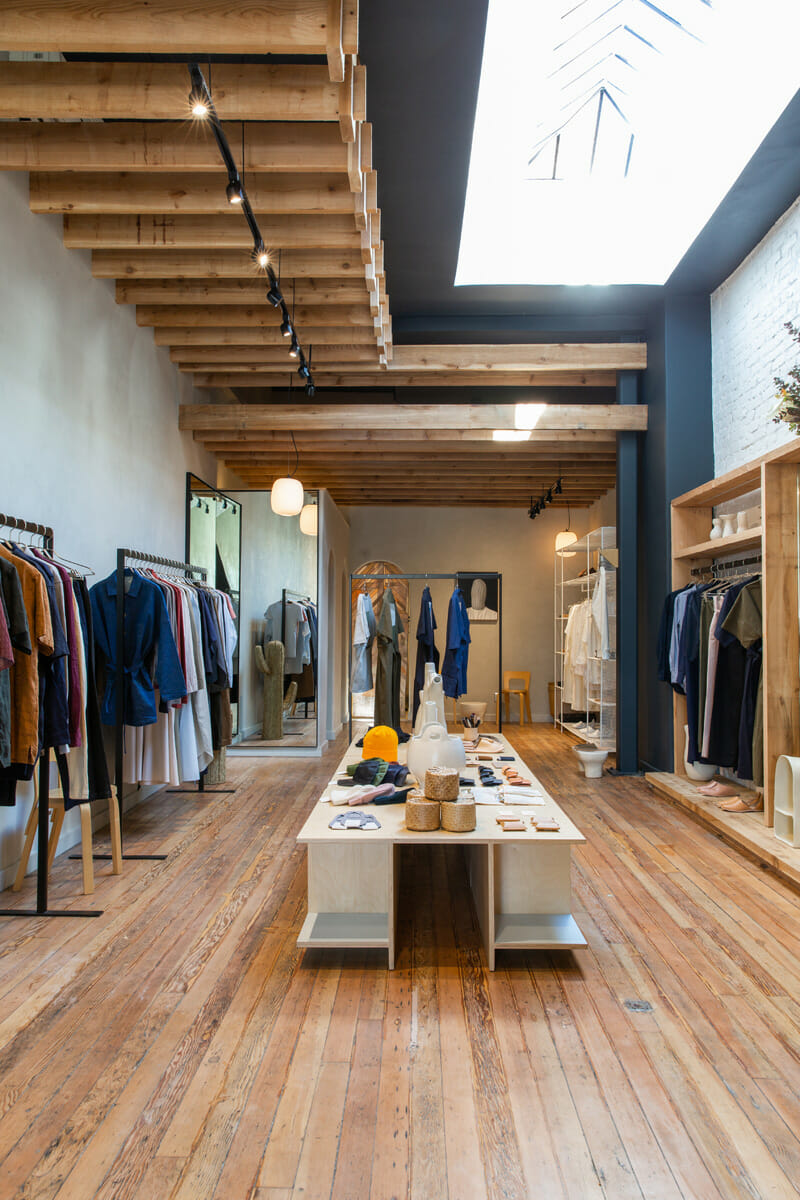 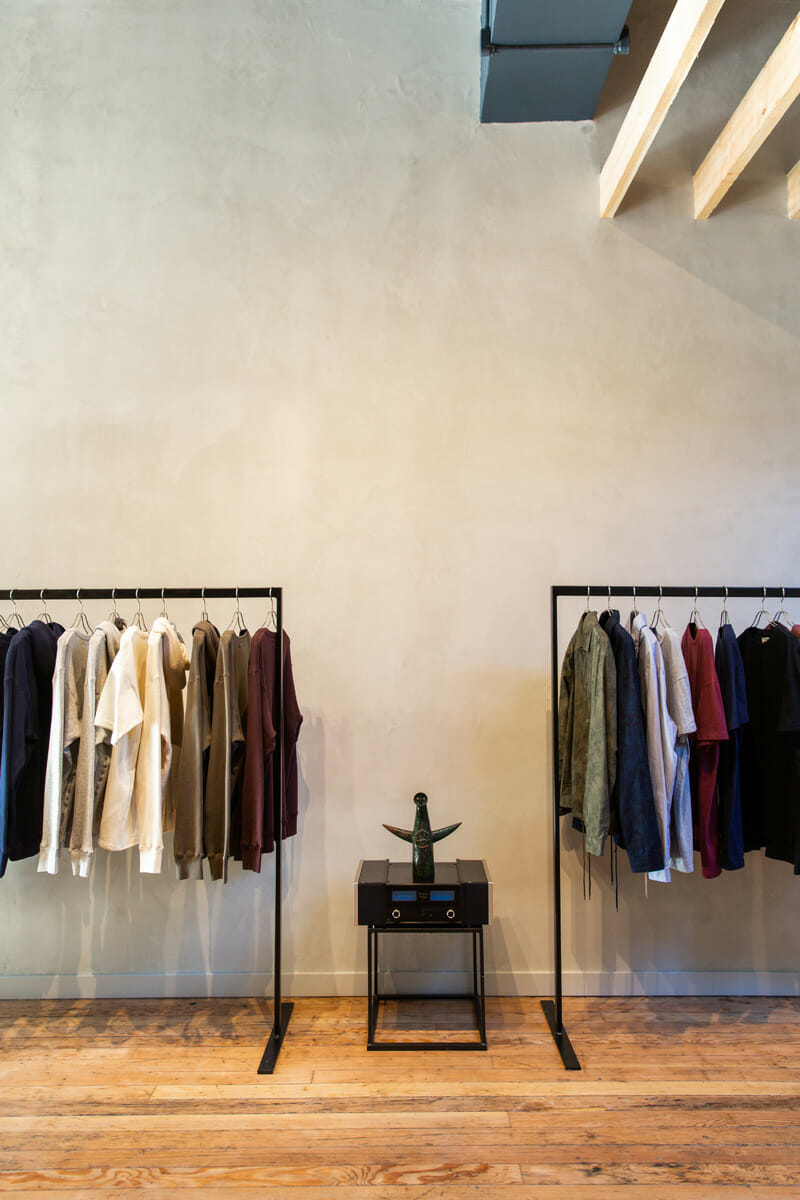 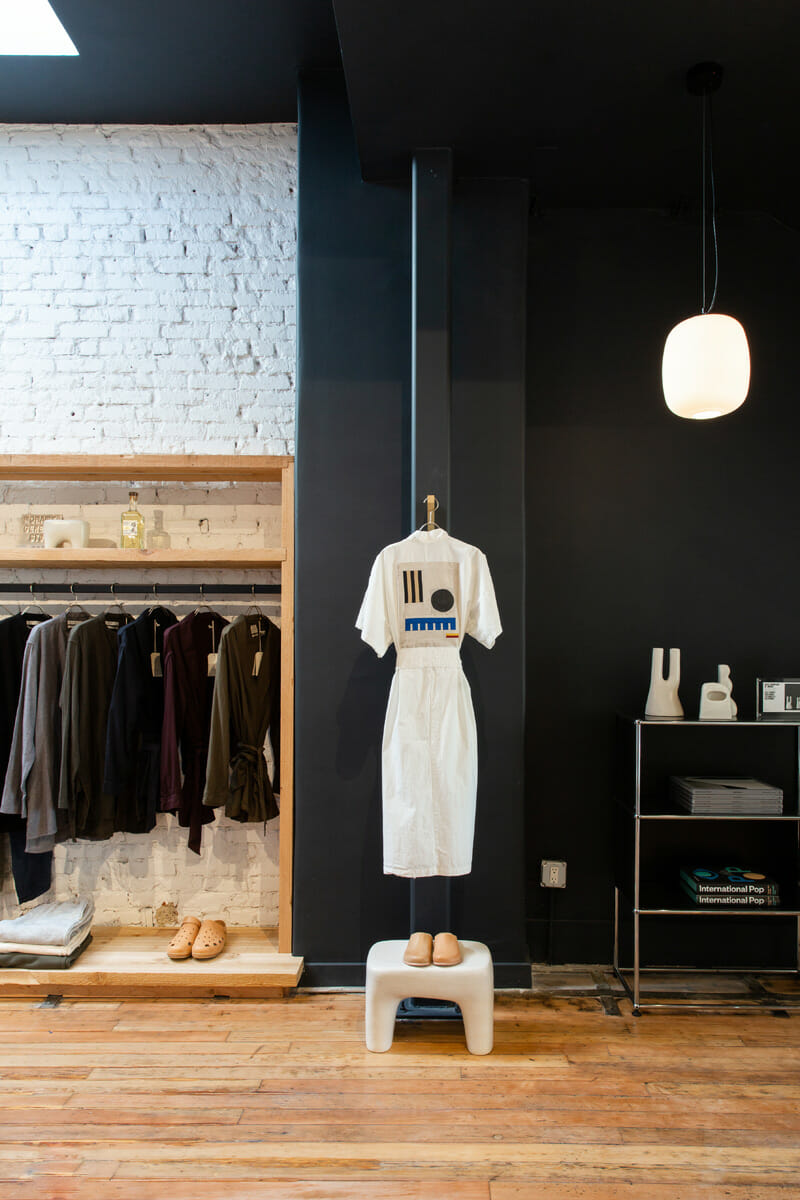 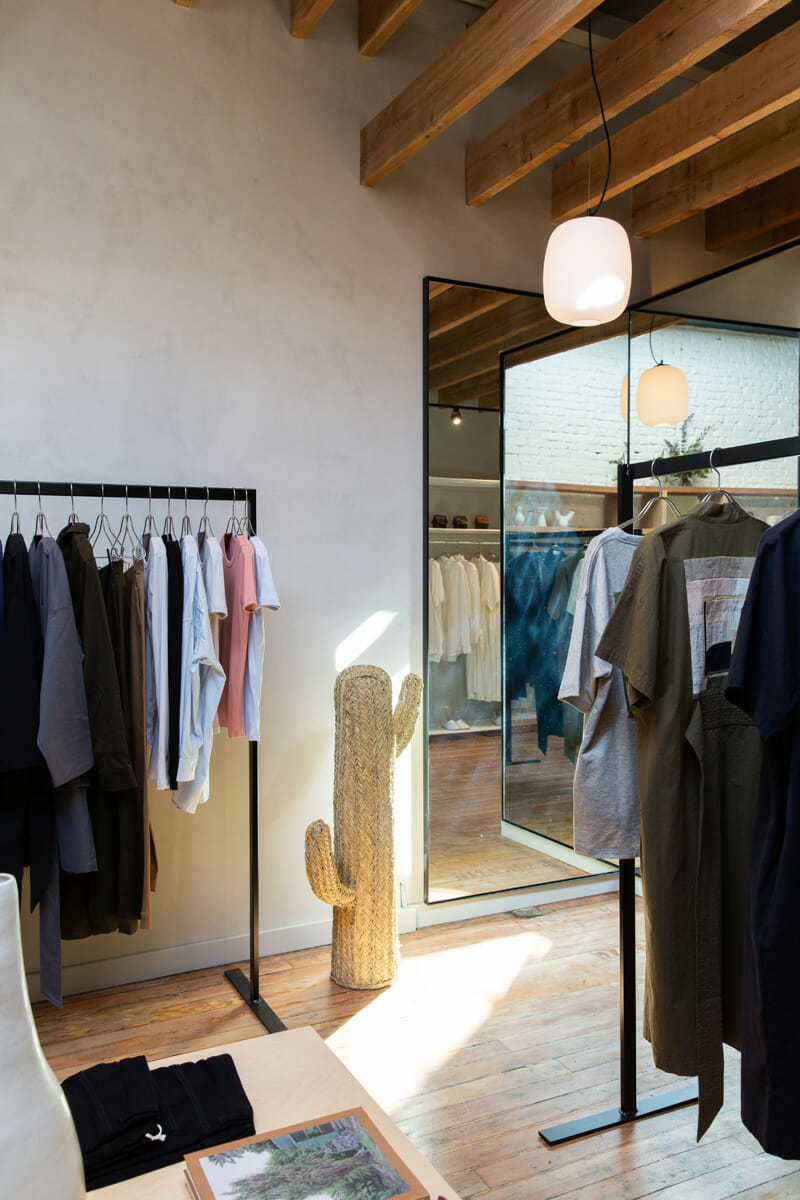 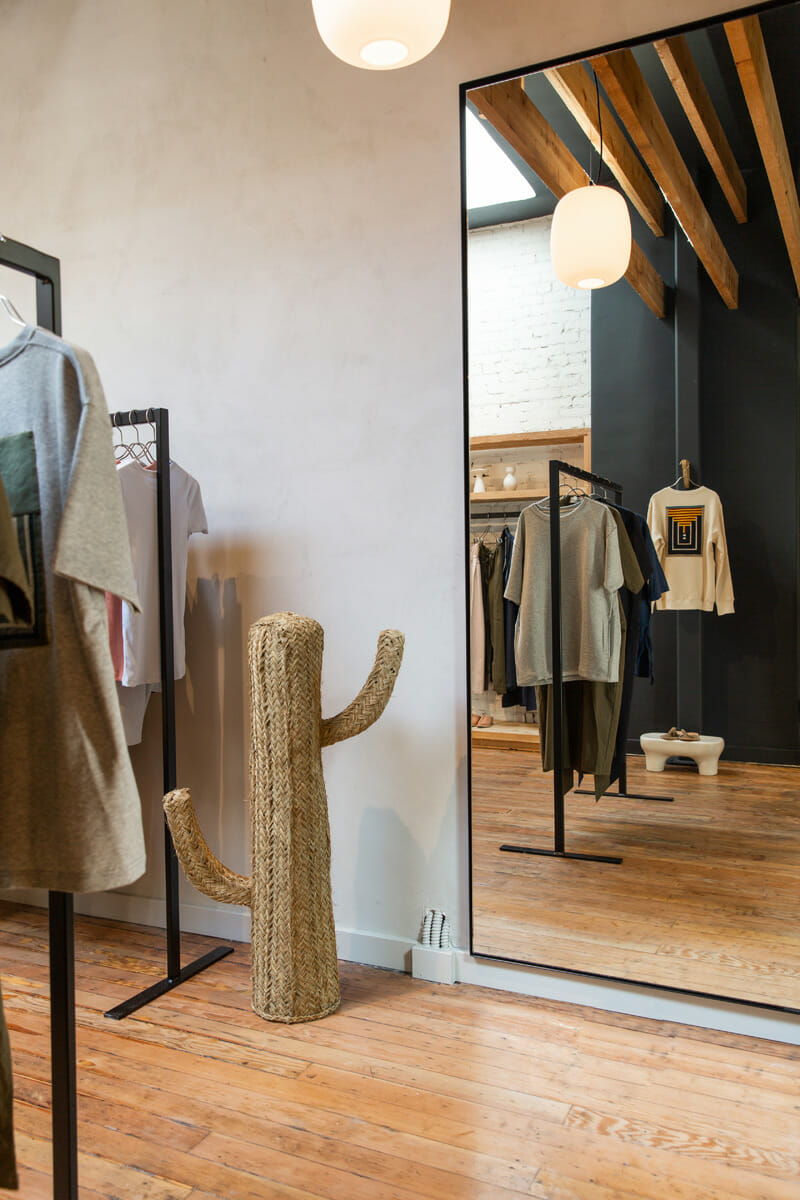 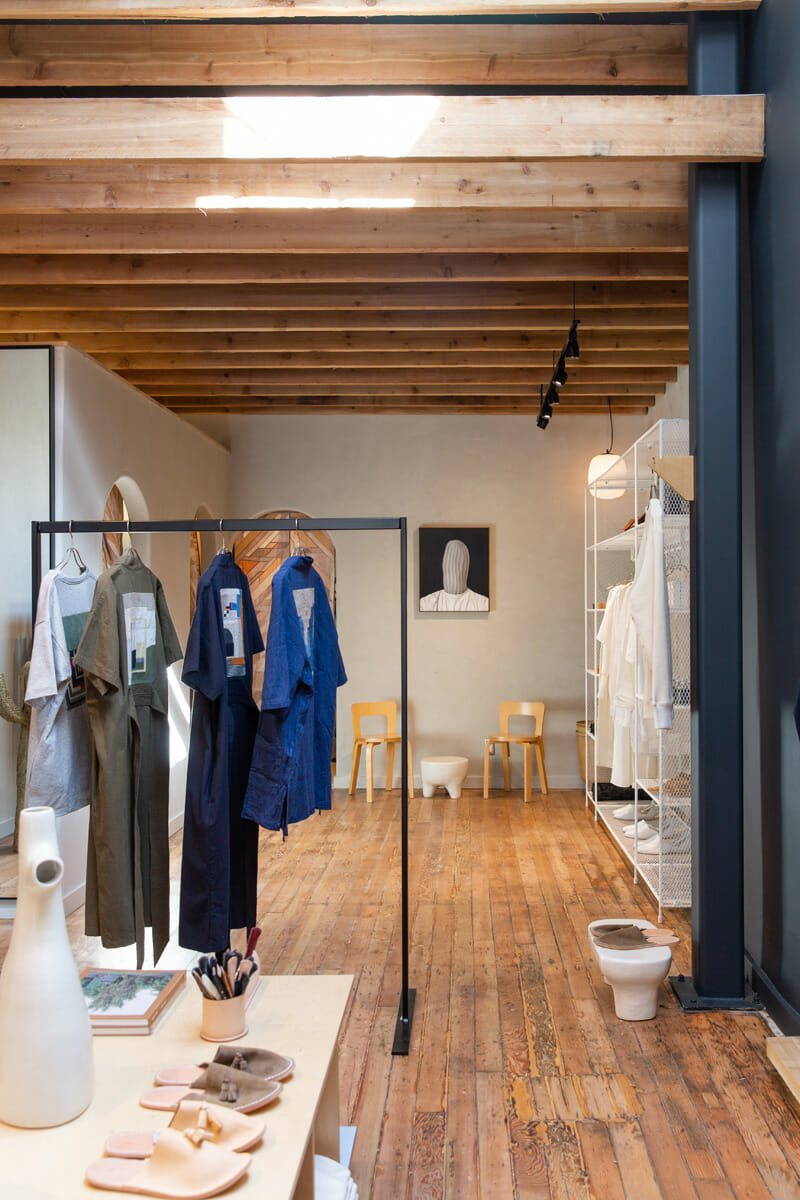 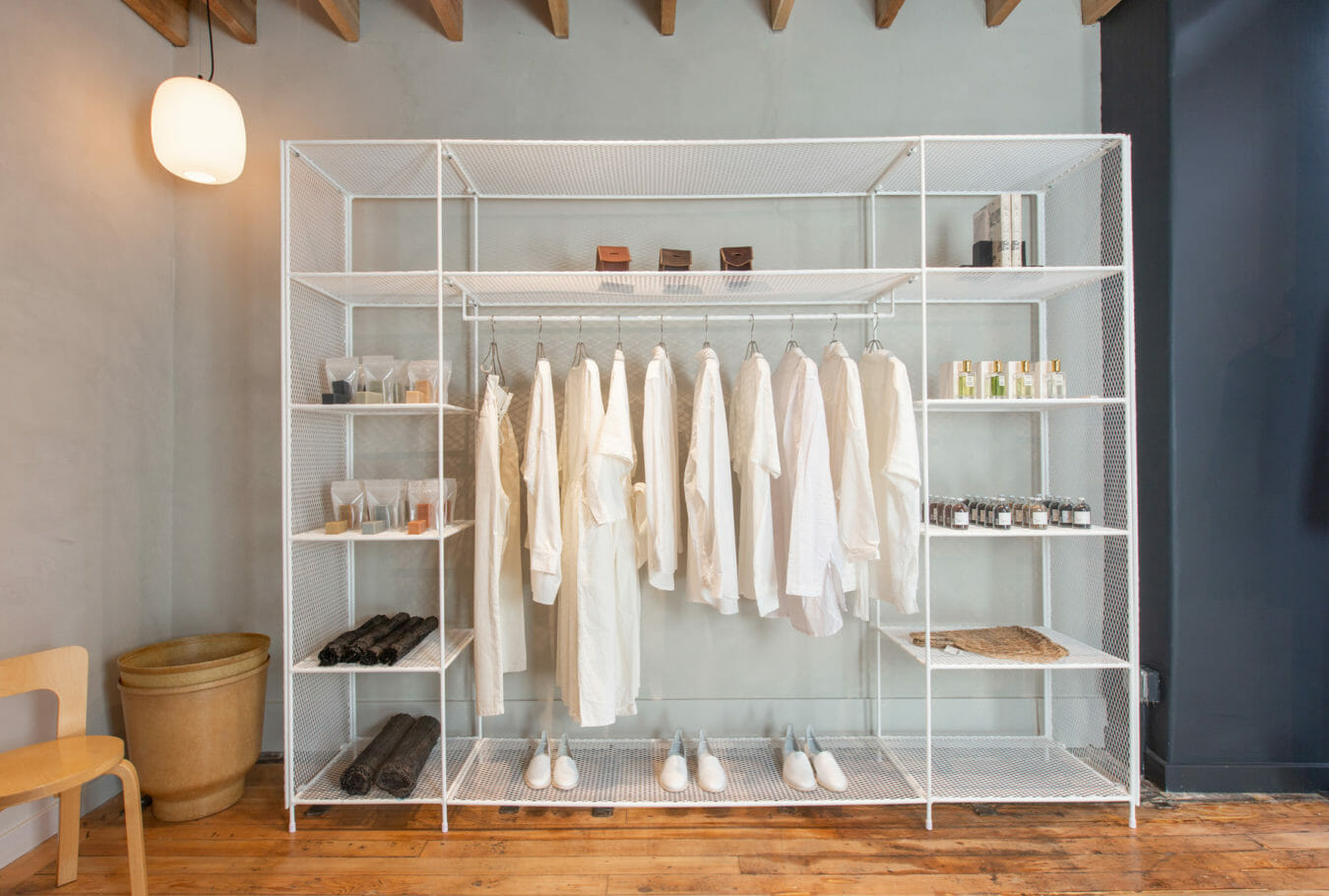 Mohawk General Store first opened its doors during the Great Recession, bringing cult-cool labels like Rachel Comey, Generic Man, Slow And Steady Wins the Race, Repetto, and others to sleepy Mohawk Street in Echo Park. Since then, the L.A. boutique's O.G. shop relocated to Sunset Boulevard in Silver Lake and added a standalone men's shop and a Westside outpost to its retail roster (its Old Town Pasadena store shuttered last year). Now a decade later, husband-and-wife founders Kevin and Bo Carney have opened a new space dedicated to their in-house line, Smock.

Located two doors away from its flagship store (and in Lacausa's former spot), the space stocks Smock's full collection of sleek and effortless womenswear and menswear ($45 to $525) designed with L.A.'s cool creatives in mind, but with a Japanese-utilitarian twist. (The brand was first launched in 2014 and is made in Japan.) Also on the shelves are soaps by Binu Binu, fragrances by Mondo Mondo, leather footwear, and small leather goods.

"We have many friends and clients in the creative fields such as graphic designers, movie directors, actors, and architects that require a loosely formal look but also keep things very casual," Kevin tells us. "This is California and the weather dictates a lot of what we wear — but that does not mean you have to leave the house with shorts and a T-shirt."

Though the brand was first launched in 2014, Kevin tell us that there was always a plan to open a Smock shop "and then start to wholesale a few accounts. The reason being that we wanted to tell the whole story of the brand inside its own space."

The Carneys worked with Hervé Daridan on the interiors, which were inspired by the French-born, L.A.-based architect's work on a modernist-bohemian home in the coastal surfing own of Todos Santos in Mexico. (That abode just so happens to be owned by Vincent Joliet, father of cool L.A. photographer Laure Joliet, who documented the house's transformation here.)

Up next, Smock is popping up at Mohawk West; Kevin also reveals that they're also considering Brooklyn for their label's next store. And as for what's to come for the brand's next drop, expect more "color…we are introducing a lot of new hues and prints to the collection."

Scroll through the gallery above to see more inside the shop, and see below for the address.

10 0
Danielle Directo-Meston February 28, 2019
ADVERTISEMENT
GET OUR NEWSLETTER
MOST READ THIS WEEK