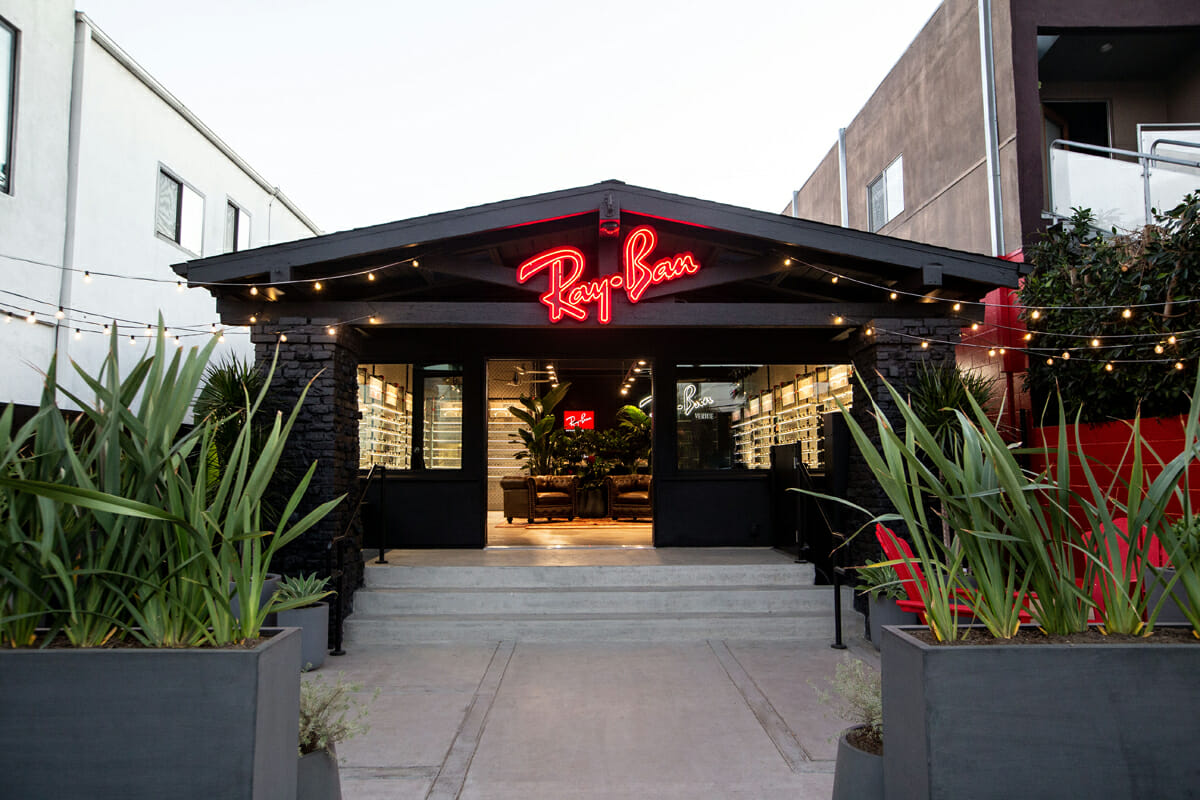 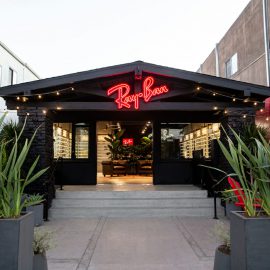 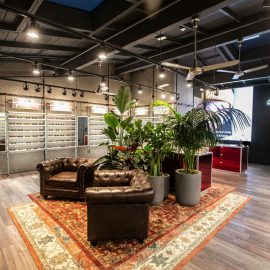 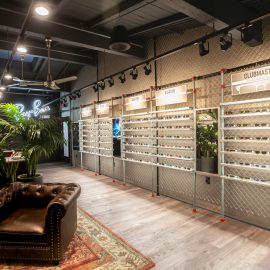 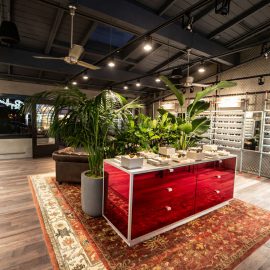 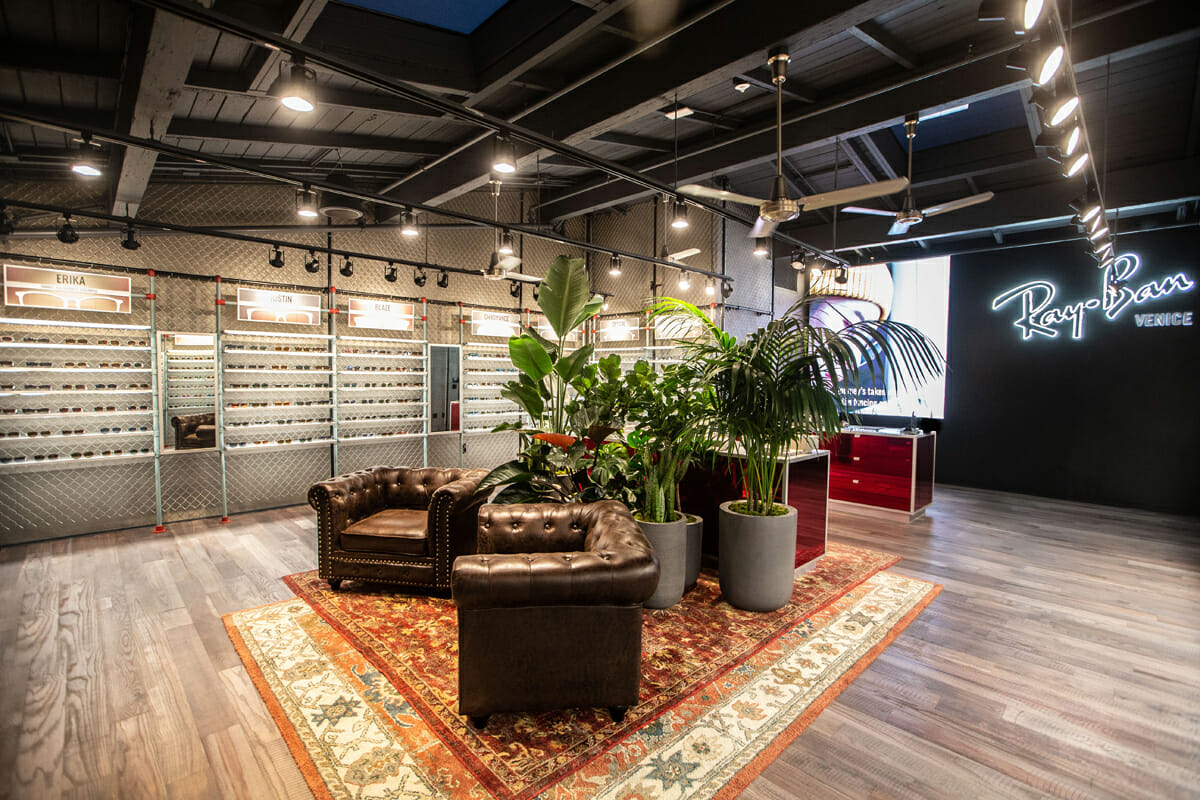 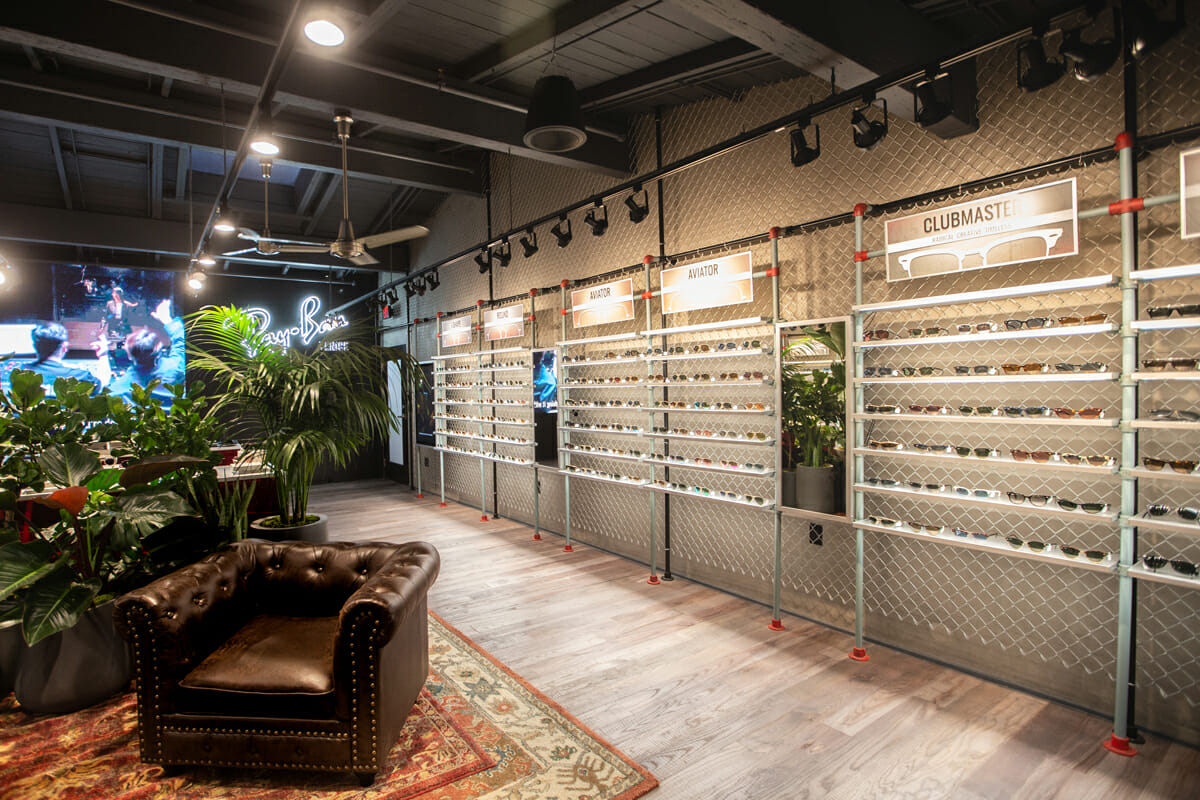 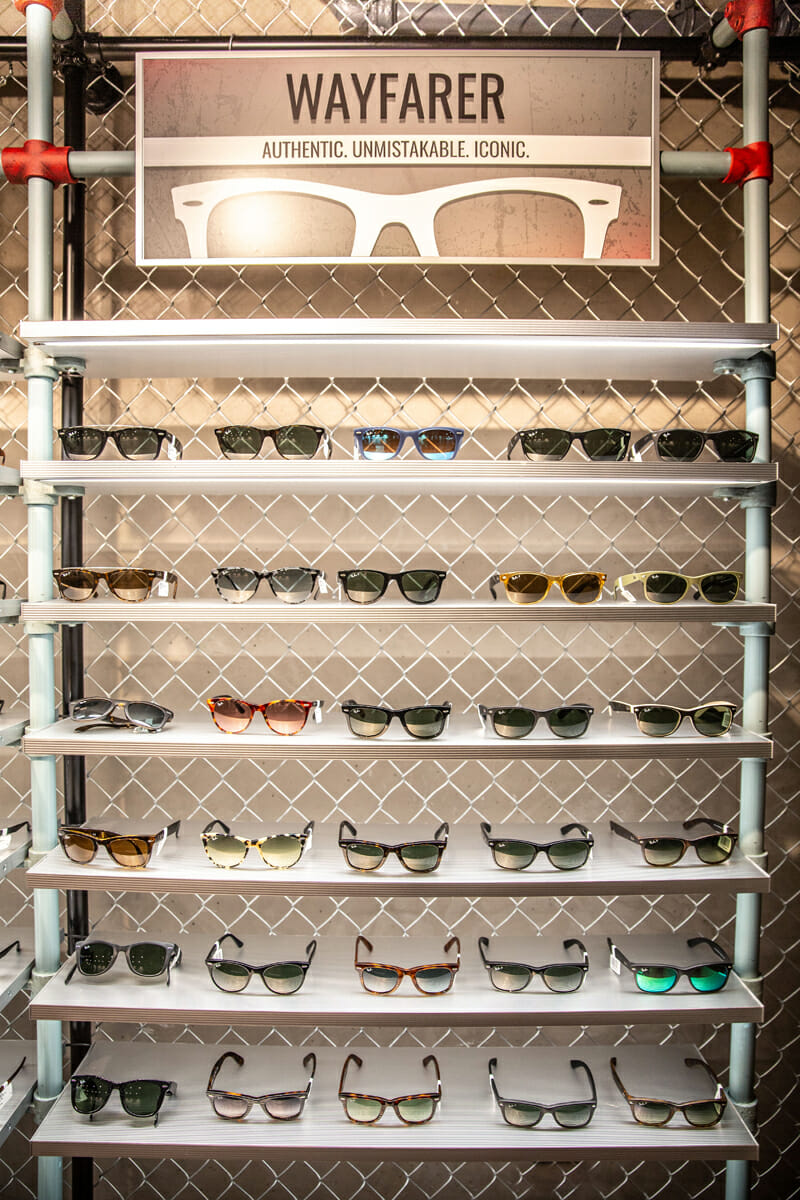 Venice is synonymous with the sun-kissed Cali life, and shade-seeking shoppers on its most famous and fashionable retail stretch can now shop a heritage eyewear brand straight from the source. After opening its first-ever standalone store in Los Angeles at The Grove last year, Ray-Ban has set its sight on the Westside with its third L.A. outpost Abbot Kinney

The Italian brand moved into the charming bungalow (previously home to Happy Socks, which moved just a few doors down) right next door to Warby Parker and transformed the formerly all-white space into an urban-meets-bohemian flagship for its stylish specs and sunnies. Chain-link fencing brings an industrial-cool mood, while luxe leather seating, indoor greenery, and globally-inspired rugs add a touch of color.

As far as merch, the boutique stocks the Luxottica-owned company's full collection of optical and sun frames, including best-selling silhouettes such as the Wayfarer, Aviator, and Clubmaster ($143 to $453) alongside other modern styles such as the Erika, Justin, Chromance, Round, and more. Also on offer is an exclusive frosted pink frame collab with its Venice neighbor Cha-Cha Matcha, which opened its second L.A. outpost on Abbot Kinney earlier this year.

Rocco Basilico, Ray-Ban's North America general manager of retail, explains that the brand had originally eyed the coastal shopping street for its first L.A. store. The company opted to wait until "the right" storefront was available; next, it's opening another California shop in San Francisco next month.

Scroll through the gallery above to see more inside the cool sunnies shop, and see below for the full address.

Inside the Starry 'Fashion in L.A.' Book Launch Party; Amazon to Open Grocery Store in L.A. Next Year

0
Danielle Directo-Meston November 8, 2019
ADVERTISEMENT
GET OUR NEWSLETTER
MOST READ THIS WEEK