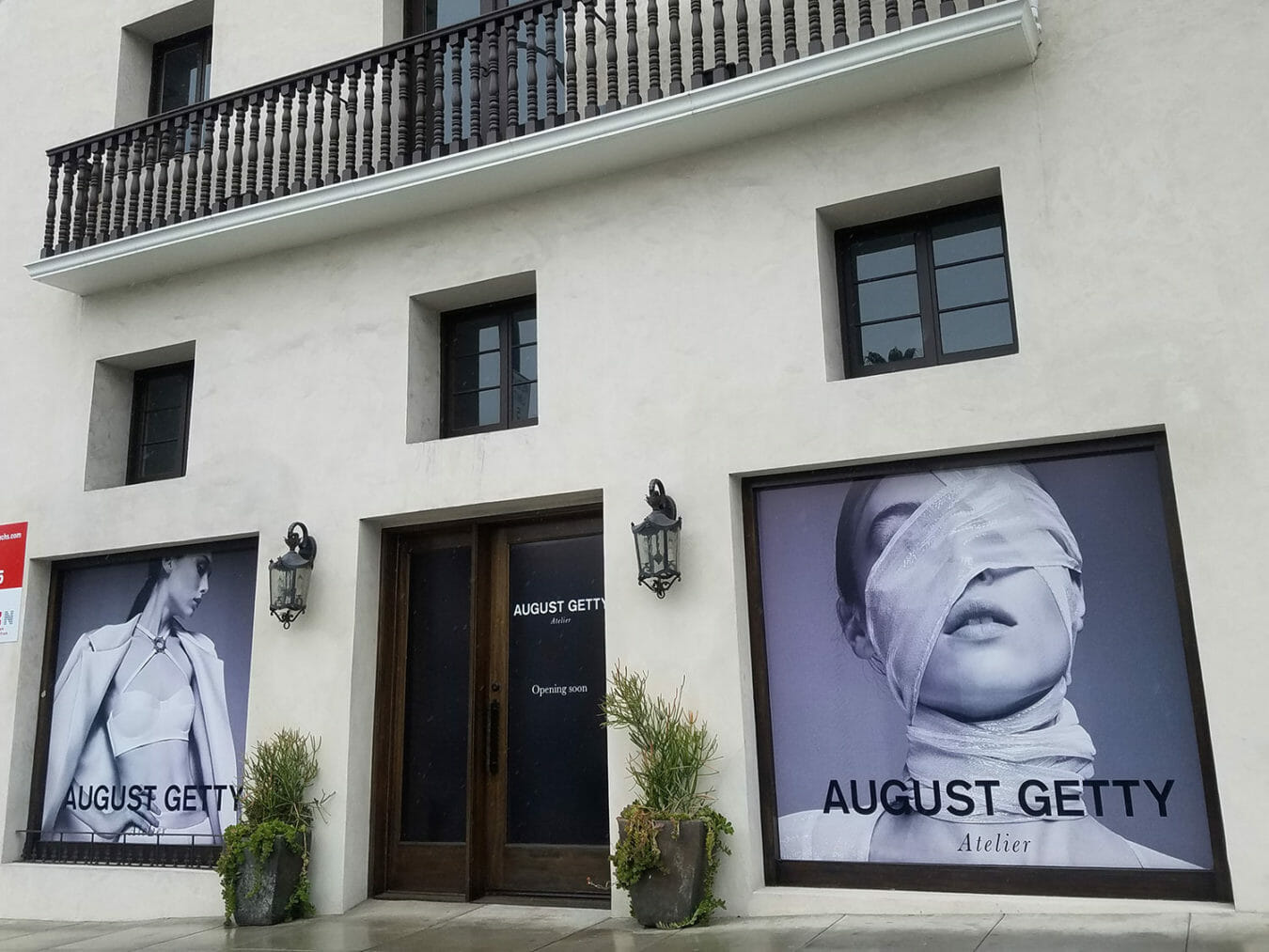 From teaming with legendary photographer David LaChapelle for his spring/summer 2016 collection's surrealist show (which featured a choir performance finale) to slathering 65,000 Swarovski crystals on a white silk outfit for Miley Cyrus, August Getty needs no lessons in making head-turning statements. Now that his army of #GettyGirls includes Katy Perry, Hailey Baldwin, Kendall Jenner, and Ruby Rose, the luxury designer is set to open his first atelier on Rodeo Drive this month — and in a space that's home to fashionable film history.

In a recent Instagram post, Getty points out that his shop made a cameo in Pretty Woman in its previous life; it also made an appearance in Clueless. Landing at the corner of South Santa Monica Boulevard and Rodeo, his boutique is moving into space that previously housed fellow red carpet favorite Badgley Mischka and legendary Beverly Hills boutique Boulmiche (which is now located over on North Beverly Drive).

Speaking of movies and familiar names, let's get it over with: Yes, Getty hails from the philanthropic family behind one of LA's best museums and was recently the subject of the controversial film, All the Money in the World. That shouldn't detract from the fact that his insanely pricey creations are incredible works of art, like Rachel McAdams' dreamy beaded emerald dress (which was a cool $30K, per Forbes) and Paris Hilton's Kira Kira-esque crystal-covered gown that's worth $270K, according to Refinery29 (!!!!!).

We've reached out for more details on the exact opening date; stay tuned for more.

0
Danielle Directo-Meston March 22, 2018
ADVERTISEMENT
GET OUR NEWSLETTER
MOST READ THIS WEEK