What does it mean to shop small in a world where the internet has made faraway lands appear as if they're in our own backyard? For LA-based Ruby Nichols, that "support local" ethos is what led her to create Almanac of Style, an online platform that's part-travel guide, part-boutique. Founded last year by the former branding pro, the site spotlights the globe's coolest creatives and corners, starting with the Golden State.

Now that AOS has explored Joshua Tree and LA's Eastside, the fashionable compendium is venturing to Northern California for its spring installment — specifically, the city of Oakland.

"A close relationship between art and activism has always existed here," writes Nichols. "Many know that Oakland was the birthplace of the Black Panther Party, but less may know the city also played a prominent part in the Chicano Movement and Moratorium against the Vietnam War and other injustices the group faced in the '70s."

"Dating even further back, Oakland was also at the center of one of the biggest strike movements in American history post World War II to prevent the union busting that happened after the first World War," Nichols continues. "These are just a few of several examples where Oakland has been at the forefront of social and political change." (History lesson, accomplished.)

Here, we chat with Nichols to find out what led her to start Almanac of Style, why she's focusing on the Bright Side of the Bay, why she loves supporting independent talents, and more. Read on below, then check out her guide here and shop Oakland-made merch here.

What was the adventure that sparked your idea to create AOS?

My husband Jason and I were standing on the rooftop of a bar on The Bund in Shanghai, staring out at the incredible city view in the night sky, a delicious gin cocktail in my hand and a whiskey cocktail in his, and I looked at him and said, "How do we just do this for a living?" We had been on a string of travel adventures those couple of years and we'd spend much of that time fantasizing about what fun, odd jobs we could have as expats so we could adventure through cities around the world and meet interesting people.

We also realized during our travels that no matter where we were, we always gravitated toward the artist communities and wound up talking to local designers or boutique owners who would introduce us to other friends in the neighborhood. We'd end up meeting an entire community of people and often wound up hanging out with them for the rest of our trips. We even attended the wedding of someone we met this way just last year. The genuine connection and appreciation I had for these local artists was what seeded the idea for AOS. 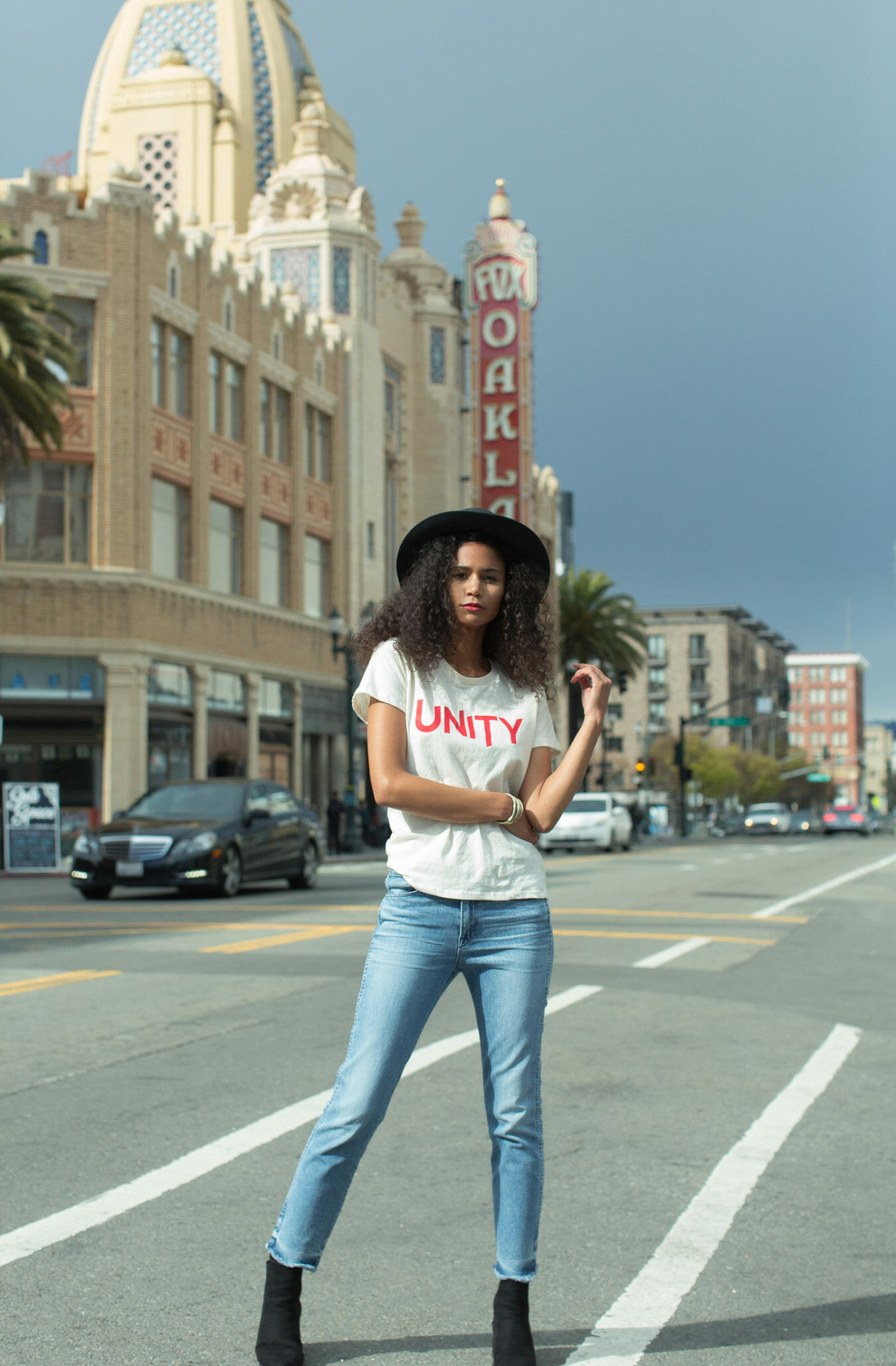 In a nutshell, what were you doing life/career-wise before launching AOS?

I worked in advertising as a brand strategist for about eight years prior to AOS. Towards the end, I freelanced for a couple years and then finally decided to take the plunge and give AOS 100%. I figure it's hard for something to really take off unless you give it your all.

Tell us more about the two Oakland neighborhoods you're featuring for spring: How'd you discover them and what do you love about each area?

I discovered Temescal about four years ago, and it sounded ridiculously charming — former horse stables that had been converted into cute storefronts and coffee shops. I finally got to visit for the first time and it lived up to all my expectations. You will honestly find some of the best boutiques and designers here in addition to cute bars and so many drool-worthy restaurants serving yummy international cuisine. I'm hungry just thinking about it.

And I'm totally in love with the vibe in Downtown Oakland, especially in Old Oakland and Uptown. The beautiful historic buildings are the perfect backdrop to a vibrant creative scene getting energized with new businesses — many of which are female-owned. You can feel a strong sense of community in both of these places, and it's really special.

Why is it important to you to shine a light on independent designers?

I've felt a special kinship with them my entire life. Every time I traveled anywhere, even if it was a work trip, I would try to carve out a day to just wander the streets solo and seek out small indie shops or sift through vintage stores. It's what I looked forward to most; I find it equally meditative and inspiring.

I also admire that these people I've met chose to lead creative lives that felt entirely of their own making. They always have interesting stories to share about how they ended up where they are. 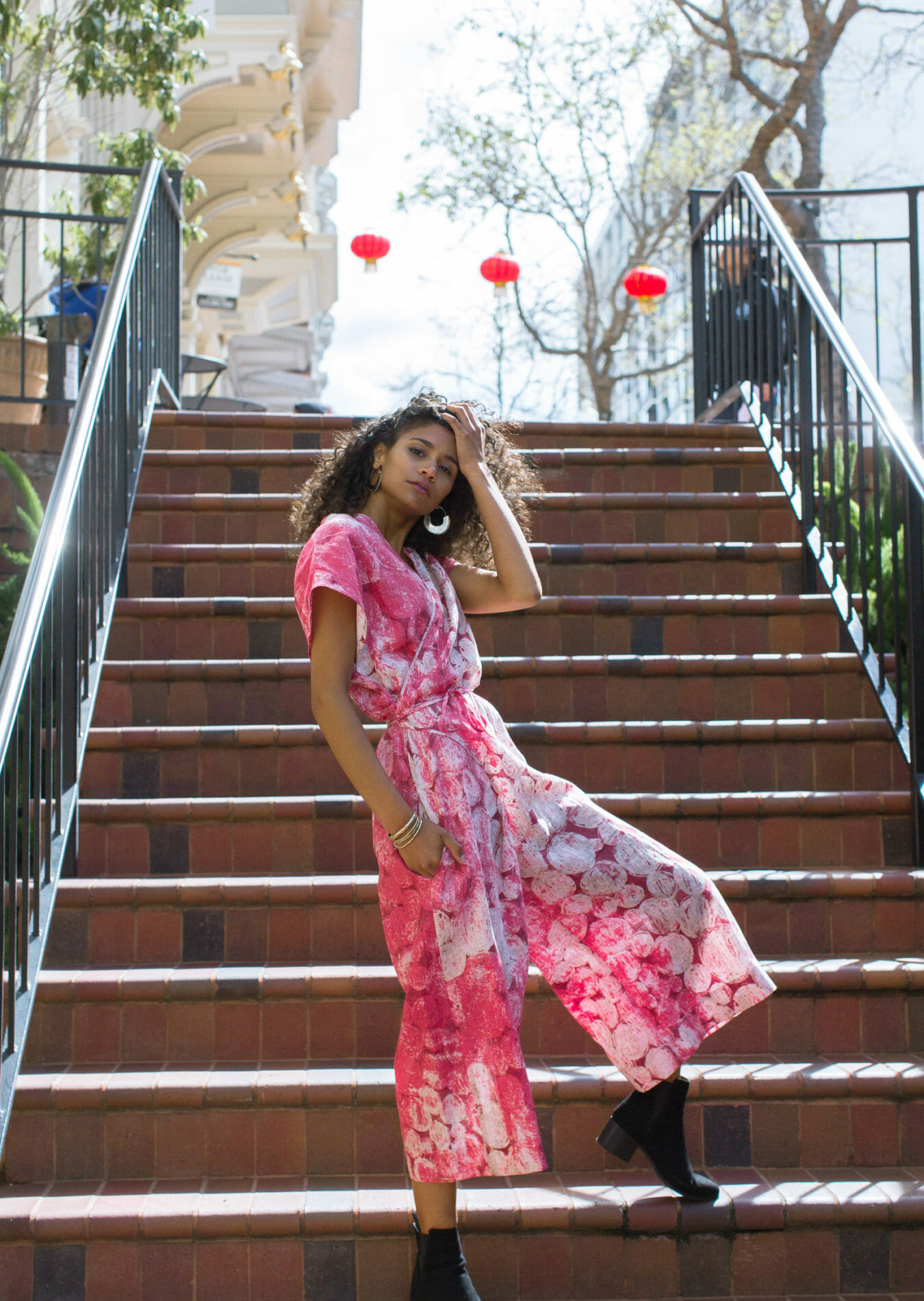 What are the top three places that are still on your bucket list?

So hard to pick just three! These may not all technically be cities, but I guess I'd say Marfa, TX, Cape Town in South Africa, and Morocco or Egypt. Sorry, that's four!

Since you're based in LA, where are some of your absolute favorite places to eat, shop, and play?

Shop: Right now I'd have to say the east side – there are just too many amazing indie boutiques between Silver Lake, Echo Park, Atwater Village and Highland Park. Arts District downtown is pretty great, too.

Eat: The Tasting Kitchen in Venice will always have a piece of my heart. We used to live within walking distance and spent many nights here tasting cocktails and noshing on delicious eats. The food is always on point, and we're treated like family here. I also love Cassia and most recently PYT.

And sadly as a mom, I don't get out to play at the bars much like I used to. I enjoy hitting up the museums lately. The Broad has been a favorite, and I'm dying to check out the King Tut exhibit at the California Science Center.

0
Danielle Directo-Meston April 18, 2018
ADVERTISEMENT
GET OUR NEWSLETTER
MOST READ THIS WEEK