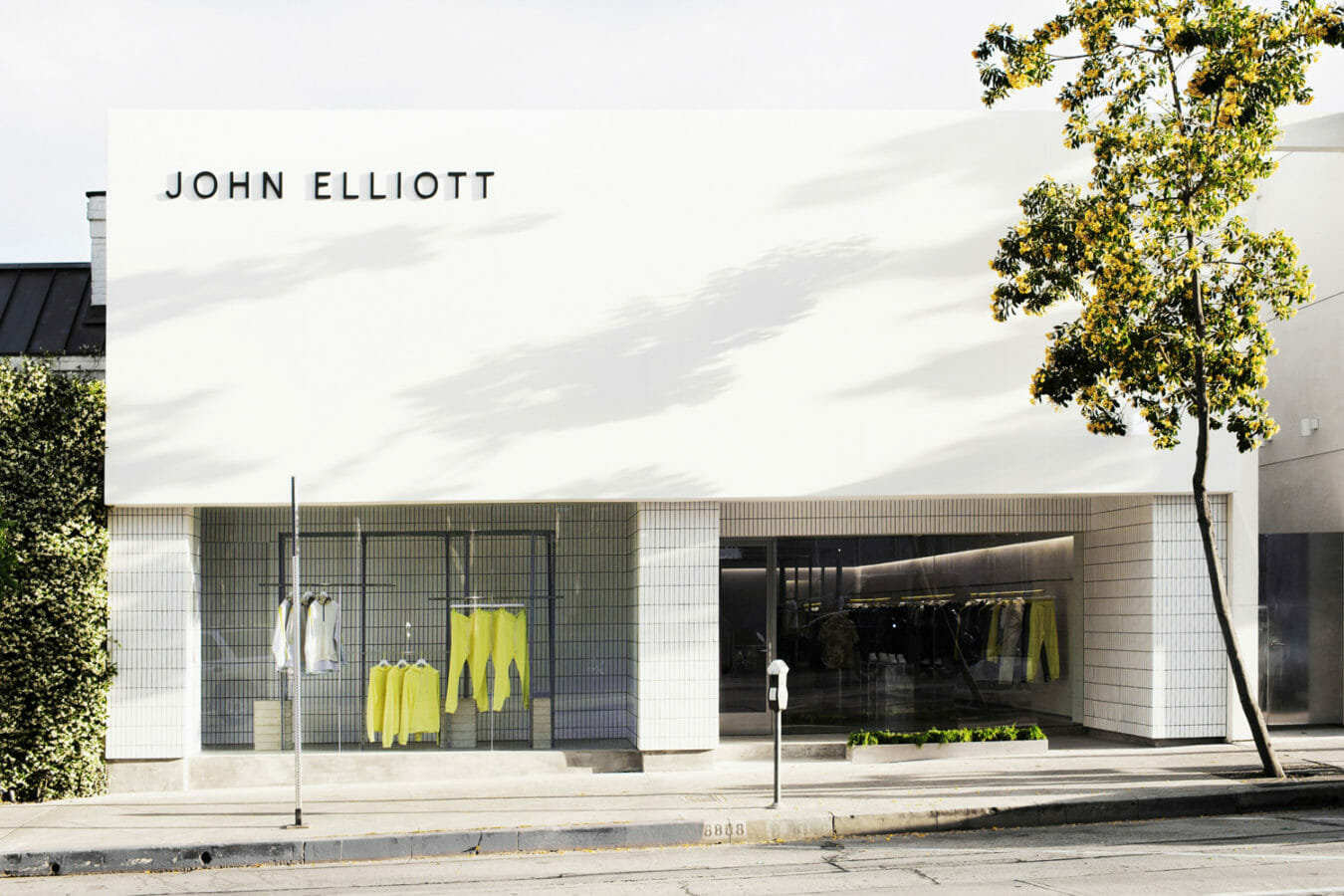 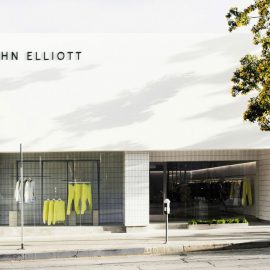 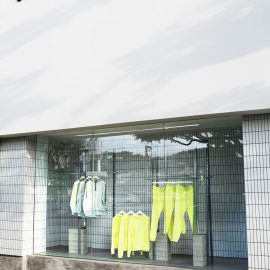 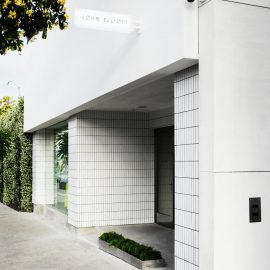 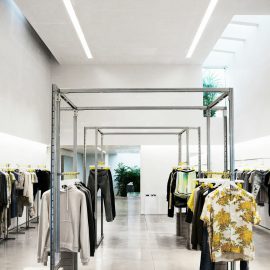 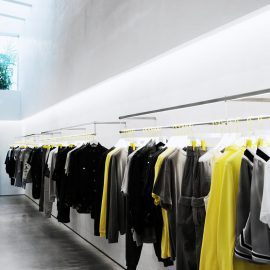 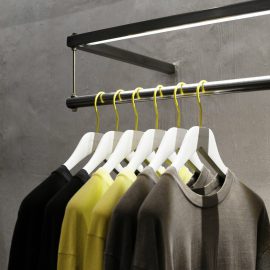 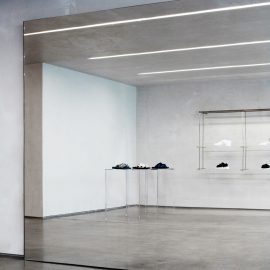 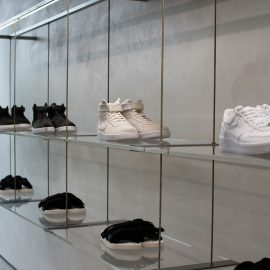 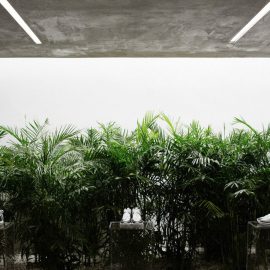 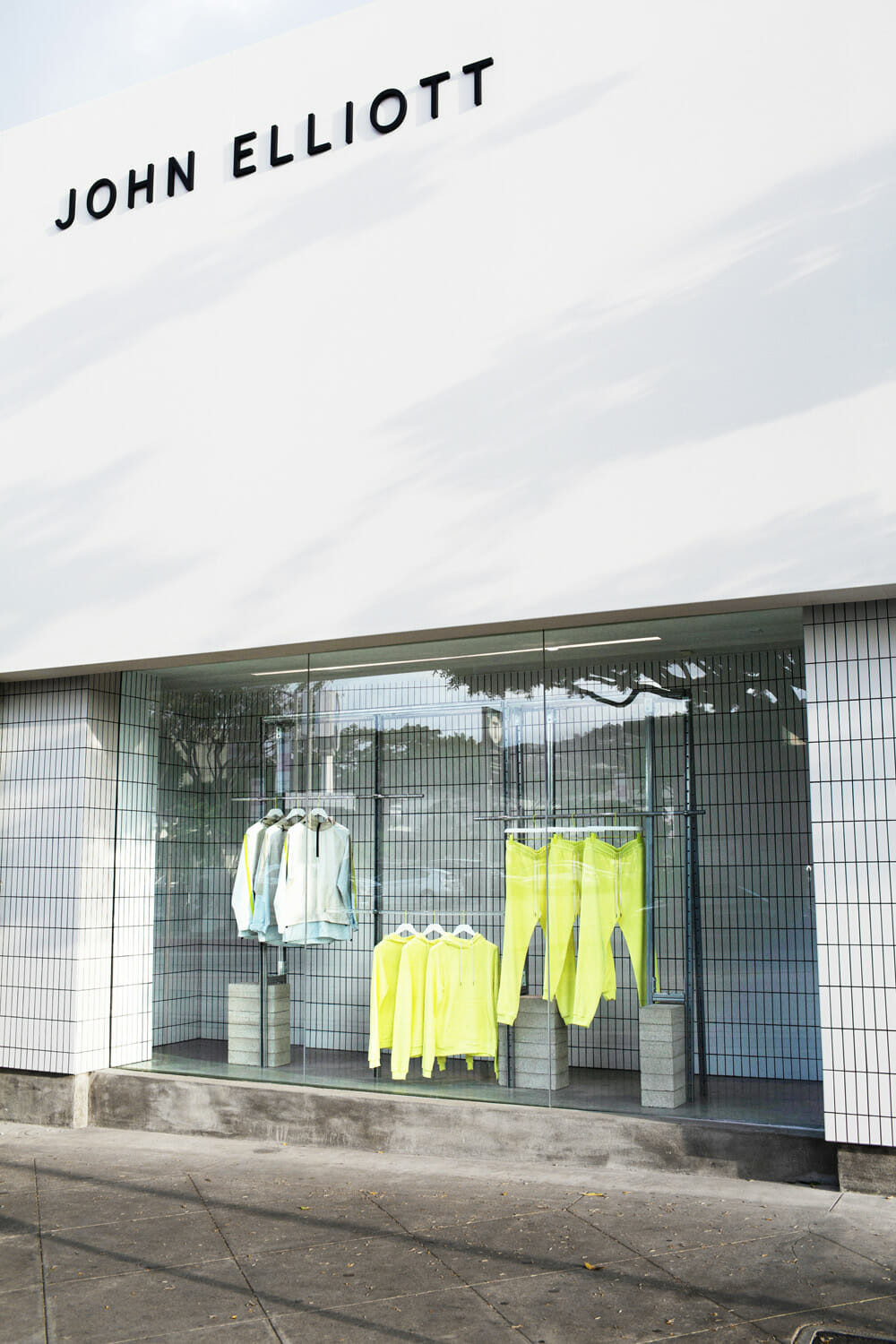 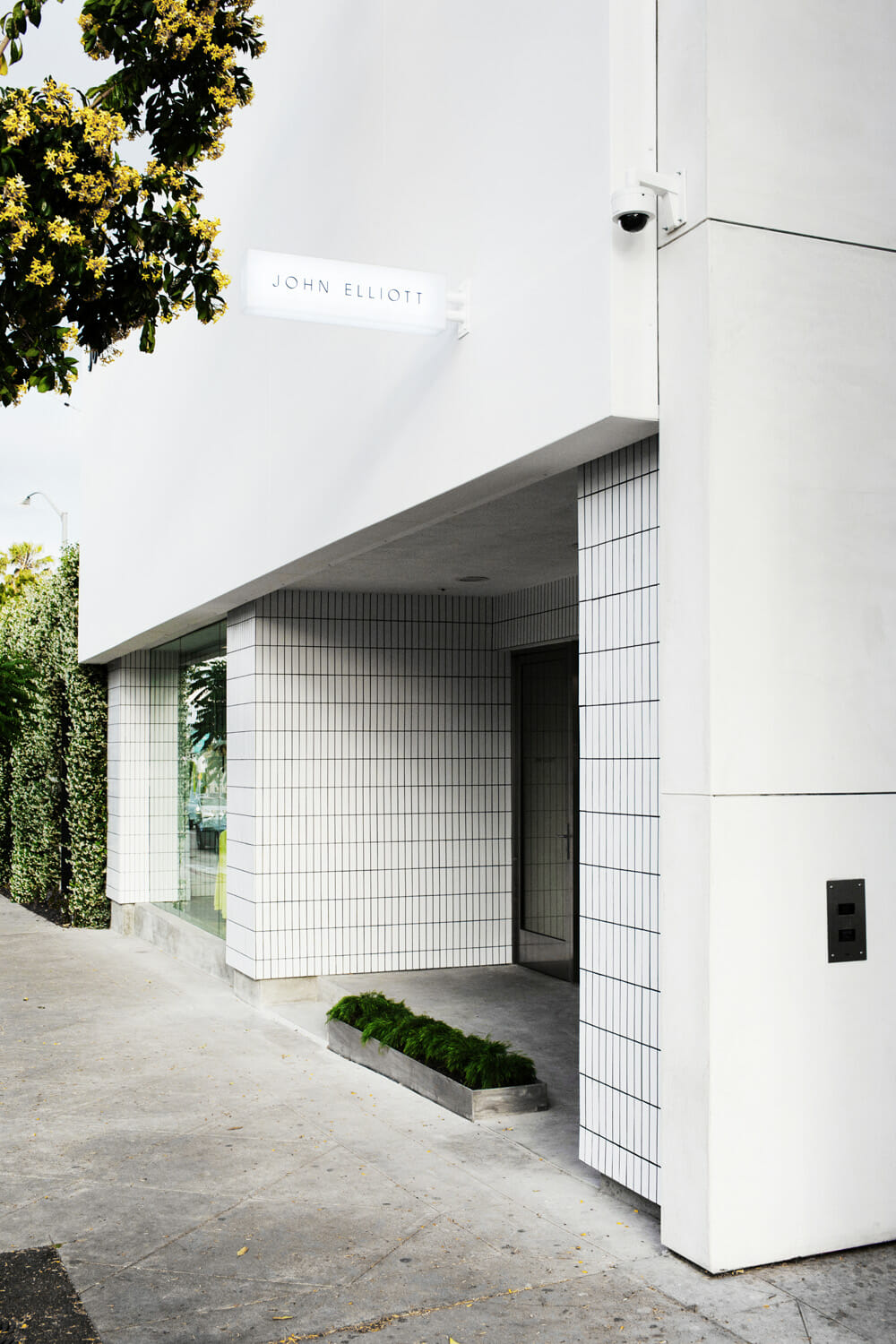 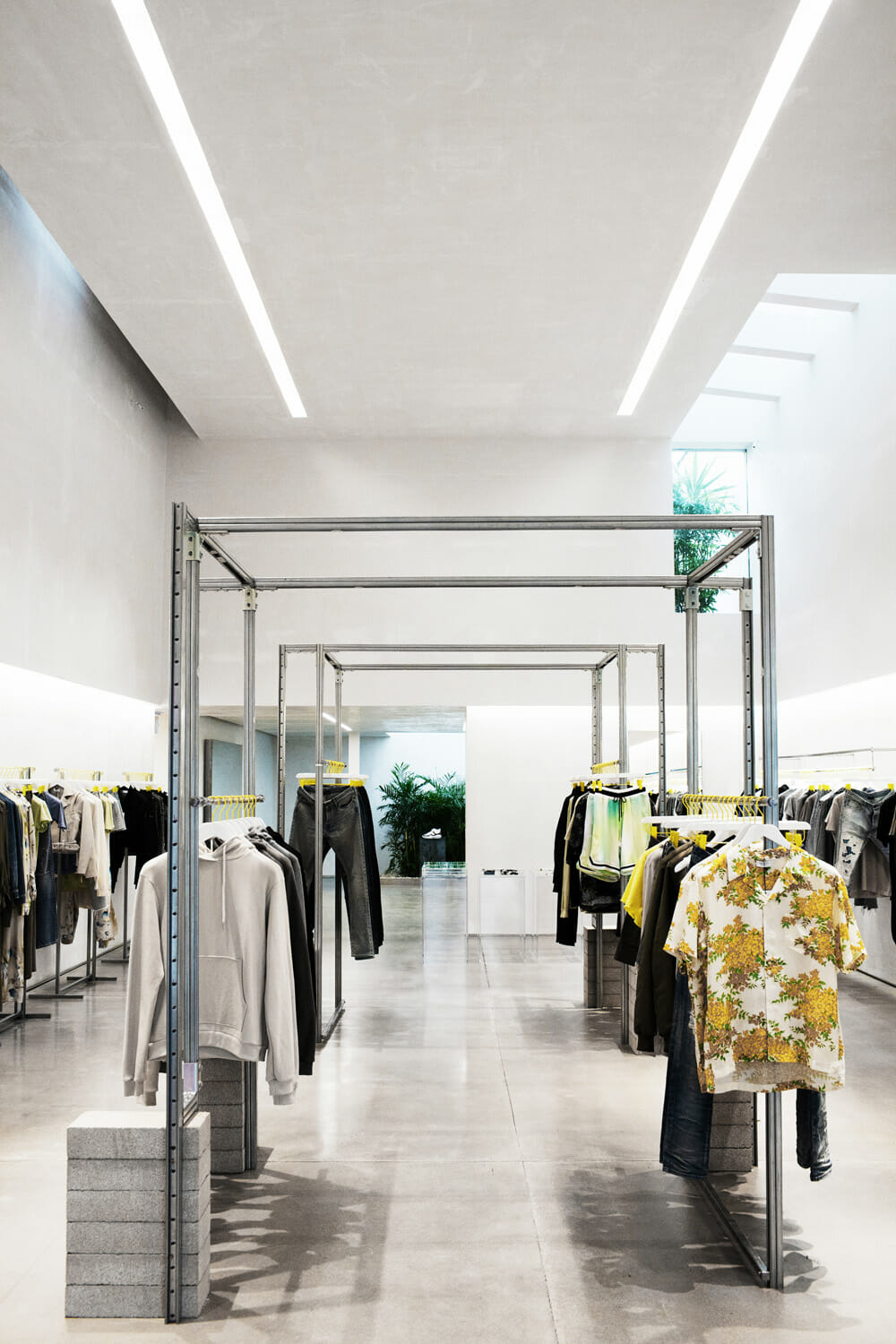 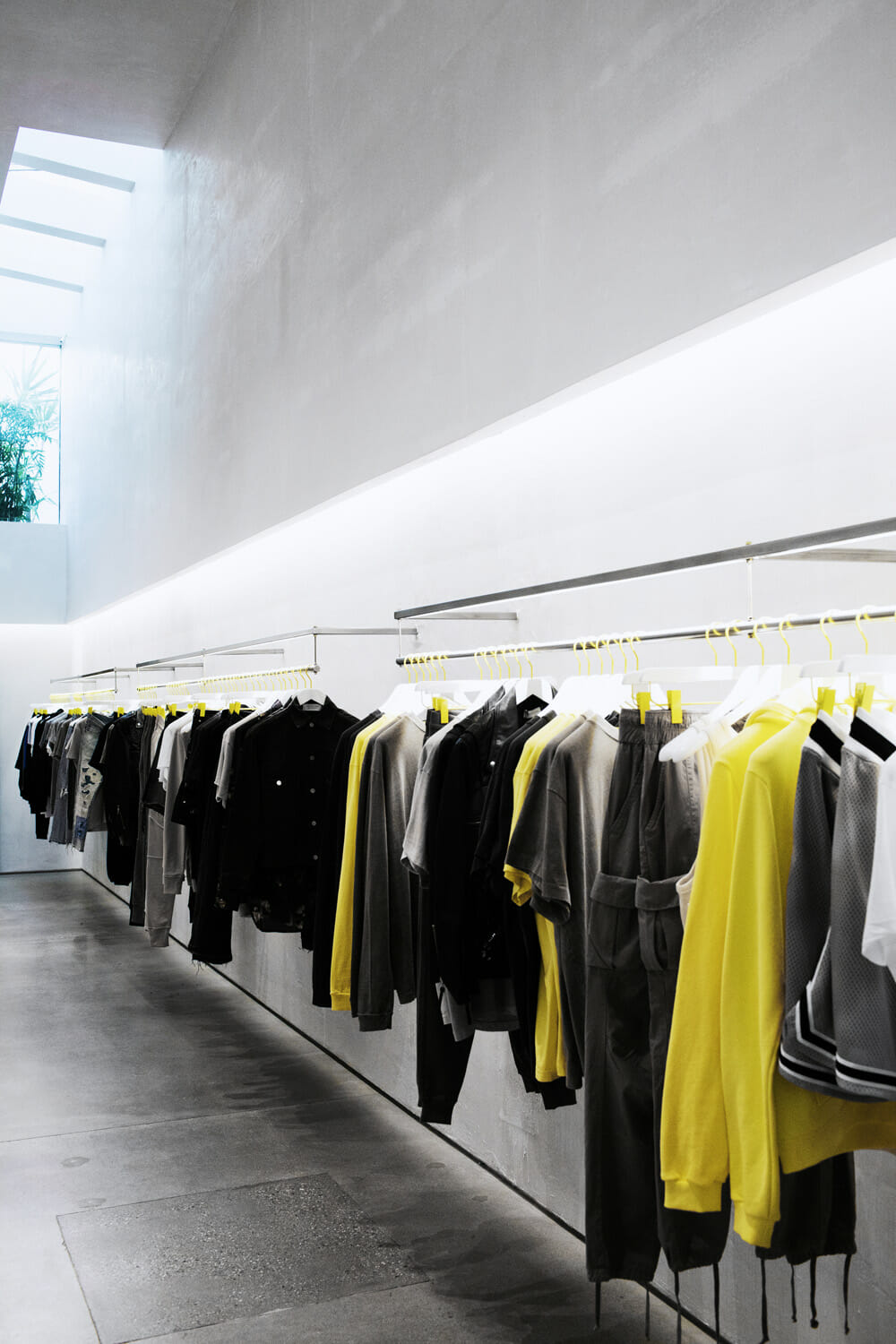 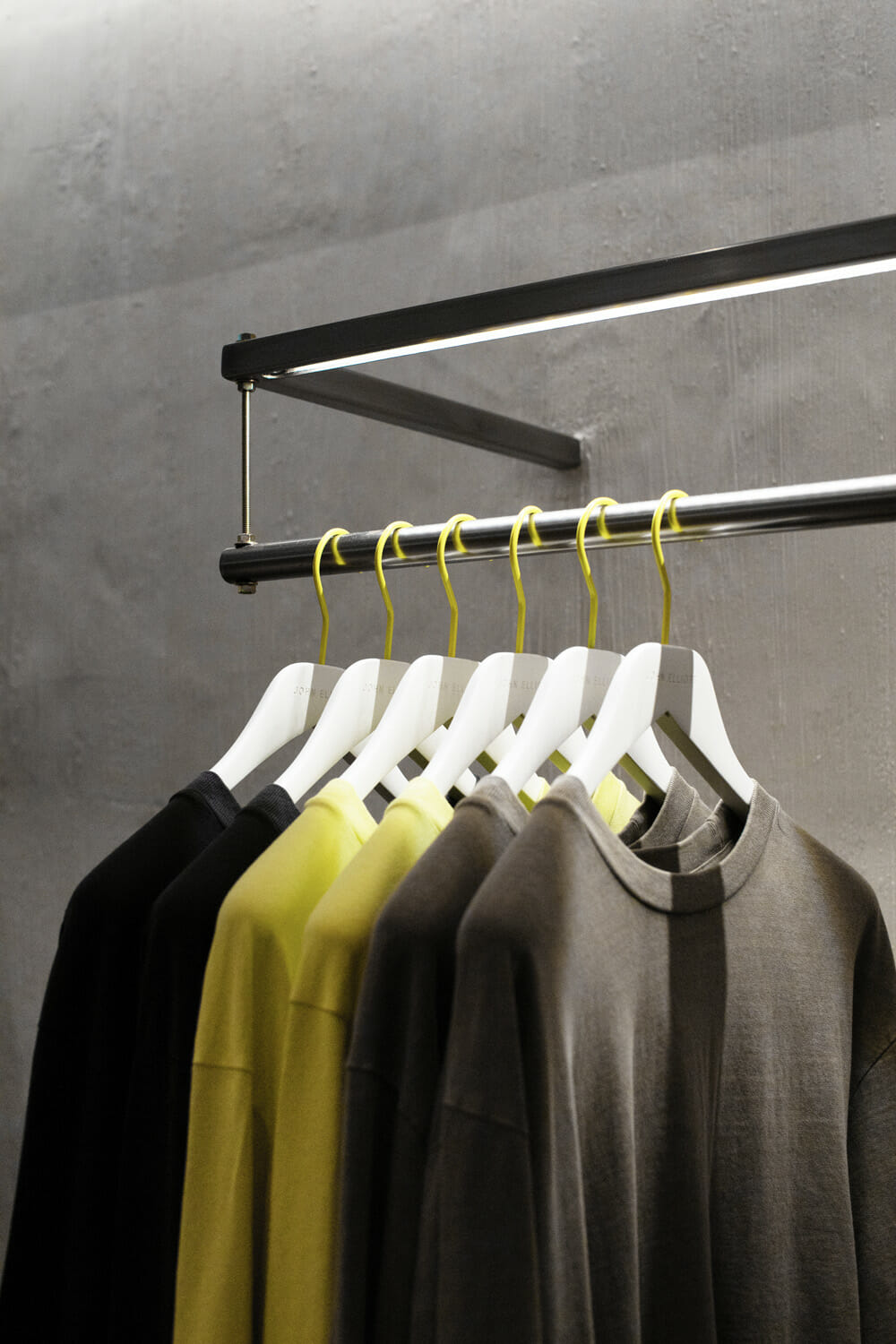 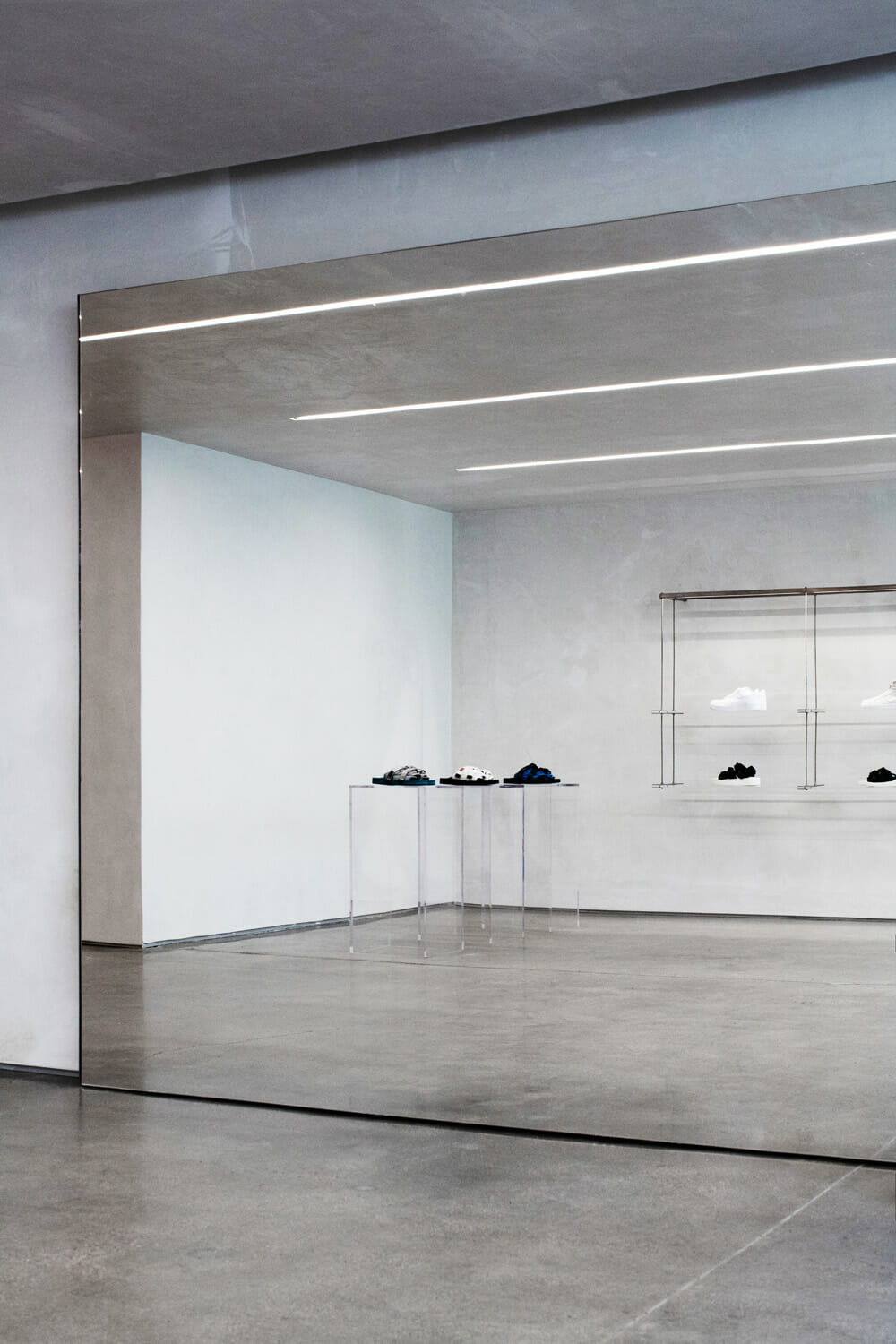 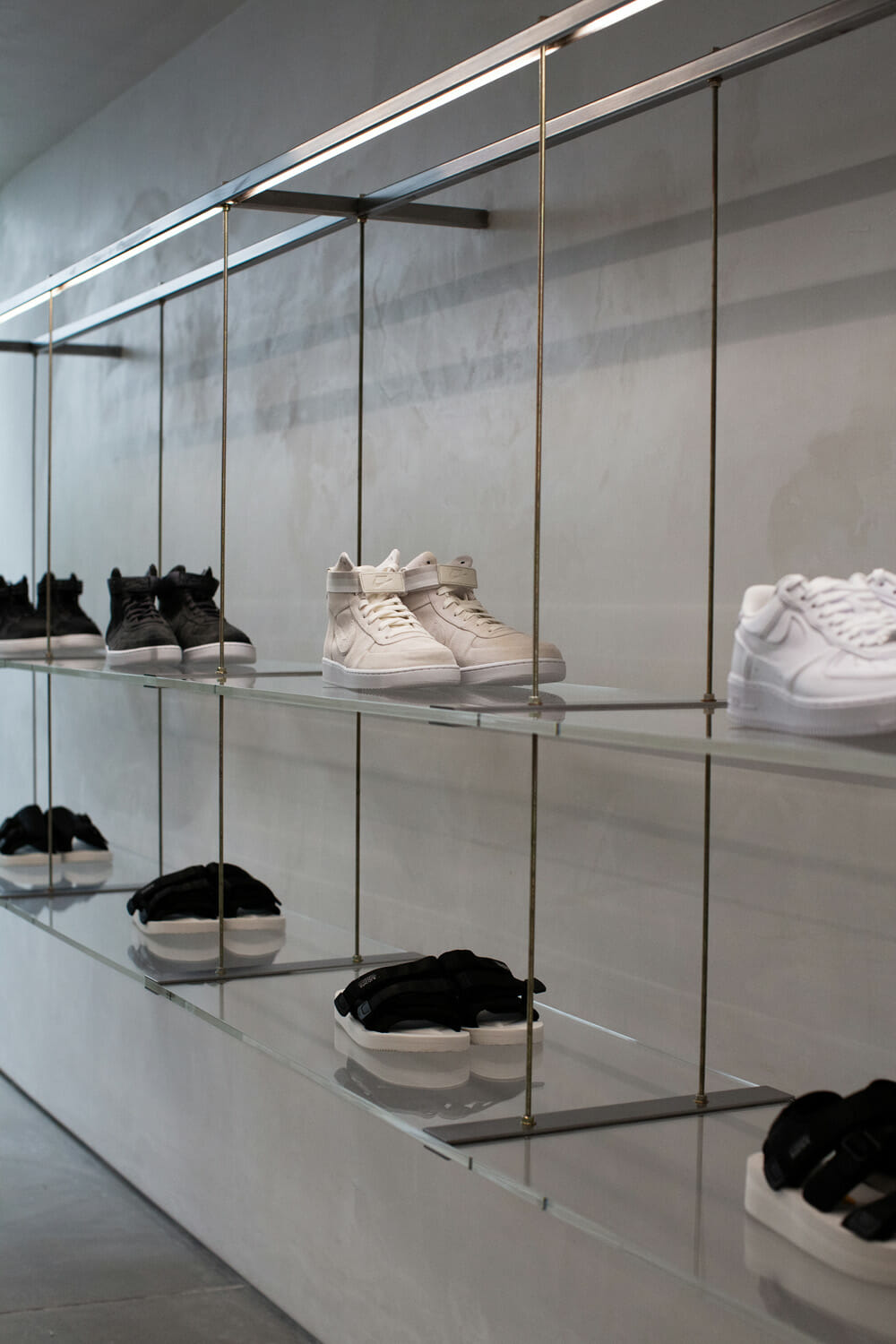 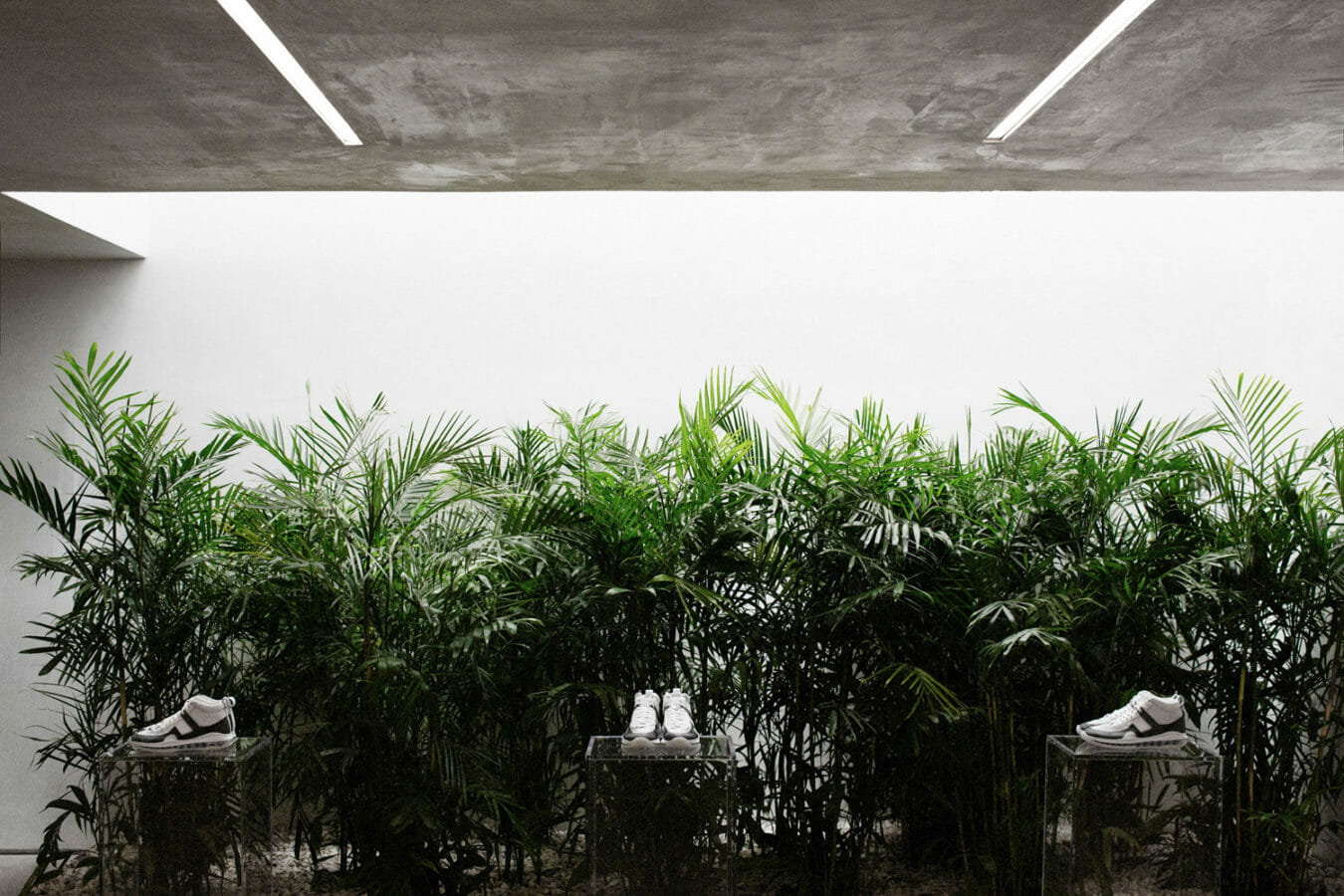 La Brea and Fairfax are already home to streetwear heavyweights, but a new crop of shops is turning Melrose Avenue's stretch just west of Robertson Boulevard into Los Angeles' next magnet for luxury-loving skaters and sneakerheads. Following A Bathing Ape's return to Melrose last year, L.A. designer John Elliott opened his first flagship on the low-key shopping street earlier this month alongside British skate brand Palace, which debuted at the end of April.

Located in Helmut Lang's former space, Elliott's 3,500-square-foot store (8808 Melrose Ave.) is decked out in Japanese matte white tiles on the outside and industrial fixtures made of acrylic and steel on the inside. On the racks are the designer's full womenswear and menswear collections (currently, it's his L.A.-inspired spring/summer line that includes pieces bearing the City of Angels' official seal and basketball shorts featuring a bougainvillea print) as well as his recent collaborations, including new colorways of the Nike x LeBron James Icon kicks (which drop online this Saturday), American Southwest-inspired sandals with Japanese label Suicoke ($198), women's and men's fine jewelry with M.A.R.S. ($198 to $4,000), and outerwear with Blackmeans ($1,900 to $2,200).

In an interview with The Hollywood Reporter, Elliott revealed that among the reasons that he selected Melrose for his first-ever brick-and-mortar was "the institution that is Maxfield," the legendary designer concept retailer that's been a longtime anchor on the block for over two decades. It's known for its mix of avant-garde labels and edgy-luxe streetwear alongside the usual European fashion houses, like Gucci, Balenciaga, Rick Owens, Vetements, Heron Preston, Off-White, and others. (Full disclosure: This writer also reported the THR story.)

Down the block, Palace's first L.A. outpost (9006 Melrose Ave.) lives up the the Brit-bred brand's name: The palatial Grecian interiors are complete with grand Corinthian columns that welcome visitors into the space, which stocks the brand's full collection of tees, sweaters, hoodies, footwear, snapbacks, small leather goods, skate decks and wheels, and accessories ($16 to $248) as well as collabs with Oakley and New Era.

Between Elliott and Palace is BAPE's 2,500-square-foot flagship, which reopened after an eight-year hiatus in L.A., reports Hypebeast. (It first opened a few blocks west of Fairfax in 2008 and shuttered in 2010.)

Take a peek inside John Elliott's shop and scroll through the gallery above, peep more photos of Palace's West Hollywood skate shop below (and see here for more snaps), then keep scrolling for each store's address and hours.

2 0
Danielle Directo-Meston May 23, 2019
ADVERTISEMENT
GET OUR NEWSLETTER
MOST READ THIS WEEK