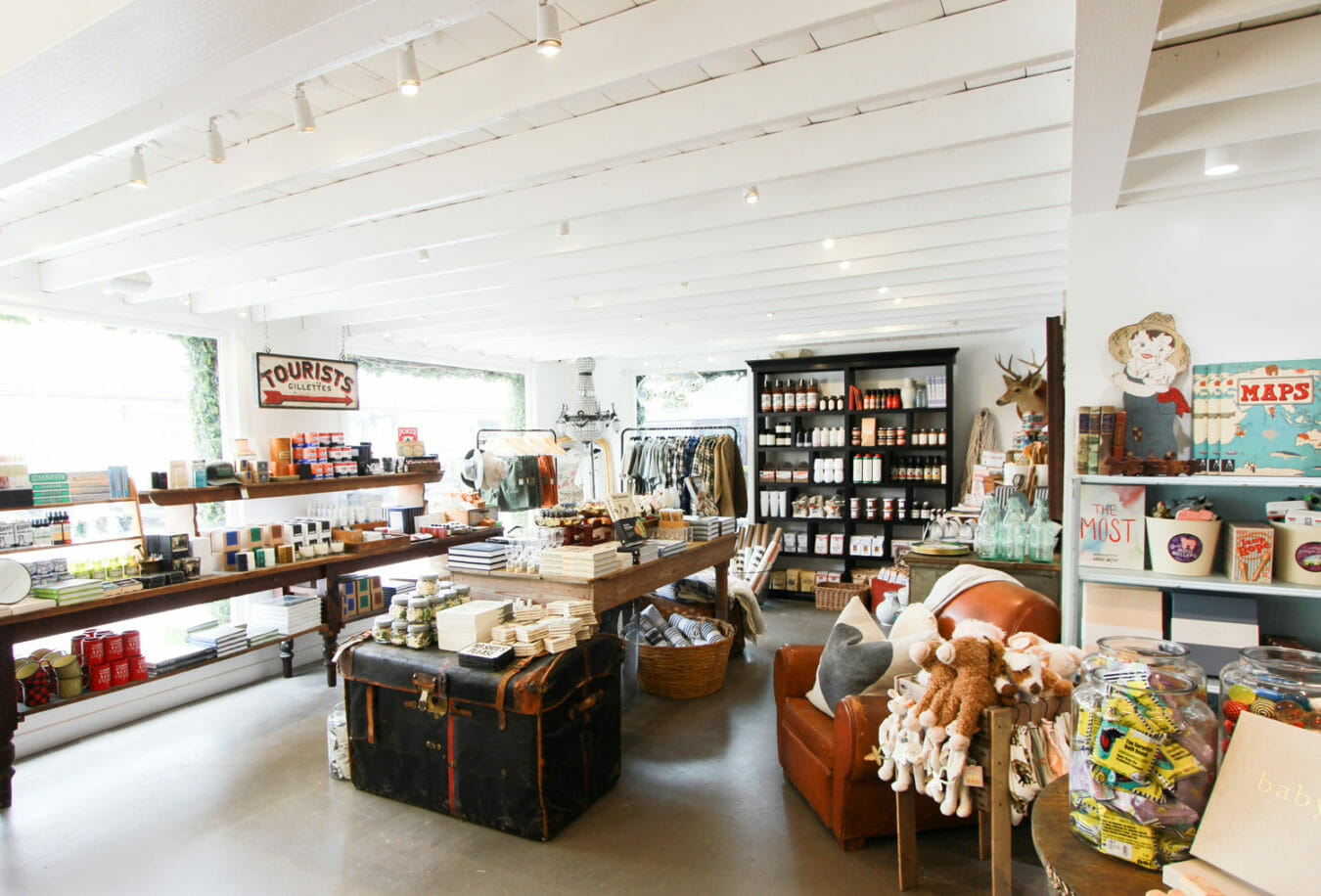 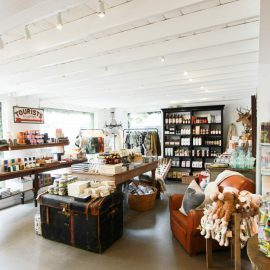 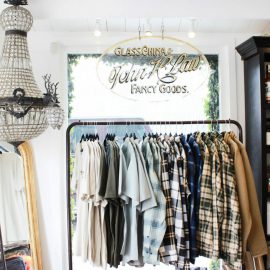 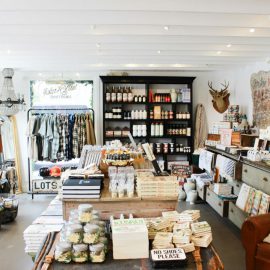 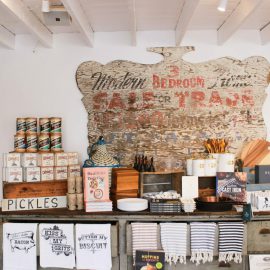 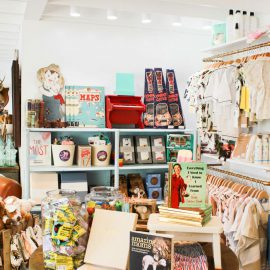 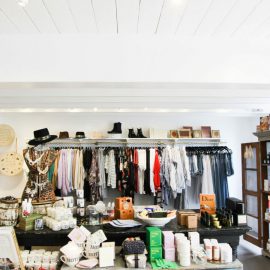 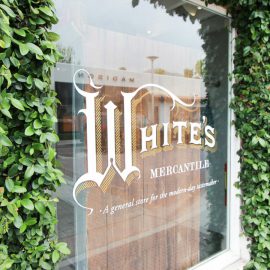 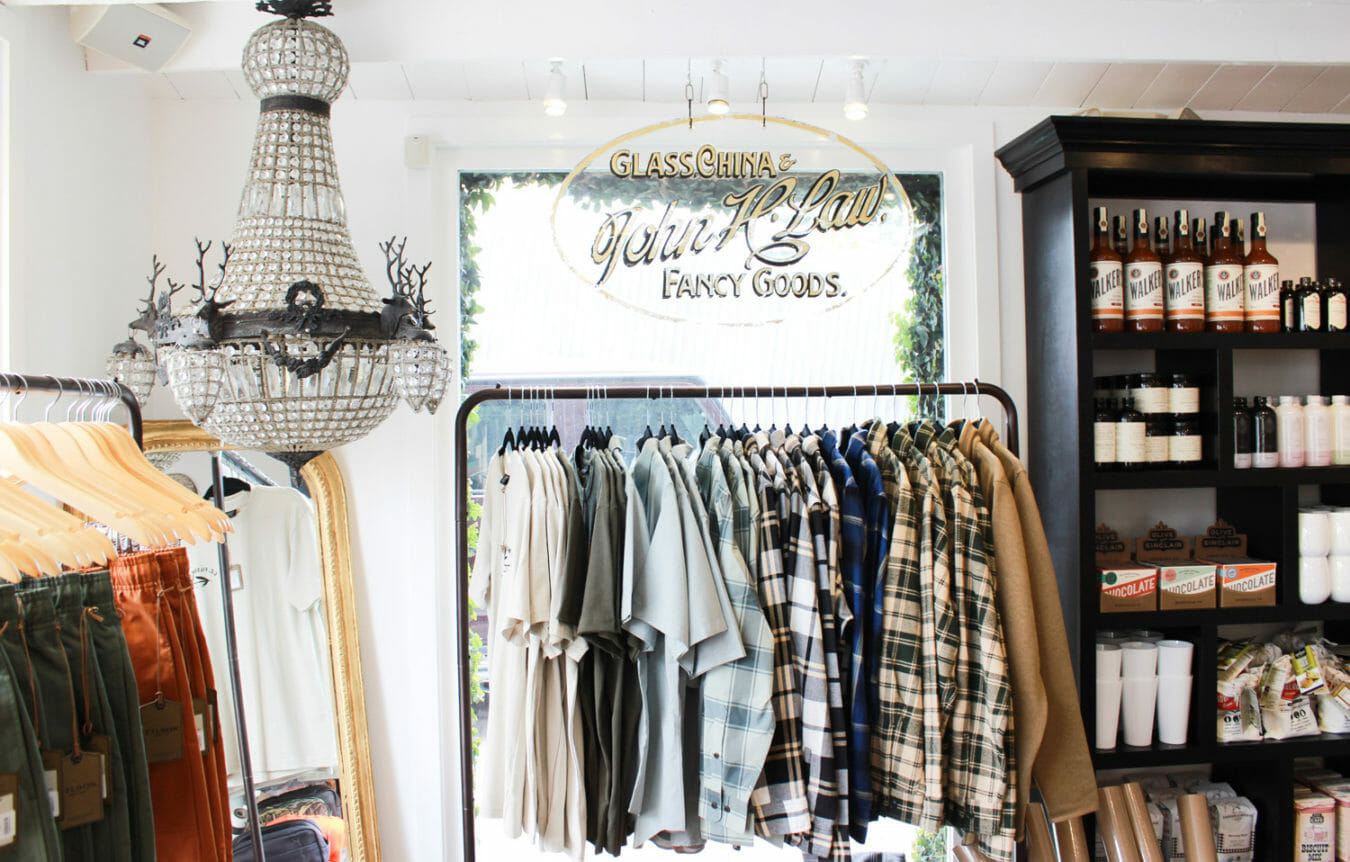 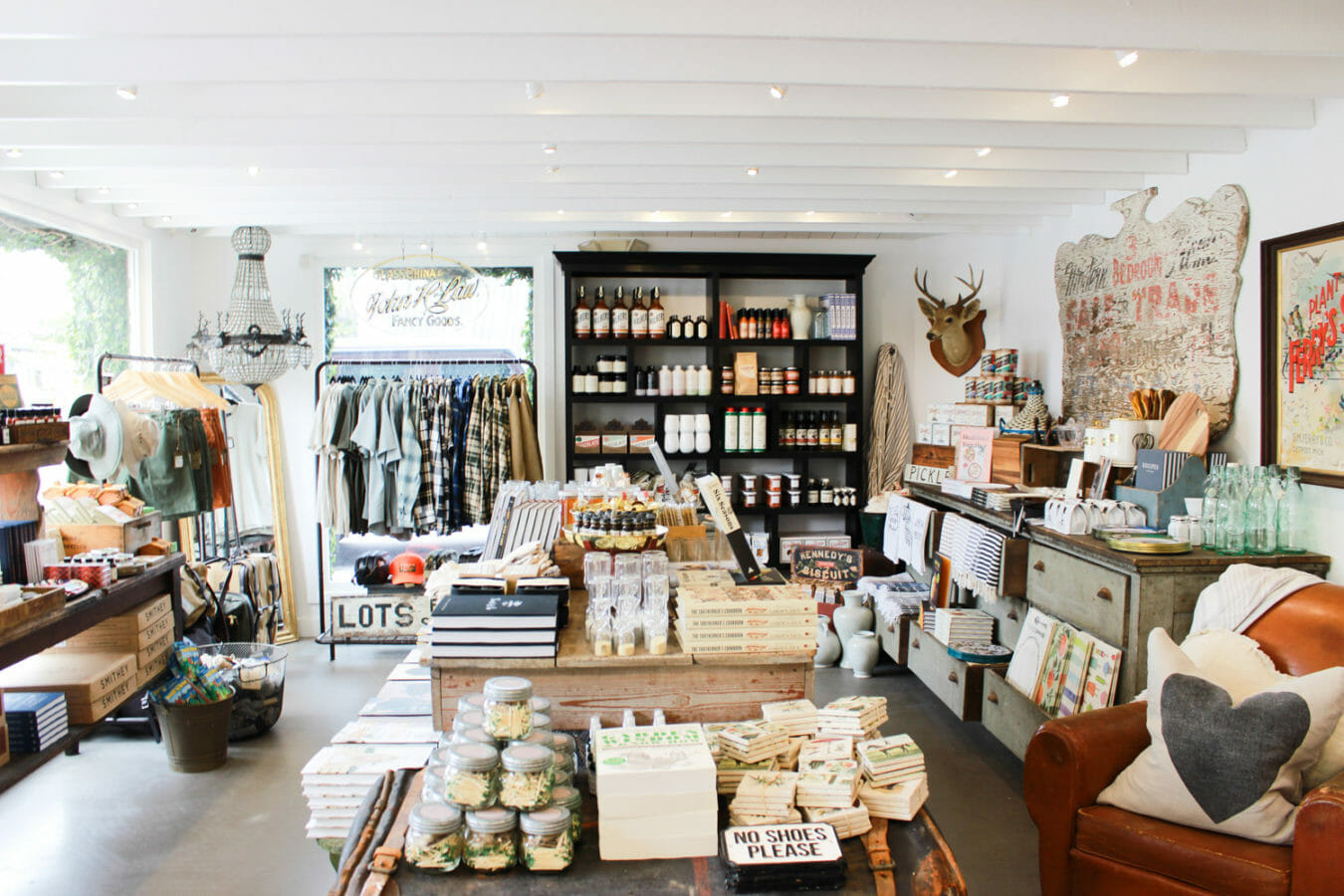 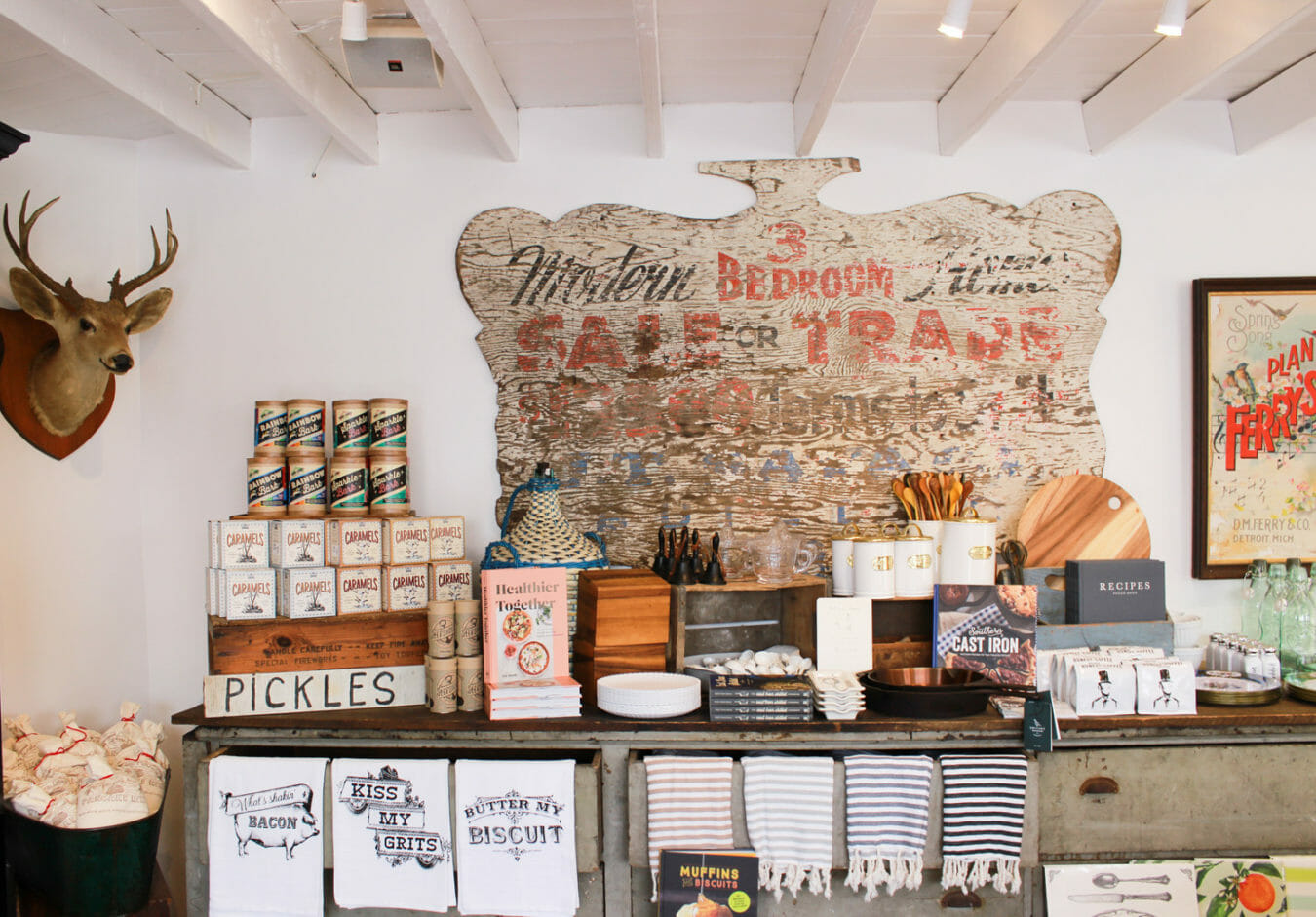 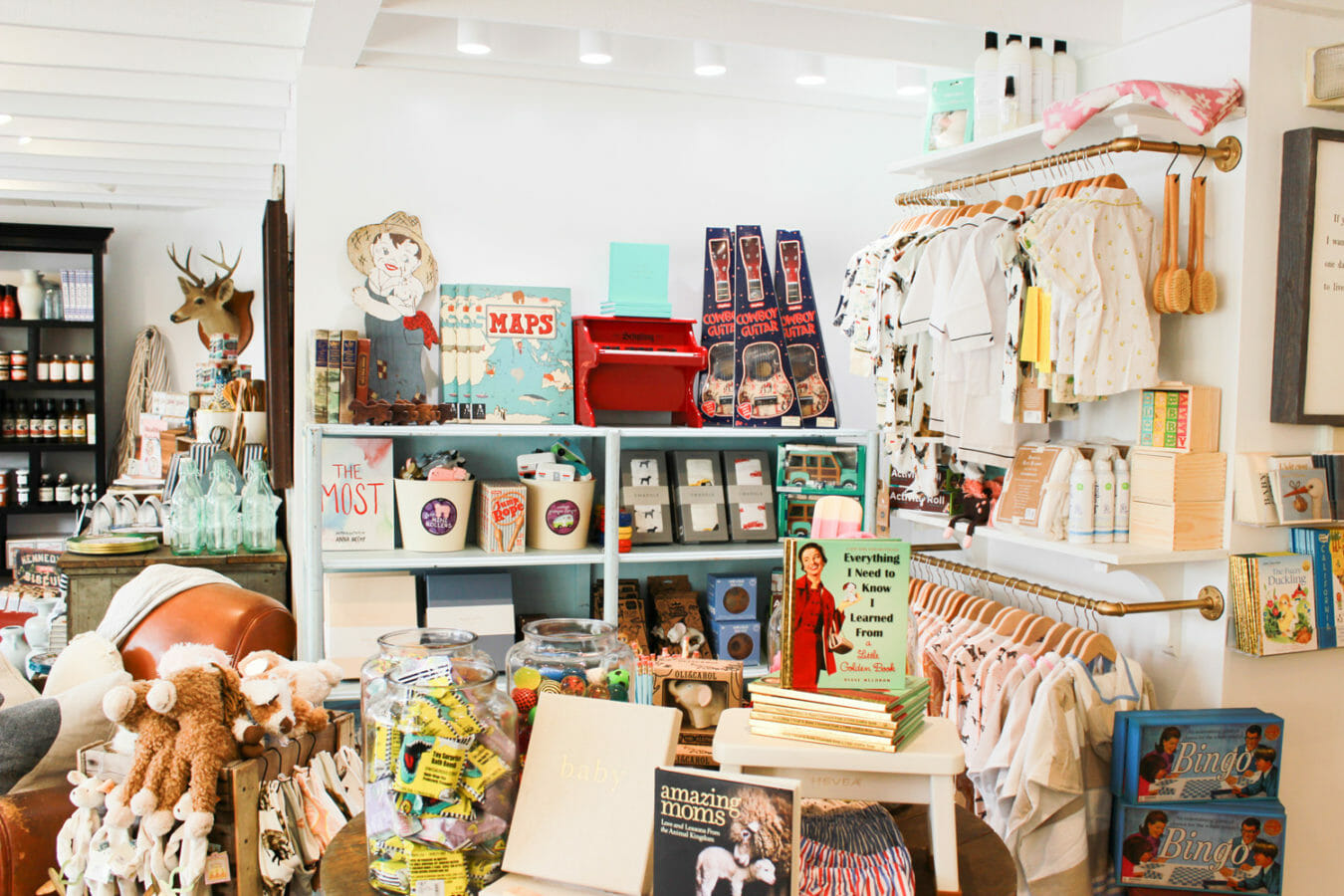 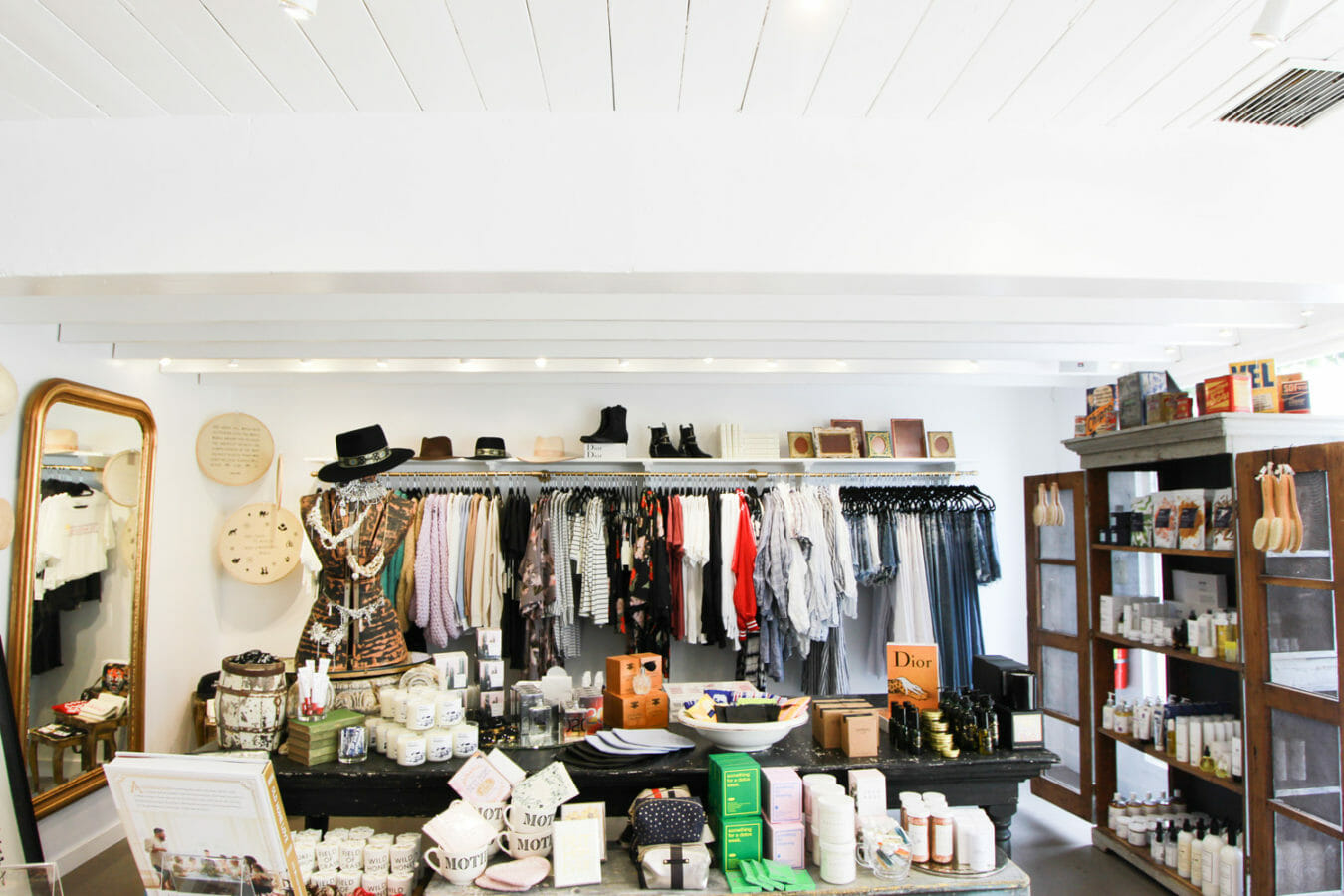 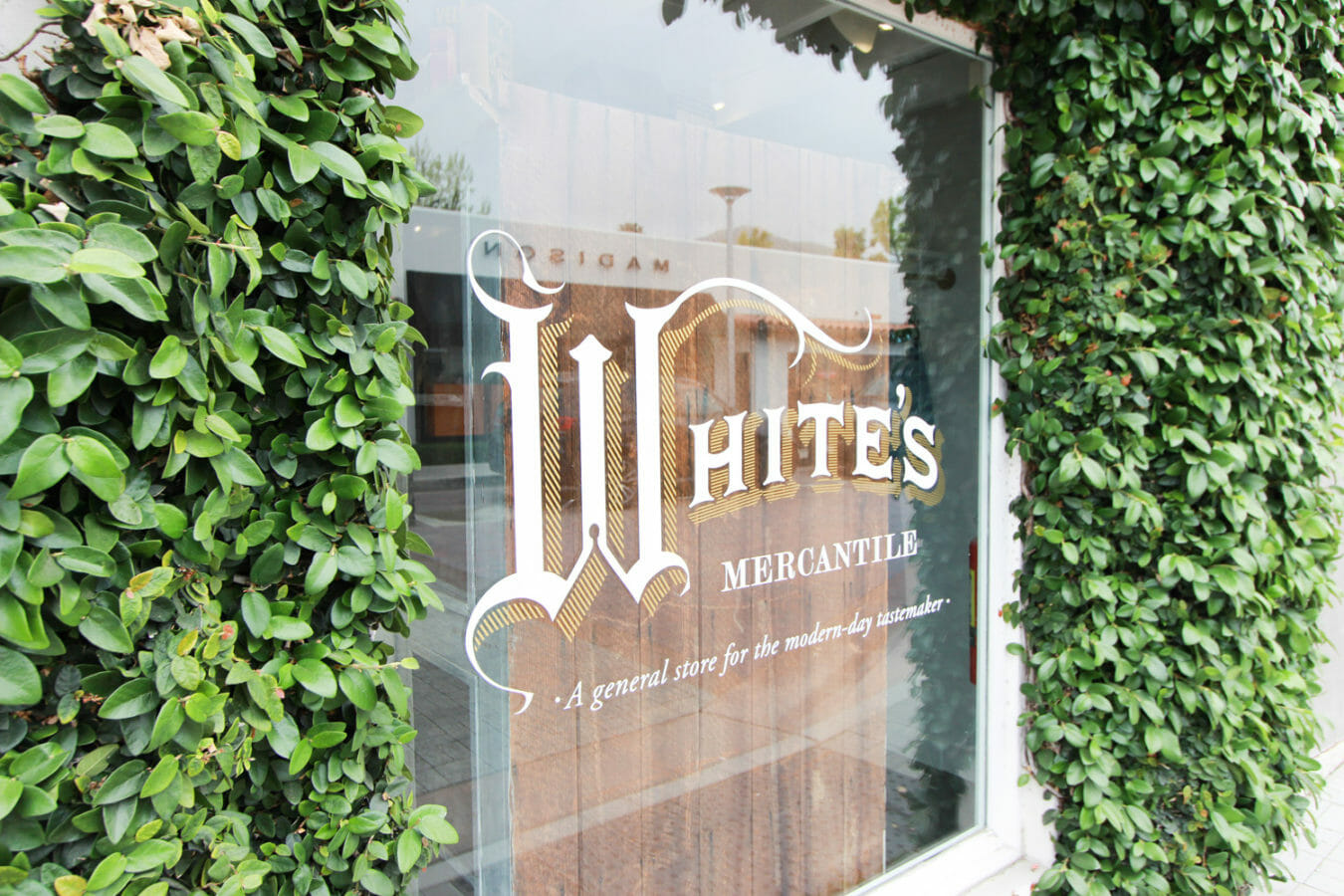 Malibu Country Mart has gotten a little bit more country, thanks to music star and entrepreneur Holly Williams. As mentioned, the multi-hyphenate musician (who's also the daughter of Hank Williams, Jr. and granddaughter of Hank Williams, both country music legends) has opened her first West Coast outpost of White's Mercantile, bringing Nashville's stylish vibes to the coastal shopping destination.

The 1,405-square-foot shop officially opened next door to Vince and across from Ralph Lauren's like-minded brand, Double RL & Co. at the end of April, the very same weekend that Stagecoach festival took over Indio. Named after Williams' maternal grandparents, June and Warren White, the boutique chain was inspired by "the old Southern general stores that I went to growing up as a kid [with] my mom. [They] were there just to serve the needs of the communities, so we always have a little bit of dog [accessories], a little bit of baby [items], a little bit of pantry items," Williams tells us.

On the shelves (which also happen to be vintage finds sourced by Williams from around the U.S., including via eBay), find everything from cookbooks, wooden spoons, and cocktail accoutrements alongside clothing, footwear, and accessories for everyone in the family (yes, including your pups), skincare and beauty products, home decor, vintage furniture, and much more.

Women will find denim by Agolde, hats by Lack of Colour, and boots by Anine Bing, while gents can stock up on button-down shirts and toppers by Filson, to name a few. Also in the mix are finds from local brands, including raw honey from Malibu Honey and fine jewelry from L.A.-based line Eriness, to name a few (the local offerings will expand as the store gets to know more neighbors, Williams says).

Williams is no stranger to playing stylish shopkeep: In addition opening three other White's Mercantile stores this year (Charleston, S.C., Louisville, Ky., and New Orleans, La., marking eight total U.S. locations), she also founded Nashville-based women's designer boutique H. Audrey. And the next time you find yourself in Music City, U.S.A., you can experience Williams' interior design chops even further by checking into one the historic homes she transformed as part of of White's Room & Board, her luxury vacation rental company.

Williams says she usually makes the trip out west at least twice a year, "but it'll obviously be more now." As far as her favorite L.A. spots, she says "my first stop always and forever is Nobu — which I know sounds oh-so-touristy, but there's just [nothing] better. Mainly when you live in Nashville and you're land-locked and you can eat fresh sushi by the waves crashing is crazy amazing."

Other City of Angels go-tos include Gjelina in Venice, Hugo's in West Hollywood, Barneys in Beverly Hills, and Fred Segal, she tells us. (Hey Holly — Fred's in Malibu now!)

See more inside White's Mercantile and scroll through the gallery above, and see below for the store's hours and address.

Give Your Boho-Modern Home A Fair-Trade Makeover at The Citizenry's First L.A. Sample Sale

0
Danielle Directo-Meston June 4, 2019
ADVERTISEMENT
GET OUR NEWSLETTER
MOST READ THIS WEEK