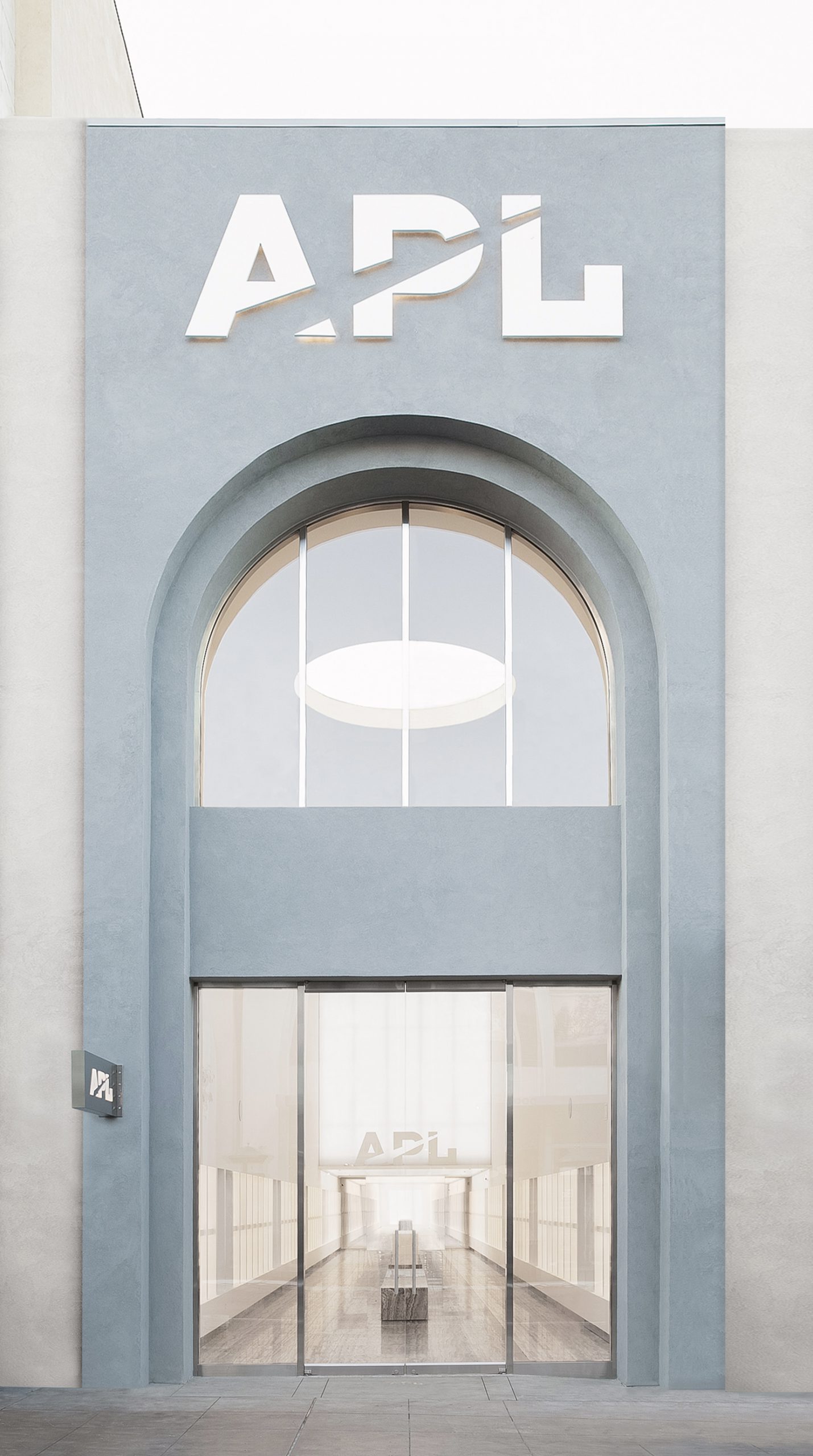 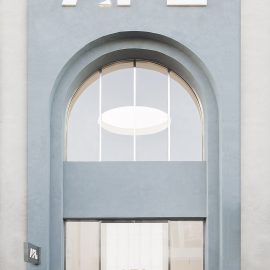 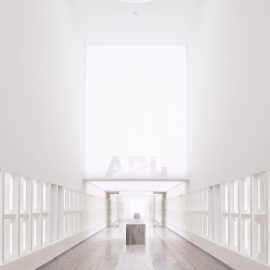 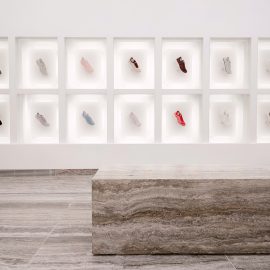 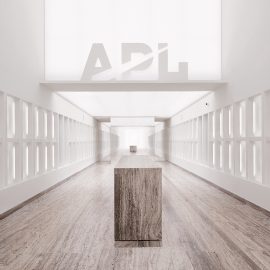 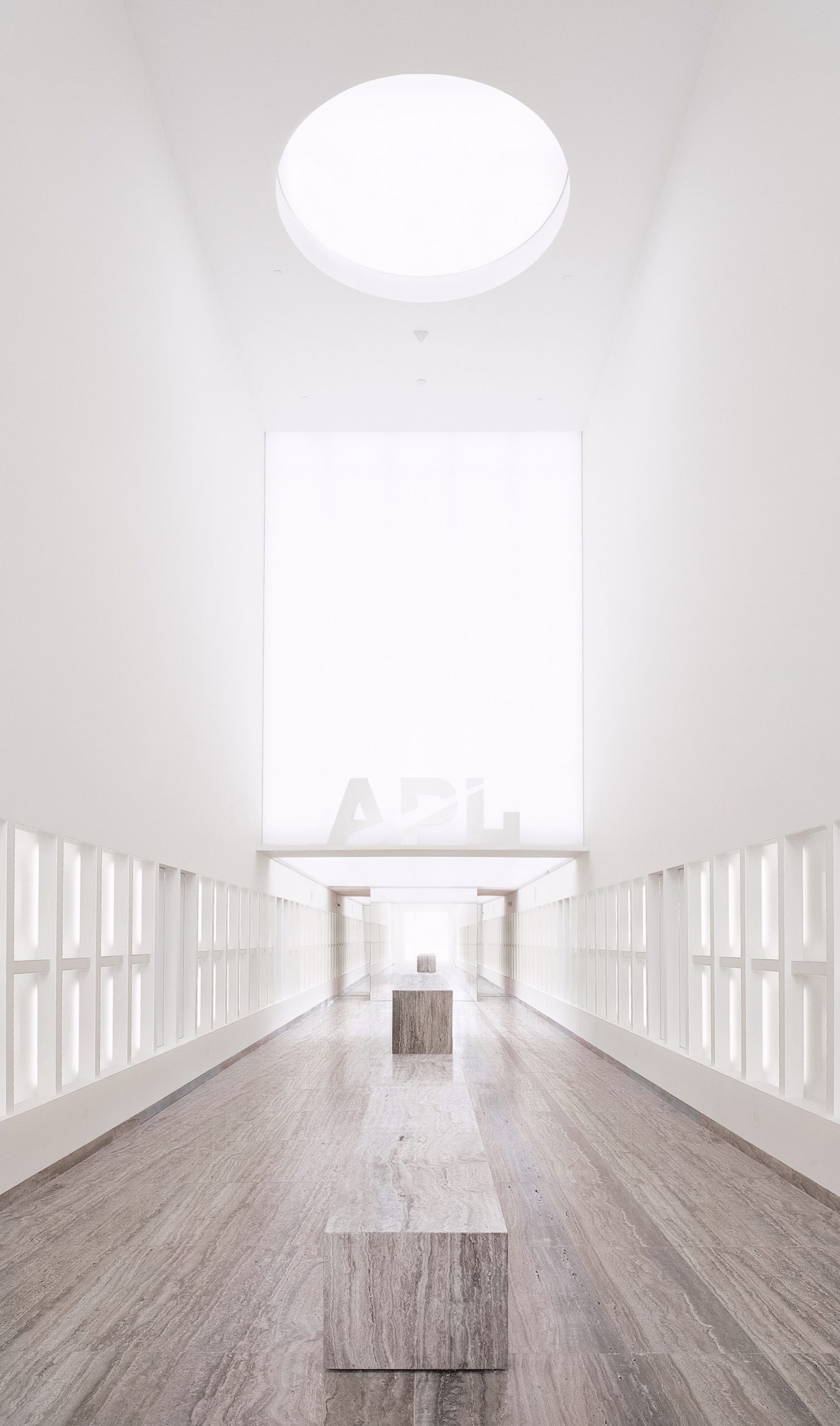 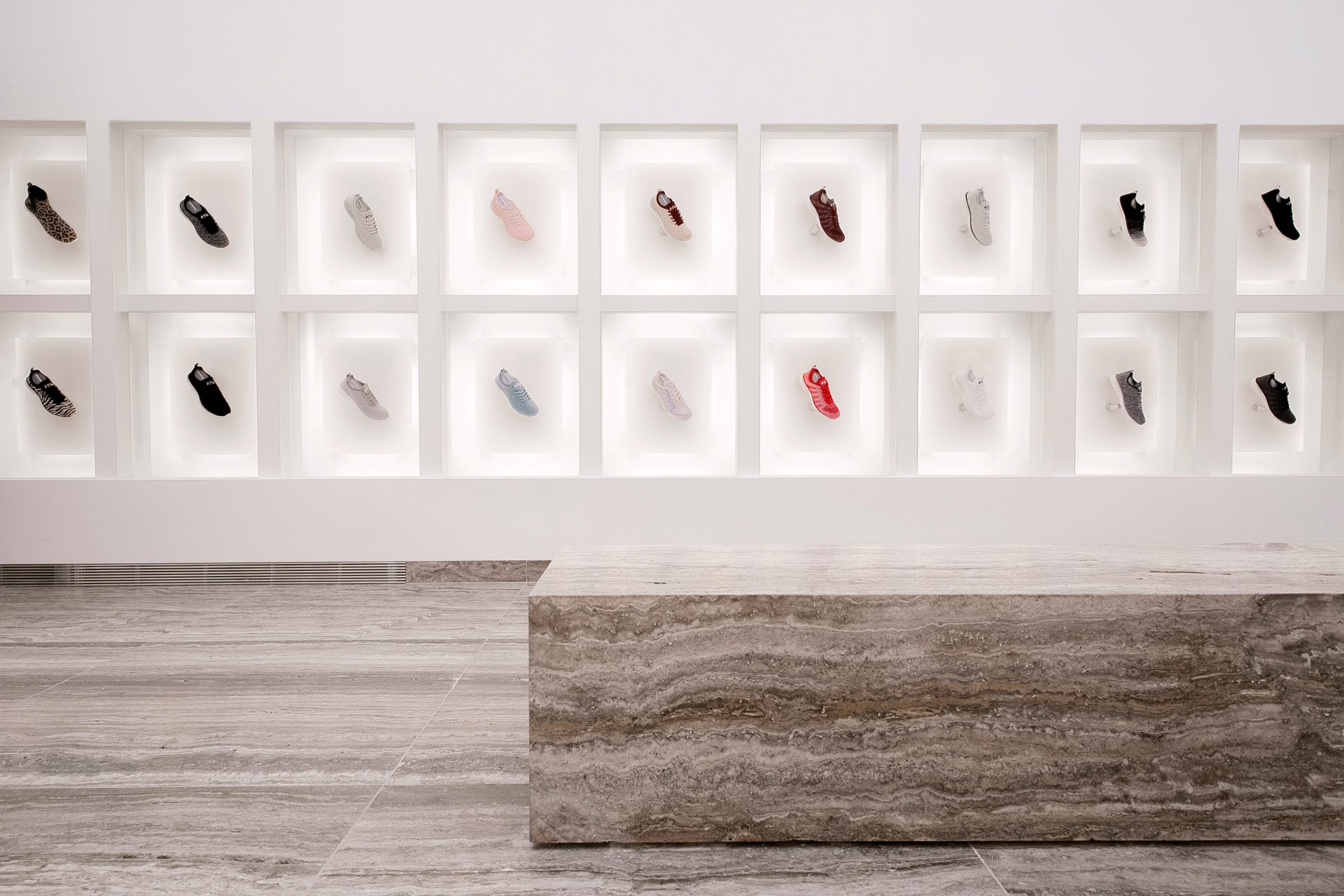 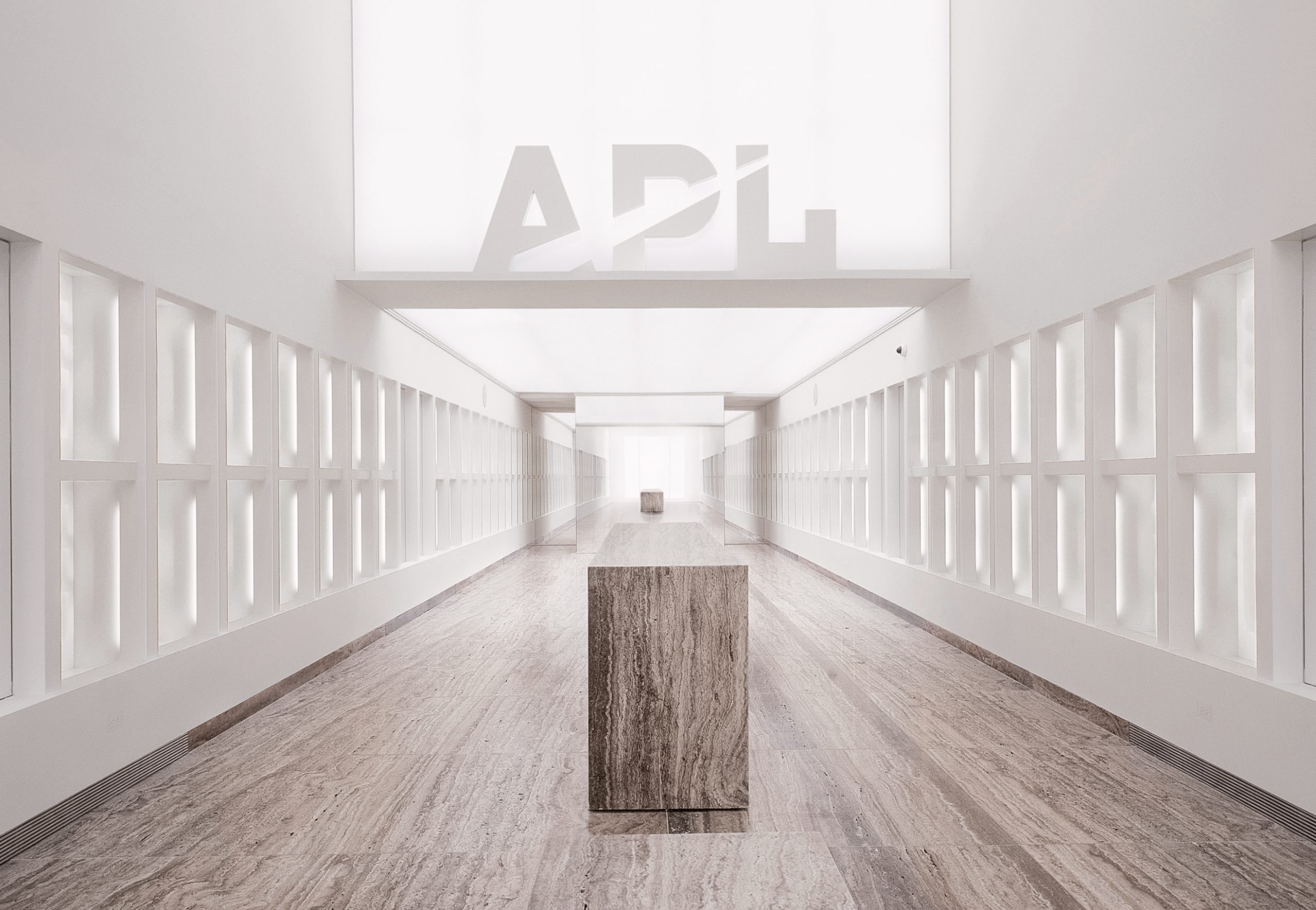 As promised, Athletic Propulsion Labs (a.k.a. APL to its legion of starry fans, including Oprah) has officially stepped into The Grove. The L.A.-based high-performance footwear brand debuted its first-ever shoe shop a few weeks ago next door to Sephora's relocated store (which reopened the day before) — and there's something for every fitness fiend in the family.

Located in Anthropologie's former spot (which was split into two spaces), the 3,000-square-foot minimalist store offers APL's first kids shoe collection ($99 to $119) alongside is full women's and men's luxury athletic sneakers, including its best-selling TechLoom slides, running shoes, and trainers ($100 to $350); its new holiday line of animal print and metallic options; and an exclusive Lakers-inspired pair of purple and gold steppers.

The label was co-founded in 2009 by identical twins and former USC college athletes Adam and Ryan Goldston, who've nabbed accolades from the Obama-era White House, Council of Fashion Designers of America, Forbes, and even L.A. mayor Eric Garcetti. (Fun fact: Oct. 12 is officially APL day in our city.) Their Concept 1 basketball shoe became the first to be banned by the NBA for "providing an undue competitive advantage."

See more inside the sleek silver-and-white shop and scroll through the gallery above, and see the store's hours and location below.

0
Danielle Directo-Meston December 2, 2019
ADVERTISEMENT
GET OUR NEWSLETTER
MOST READ THIS WEEK