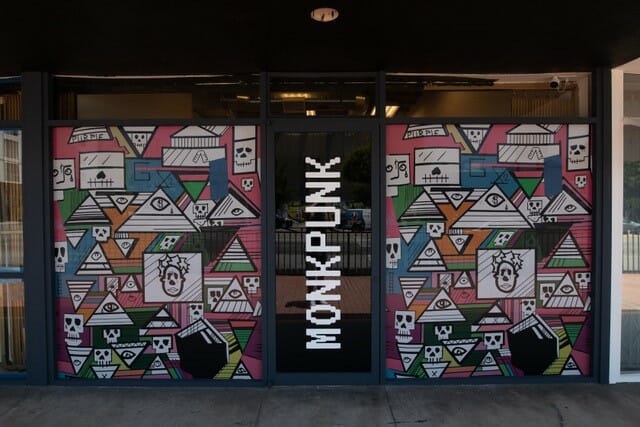 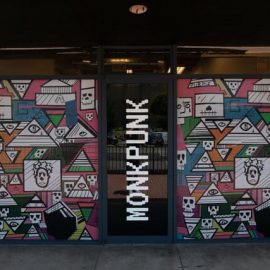 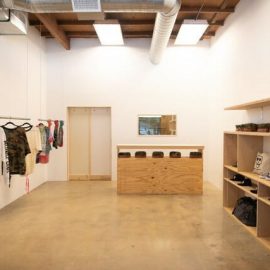 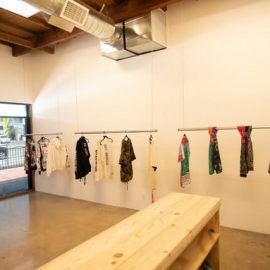 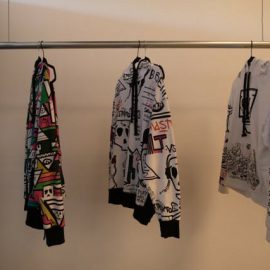 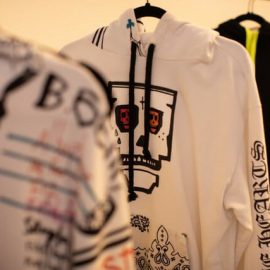 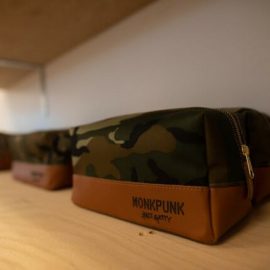 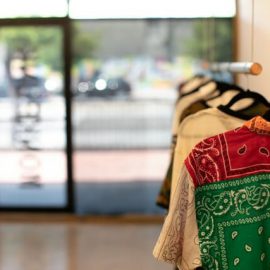 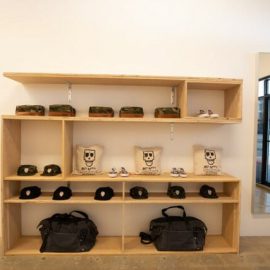 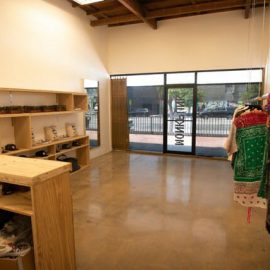 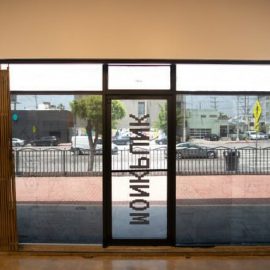 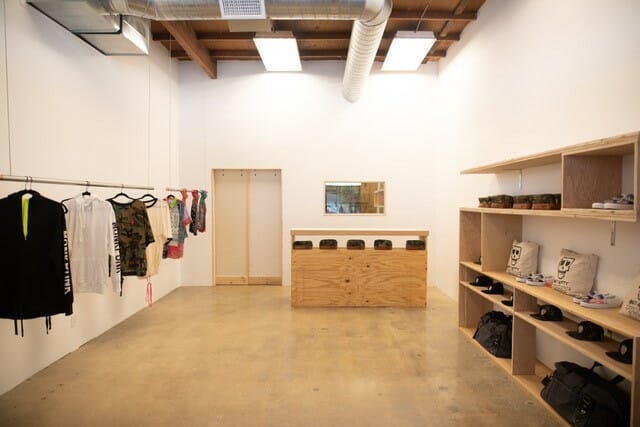 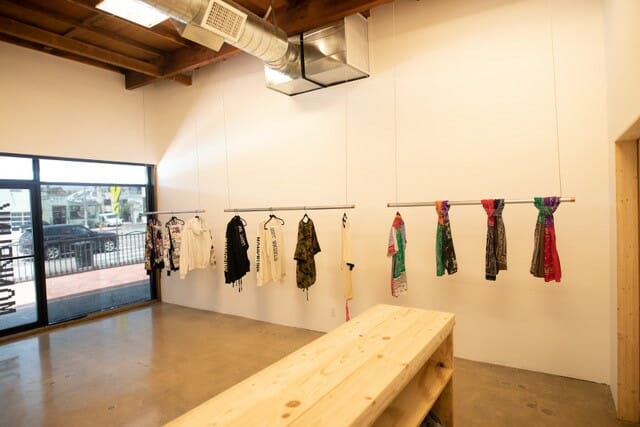 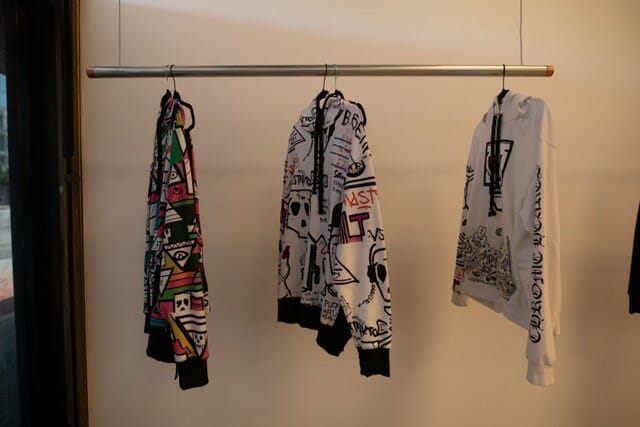 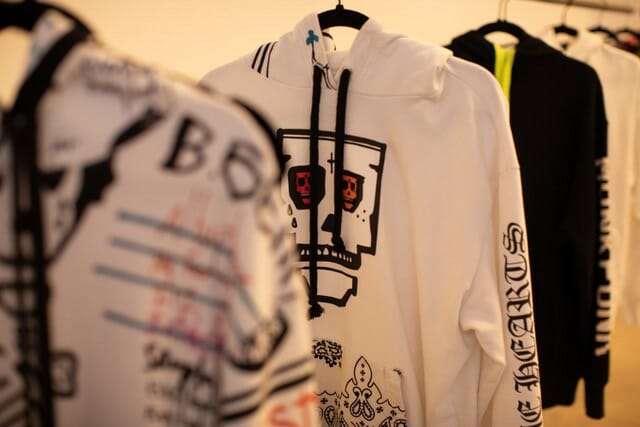 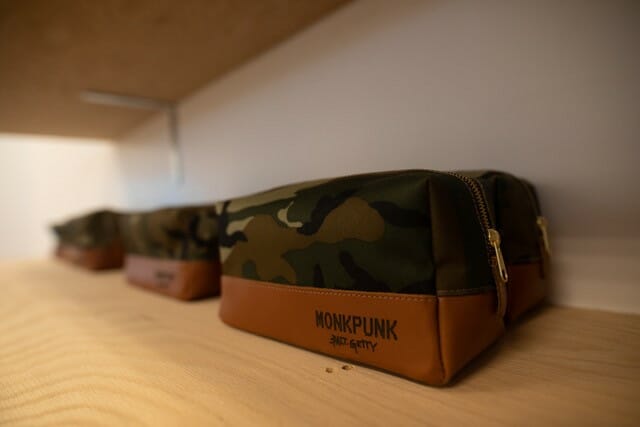 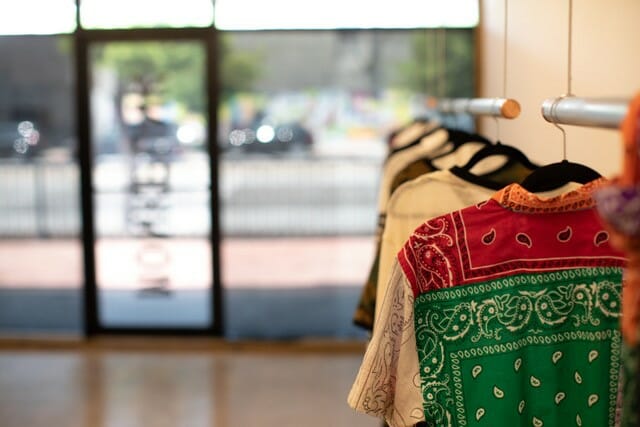 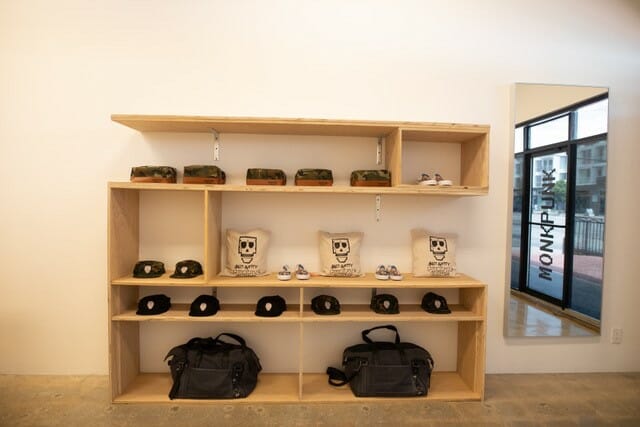 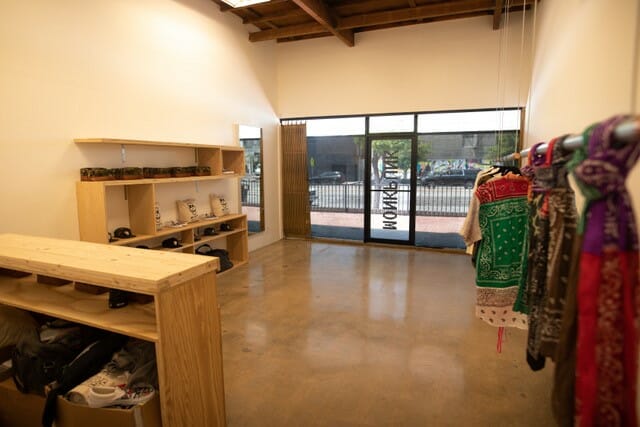 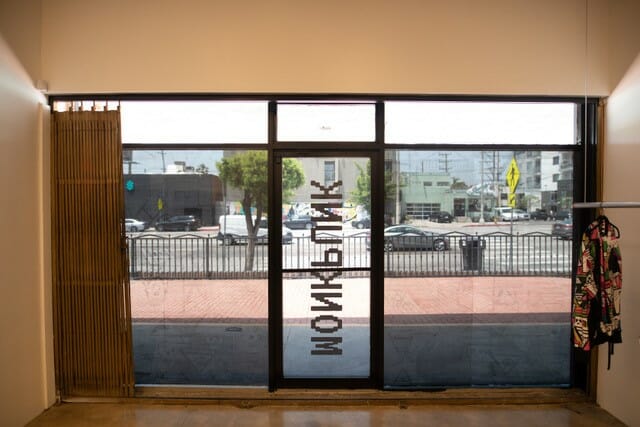 Creative multi-tasking is clearly hereditary in the Getty family. Actor and DJ Balthazar Getty — who you've seen in David Lynch's Lost Highway and the Twin Peaks re-boot, to name just a few — is flexing his fashion muscles with his new label, Monk Punk, and first L.A. boutique on Fairfax Avenue.

The 330-square-foot store is located in a former RadioShack just north of Melrose Avenue in the same strip mall as buzzy Chinese eatery Genghis Cohen and the design studios of fashion designer Rosetta Getty (who's married to the actor). The space also houses the Monk Punk founder's PurpleHaus music label and creative studios, and its official opening in early June — complete with a family-friendly block party with lowriders and a performance by Tommy the Clown and his crew — also coincided with the drop of Balt Getty's new hip-hop track, "Wack."

The unisex Monk Punk line was inspired by Eastern silhouettes and streetwear and features Getty's own illustrations, including the playful skull drawing that's become the brand's logo. The first collection is comprised of dad caps ($50), oversized ringer tees, logo-happy sweaters and sweats, and one particular collarless shirt dress dubbed The Paul ($395), which was inspired by the caftan that Getty's famed grandfather, John Paul Getty Jr., wore in the iconic Vogue photo shoot in 1970 in Marrakech. (His father was John Paul Getty III and his great-grandfather was the British-American petroleum magnate, J. Paul Getty.)

There are also reconstructed scarves, t-shirts, and button-downs made from bandanas ($175 to $450), weekender and overnight bags in waxed canvas and leather ($1,585 to $1,495), as well as a hoodie collaboration between edgy-luxe L.A. fine jewelry brand Chrome Hearts and Getty's PurpleHaus studio ($350).

Though the line has been in the works for the past two years, he explains that the concept has been on his mind for 15 years and is a natural extension of his creativity: "I've always used clothing to express myself; sometimes, I want to be in all black and look like a hitman. Sometimes I want to be some guy on a yacht and a pink button-up. And sometimes I just want to be a rapper," he tells us. True to his philanthropic roots, Getty's new lifestyle brand also donates a portion of proceeds to local charities, including the Crenshaw Rams, a South L.A. youth program.

Peek inside the shop and scroll through the gallery above, and see below for the store's address.

Here's How to Score Regular Deals on This Charitable L.A. Label's Star-Beloved Basics

0
Danielle Directo-Meston July 31, 2019
ADVERTISEMENT
GET OUR NEWSLETTER
MOST READ THIS WEEK