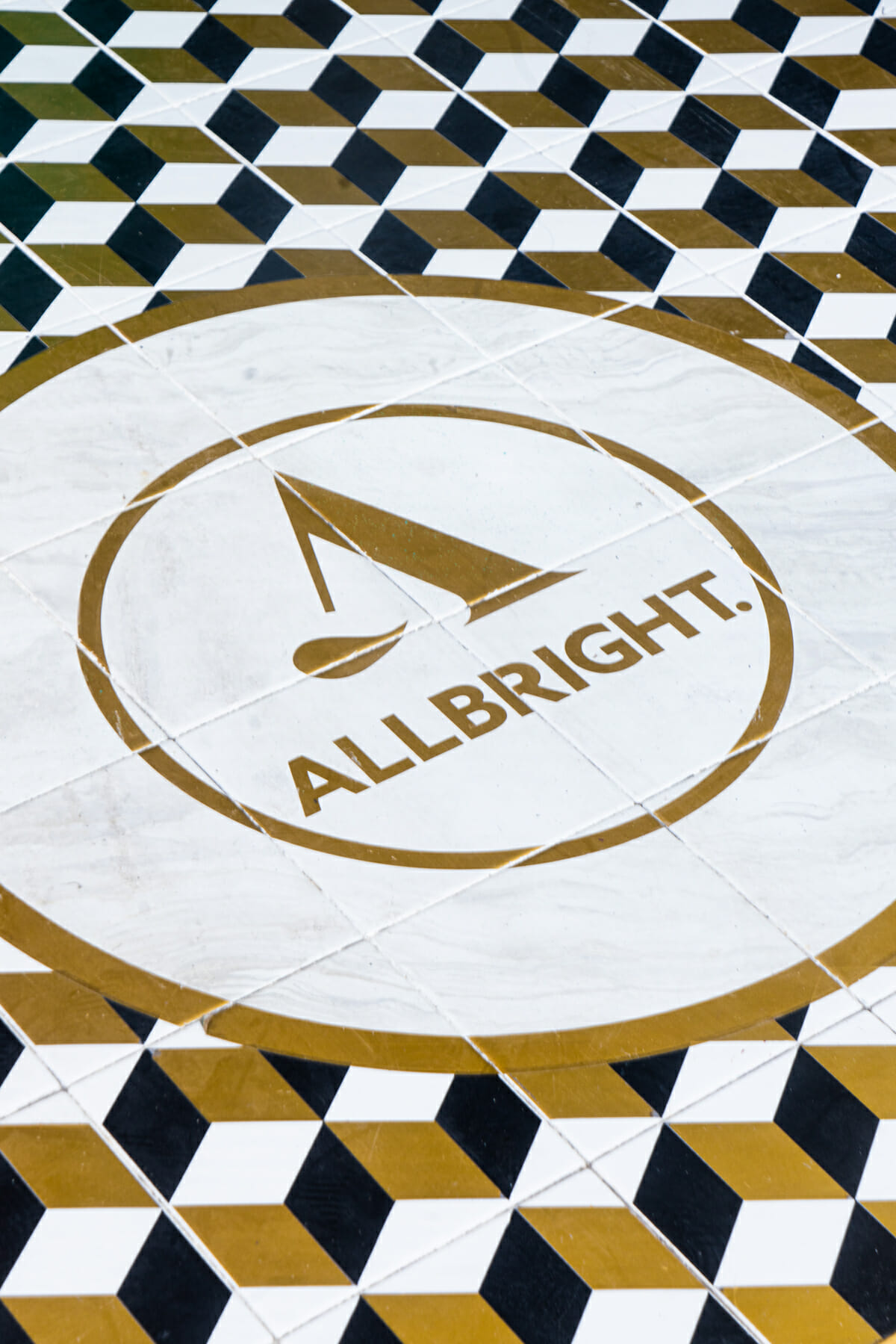 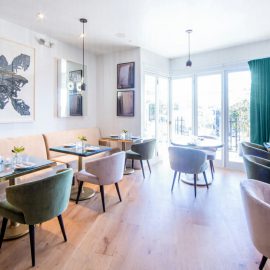 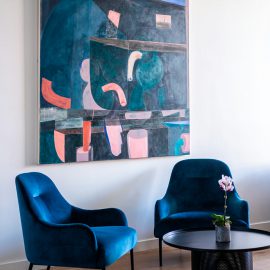 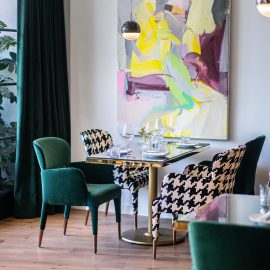 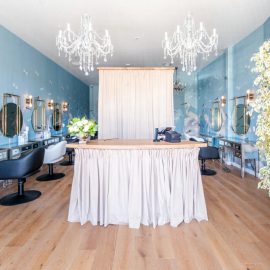 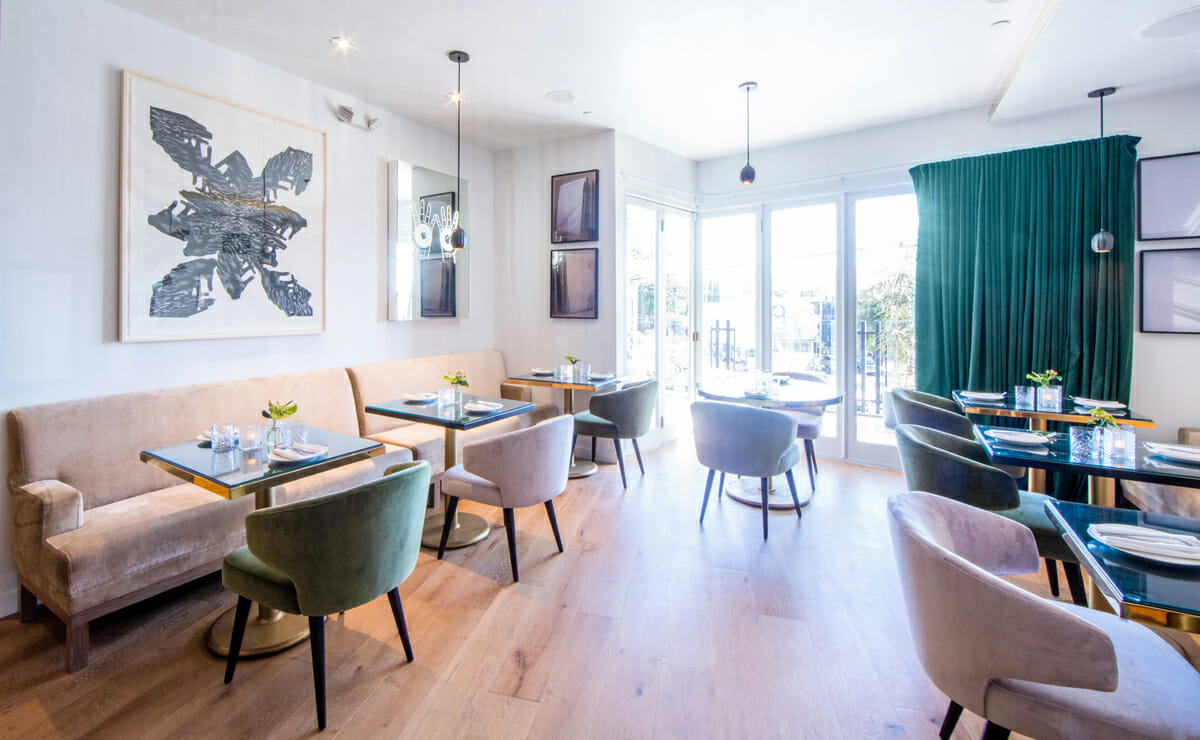 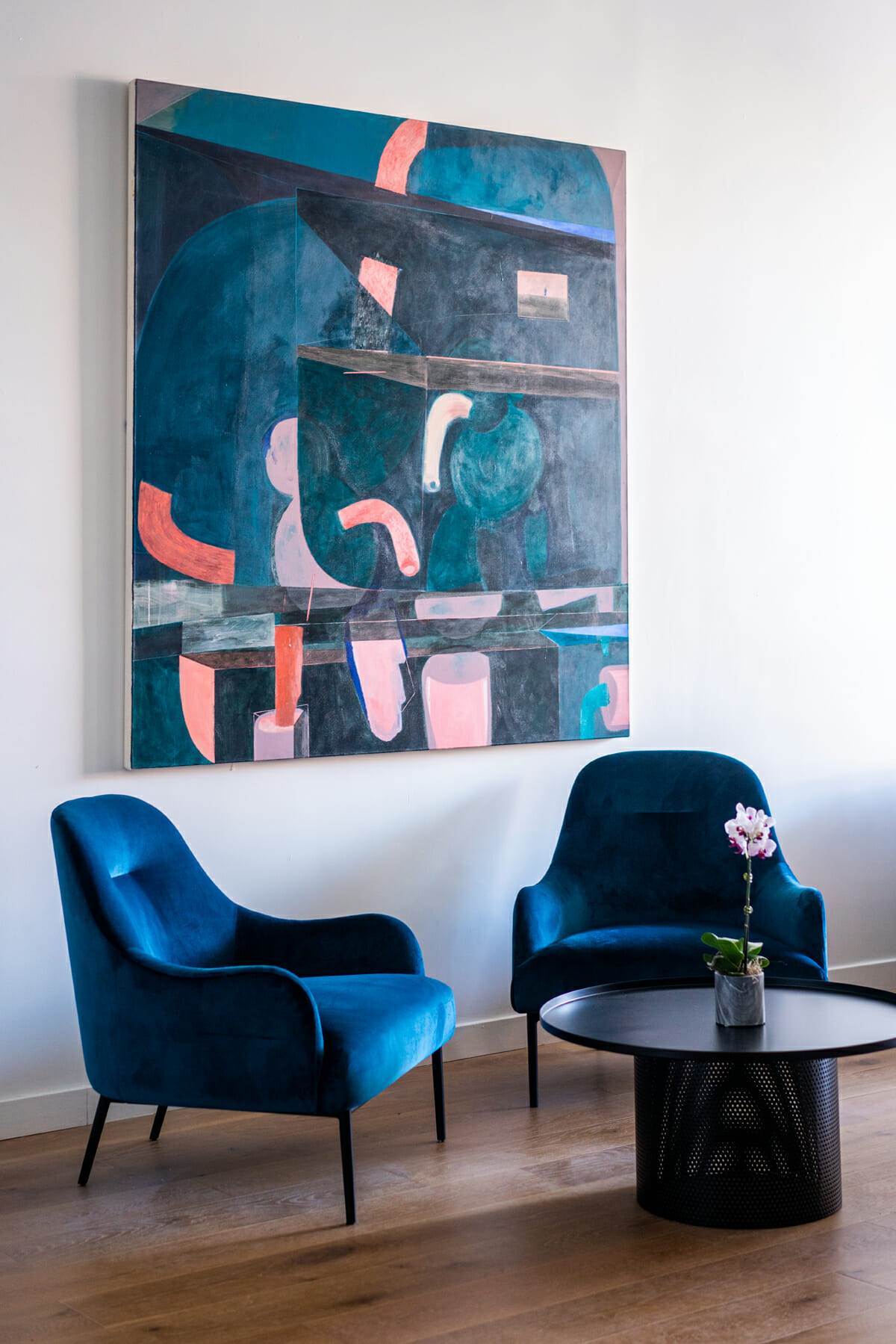 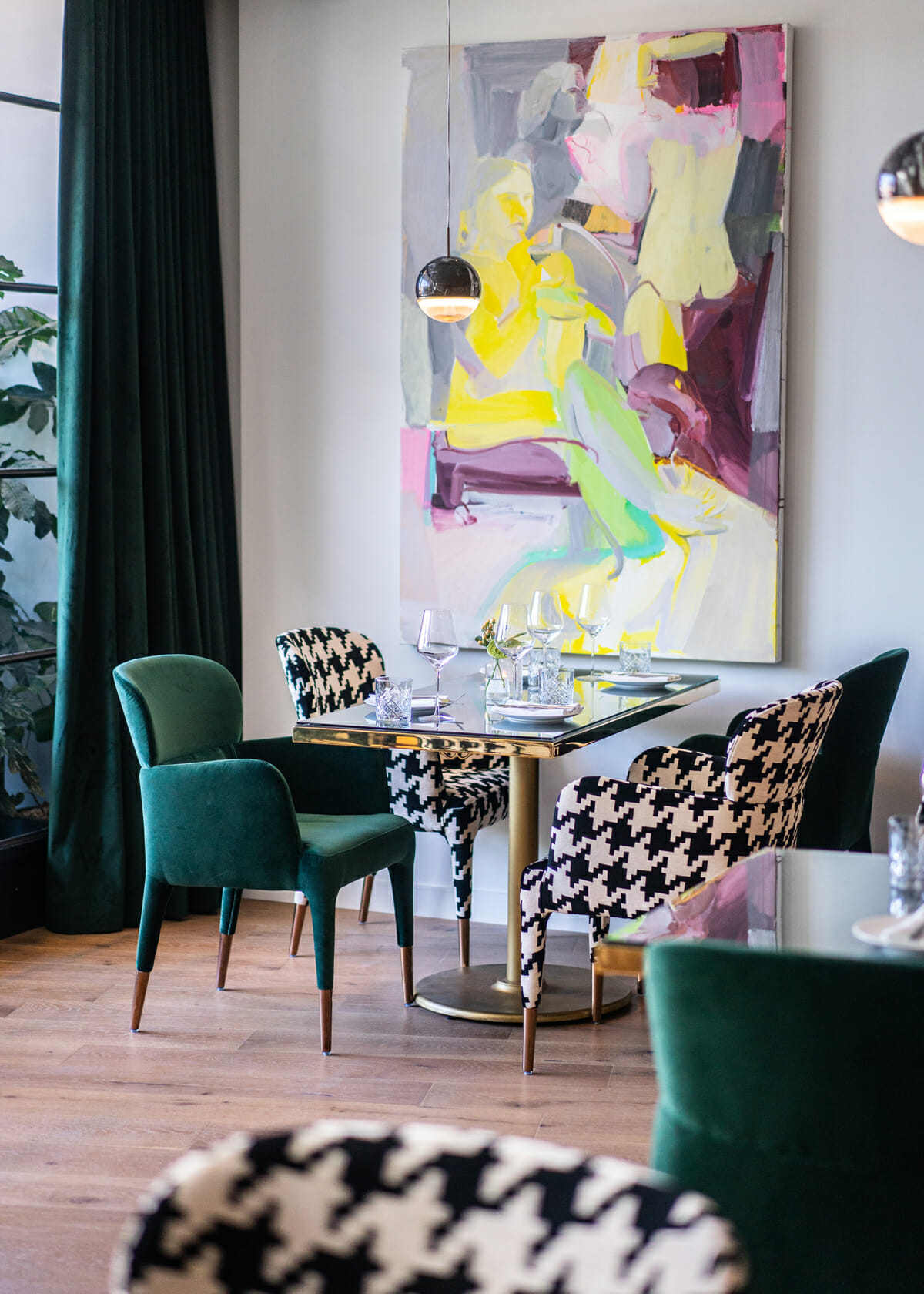 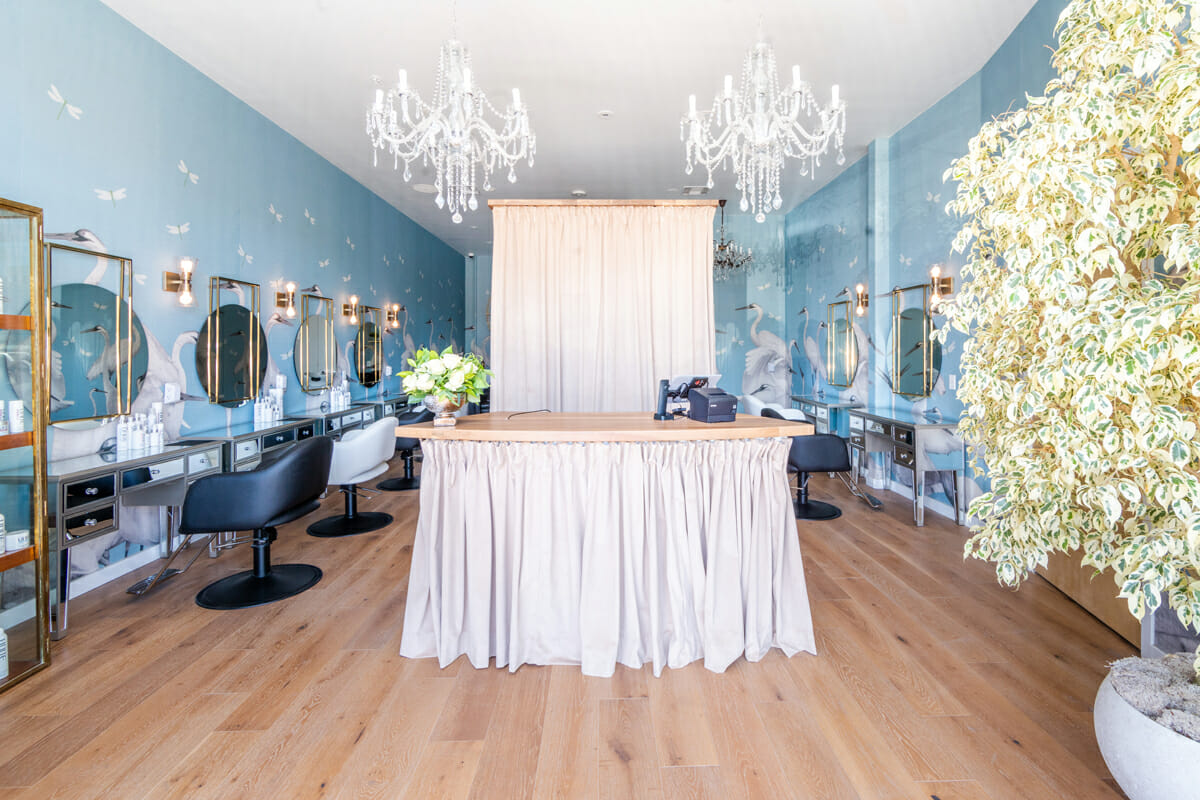 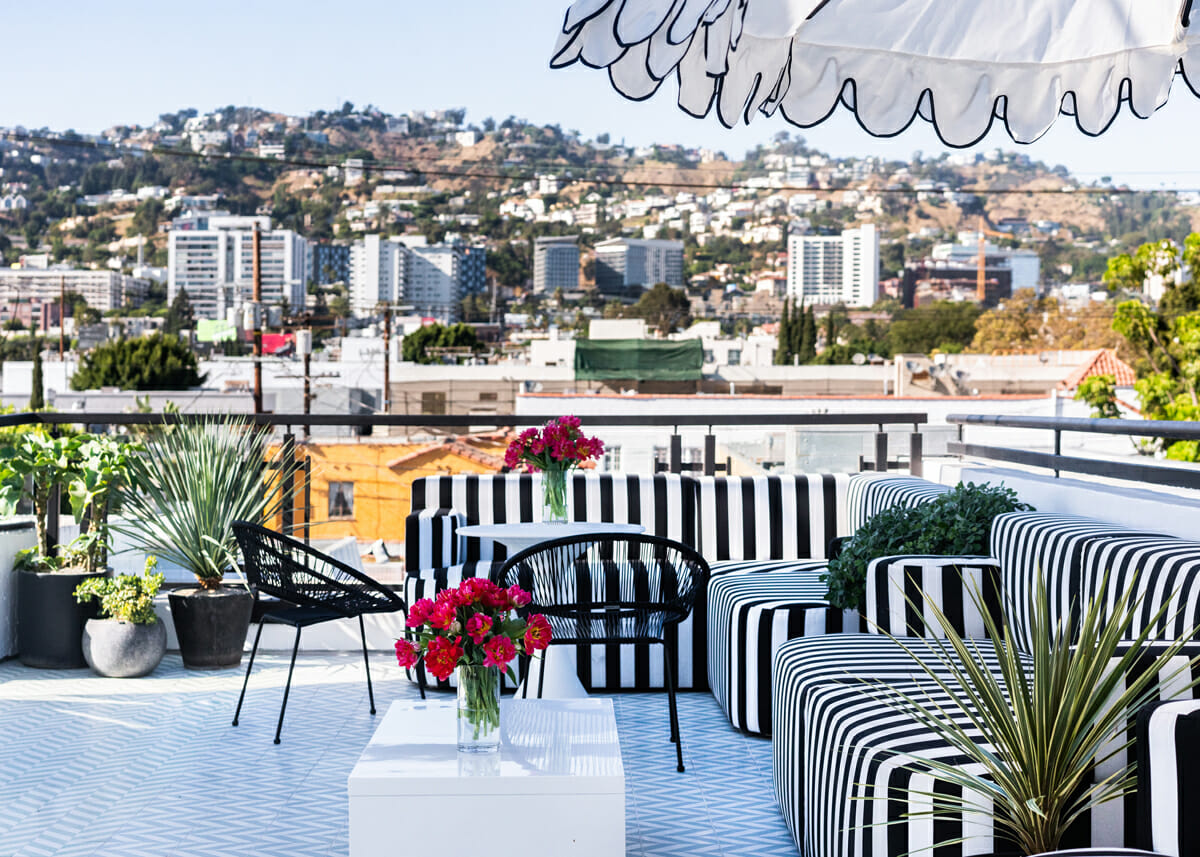 At female-powered The AllBright, everyone's invited to join the social club — whether you're a banker, designer, teacher, fashion insider, or lawyer. Open as of last September on Melrose Place, the London-bred community is among the latest members-only spaces to land in Los Angeles, but it's much more than a networking haven: While you're there, you can get pro career pointers, a haircut, and even a facial from a star-beloved aesthetician.

Co-founder by LoveHomeSwap founder Debbie Wosskow and former Hearst U.K. CEO Anna Jones, the 12,000-square-foot West Hollywood space marks The AllBright's third global outpost following locations in London's Rathbone and Mayfair Districts that opened in 2018 and 2019, respectively. During a visit to L.A. last month, Wosskow told UncoverLA that another London location is in the works, and East Coast-based women will soon be able to enjoy the club's stylish setting and members-only perks when it opens its first New York outpost, a 13,000-square-foot space in the Meatpacking District, at the end of this year.

"The programming themes around confidence and resilience, how to build a network, financial literacy… that's the same everywhere," Wosskow tells us. "There's a massive wellness bent that we put on in L.A. that isn't quite the same in London. We really focus on the membership being as diverse as possible industry-wise. Our members as you would expect, are very emotionally invested in this being their home away from home and they're not slow on telling us what they want or need, and that's really important."

The L.A. location offers co-working spaces, a restaurant, beauty and wellness salons, and a full schedule of inspiring events. Everything under its roof is led women, from the food and self-care menus to the over 150 works of contemporary art (which are also available for purchase) by female artists and photographers selected by curator Beth Greenacre, whose past clients included the late David Bowie.

And next month, the beauty roster will temporarily include a celebrity-beloved medical aesthetics specialist who's known for her cult-favorite skincare brand; she'll be popping up for three months with her fountain of youth-like treatments. (Stay tuned for more.)

The ground floor features an event space, hair and nail salon Powder & Bloom, and star-beloved facialist Georgia Louise's first-ever U.S. skincare pop-up, which is wrapping up its stay next month. Upstairs, members can enjoy a zero-waste restaurant and coffee bar, indoor and outdoor co-working spaces, a screening room, podcast studio, a rooftop terrace, and rental spaces that can be booked for private gatherings.

Helmed by award-winning chef and former Great British Menu star Sabrina Gidda, the eatery serves up dishes like Baja fish tacos, cauliflower and kale orzo salad, Korean spiced salmon, and other Cali-inspired fare made with ingredients sourced from female-led farms and businesses. It's also only of two L.A. spots where you can get your hands on the oft-sold-out miso sauce from farmers market favorite Ai Fujimoto, and even the menu features women powerhouse-inspired cocktails (think the Lovelace Gin & Tonic and the Paloma Del Carmen).

While only members have access to the workspace, restaurant, career and cultural programming, and other perks, anyone can book a chair at The AllBright's wellness and beauty studios. At Powder & Bloom, offerings include manicures and pedicures for grown-ups ($32 to $42 and up) and kids ($12 to $27), blowouts ($55 and up), dusting ($35), and hair styling ($70 to $90); members score a discount on those prices.

Down the hall at Louise's atelier, expect a range of luxe glow-giving facials and body treatments now through March 3, such as the 30-minute Non-Surgical Lift ($250), which combines an enzyme cleanse and microcurrent to firm and tighten the face; and the one-hour signature Bespoke ($350), which uses galvanic currents, sound waves, oxygen, gua sha massage, and LED light therapy. You can also get the 80-min. Bespoke Ultimate ($500) which adds on microcurrent and therma-tone technology, cryo-tools for de-puffing, ion oxygen therapy, and a custom mask; or the 90-min. Bespoke Royal ($650), which includes all of the above, plus additional high-tech devices for even deeper visage regeneration, tightening, and firming.

Members also enjoy career and leadership coaching and a packed event schedule, including morning coffee mixers, fitness classes, workshops on everything from cooking to coding, panel discussions, intimate dinners, and book clubs (to name just a few), plus access to The AllBright's Connect app and online Academy.

Membership is $2,300 per year (plus a $300 registration fee) or $5,400 for three years; if you're in the 27-and-under club, it's $1,300 annually. Get more details and apply to join The AllBright here, and scroll through the gallery above to see more inside the inspiring space.

0
Danielle Directo-Meston February 25, 2020
ADVERTISEMENT
GET OUR NEWSLETTER
MOST READ THIS WEEK